Sleeping immediately after suhoor .. What did the experts say? 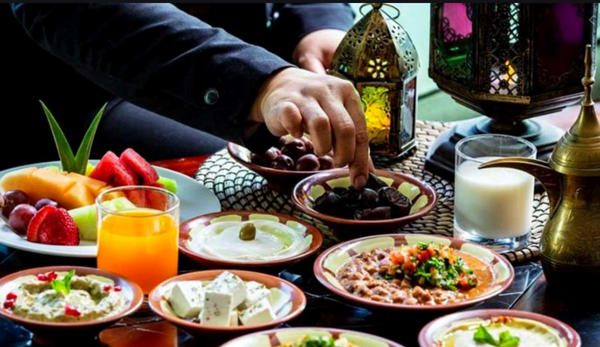 Among the wrong habits that many have been in during the month of Ramadan, sleep immediately after eating the suhoor meal, while experts warned of the harms of that habit, and advised to leave a sufficient period between the pre-dawn meal and sleep, so that the body is not exposed to infection with many different diseases.

Nutrition experts stressed the importance of staying awake for some time and practicing some activities before bed, so that the person does not suffer a lot of damage and negative repercussions on the vital functions of the body.

According to the nutrition and obesity consultant, Dr. Iman Fikry, the suhoor has many benefits, provided that you do not overindulge in food, and that it be a light meal such as yogurt, cheese and eggs, as that meal provides the body with the energy it needs during the hours of fasting, but at the same time, not sleeping immediately after eating a meal Suhoor, as this would negatively affect public health and lead to weight gain. According to Sky News.

The advisory explained the most important damages resulting from sleep immediately after eating the pre-dawn meal, including heart, liver and colon diseases. Therefore, after consuming the pre-dawn meal, a person must remain awake between an hour to two hours to give the body an opportunity to digest food, especially for those suffering from Irritable Bowel Syndrome. To avoid infections or swelling.

The nutrition and obesity consultant also warned against eating fried foods during the suhoor meal, confirming that they cause bloating and indigestion, and then the person feels bloated and discomfort throughout the fasting period on the next day.

She pointed to one of the damages caused by sleep after eating the suhoor meal, which is weight gain, which is a problem that many suffer from in the month of Ramadan, because blood after eating is saturated with the necessary energy and not using this energy leads to its retention in the body in the form of fat, which increases Weight quickly in no time.

Fikry continued, “The full stomach affects the lung and the breathing process, which leads to breathing difficulties during sleep, and therefore it is always preferable to have the suhoor meal two hours before bedtime, and it is also recommended to move after eating the suhoor meal, in order to help speed digestion and absorption, build tissues and stimulate the cycle.” Bloody stomach.

To reduce the feeling of thirst, the nutritionist advised to stay away from foods that contain high salts, which cause the withdrawal of water from the cells, and then lead to a feeling of intense thirst throughout the day. She also advised several foods that can be eaten before bed if necessary, such as yogurt with fruits, and it is preferable to put berries or strawberries because each of them contains vitamin “B6”, which produces melatonin, which helps in a healthy sleep.

And she continued that the oatmeal with fruits is of high nutritional value and saturated, thanks to the whole grain of oats that make the fasting person feel full for a long time, explaining that dates also have many benefits, as it is rich in fiber and provides the body with the necessary energy, so it is preferable in the suhoor to eat a number of dates with a cup Of milk.

Fikry concluded by denying the rumors that drinking caffeinated drinks during the pre-dawn period reduces the incidence of headaches, stressing that the opposite is true, because caffeine works on diuresis, and this results in the loss of a large amount of water, and the body becomes more susceptible to dehydration and feeling Thirsty all day long.

Operation Doolittle: how was the escape of the American pilots after the revenge for Pearl Harbor

A security guard thwarts the theft of 6 air conditioners

The Russians named the professions with the most unfairly low wages