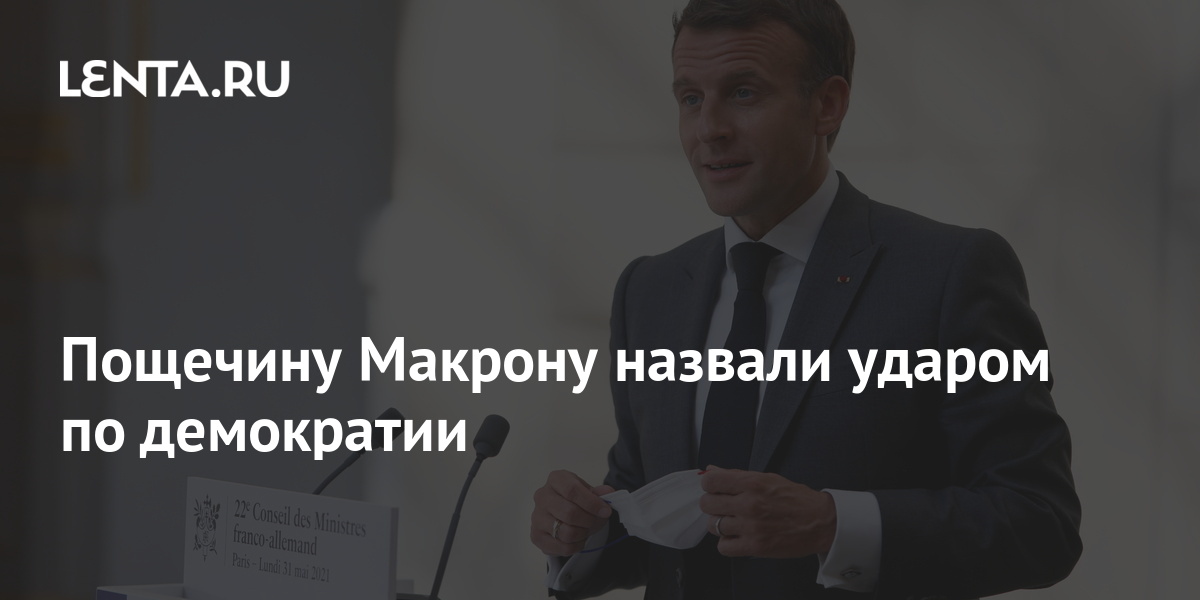 The attack on French President Emmanuel Macron is a blow to democracy, said Prime Minister Jean Castex. This was reported by the BFM TV channel.

According to him, democracy is about debate and clash of opinions, but not verbal abuse or physical assault.

Macron was slapped in the face during a trip to the Drome department on June 8. The French leader approached a crowd of local residents behind a low metal fence, took one of the men by the hand and said something to him, and in response received a blow in the face. After the incident, two people were detained.