Sky-Tim, war breaks out (of nerves). This is why pay TV is at risk 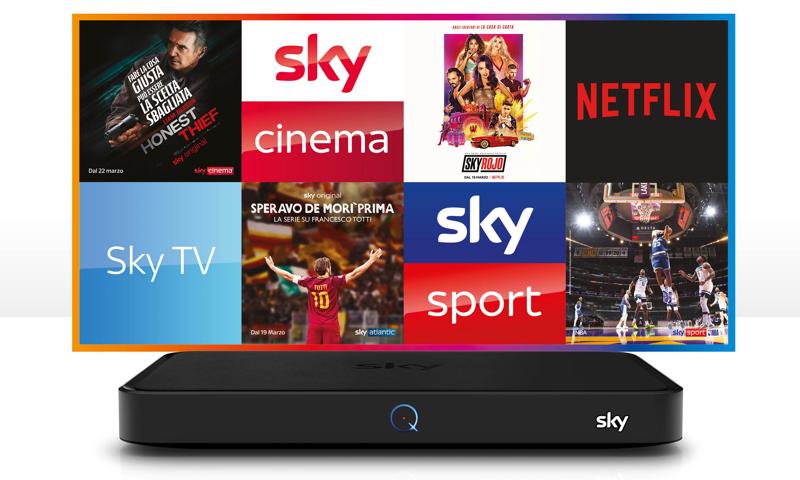 “The triangle no, I had not considered” he sang Renato Zero… but probably not even Sky had done it. By making a mistake. Brief summary of previous episodes. Dazn had won the exclusive 10 games of Serie A football, then reselling the broadcasting rights for three of them to Sky. Which pay-TV, after years as the undisputed market leader, suddenly found itself with the match in hand.

In 2020, thanks to the long stop in the championship, Sky had lost over 600,000 subscribers, then the return to normal yielded a +400,000 which had brought the overall share back to around 5 million. Of these, how many football spectators are there? Obviously, it is news that pay-TV is not willing to share.

But some account in your pocket can be done anyway. During the last few days at Ibarra’s guide – before the Colombian manager moved into Engineering from 1 July – the CEO had declared that a revision of the subscription costs for the “football” package would be carried out, which would not only be deprived of league matches, but also of Europa League matches.

No sooner said than done, the review has arrived. For the quarter 1 July-30 September the cost of the package has been totally eliminated for subscribers (previously it was 15 euros, except for any promotions). And from 1 October it will go directly to 5 €. So doing the math, Sky will lose the entire amount of the subscriptions for 90 days and then reduce them by 66%. A bloodletting, so much so that there has been repeated talk of a cut in the group’s employees around (at least) 20%.

The way Sky interacts with customers, however, suggests that there is the possibility of obtaining better conditions through the intervention of the Authority. Pay TV has in fact appealed to the Agcm against Tim because the telecommunications company would have effectively prevented access to other broadcasters from broadband broadcasting of matches.

Tim, in fact, has signed an agreement with Dazn for the retransmission of the matches. Luigi Gubitosi, the group’s CEO, said in an interview with Journal that today the company is “the home of football”. Sky argues that the Tim-Dazn marriage aims to constitute an oligopoly that privileges (or even makes it the only alternative) the broadband network of the former Sip, penalizing that of other operators.

And it is on this possibility that Sky’s hopes are based. After losing the match on the pitch, she can try to find help from the Authority, which could prove her right if she believes that Dazn’s financial power (backed up by Tim) has been used to create a unique subject for the broadcast of the matches. From Tim, however, they flaunt safety, also because until a few years ago the monopolist (or almost) was Sky.

A further curiosity: today some Sky programs are hosted on the Tim Vision platform, as well as the possibility of obtaining a subscription to Now TV, Sky TV on demand and without satellite dish, at favorable prices. Not only that: Dazn has found “space” on the new Sky Q decoder. In short, the triangle that seemed to work so well today seems to have been definitively broken. Until the next episode.