Sky Brown, the secrets of the 13-year-old skateboard star towards Tokyo 2020 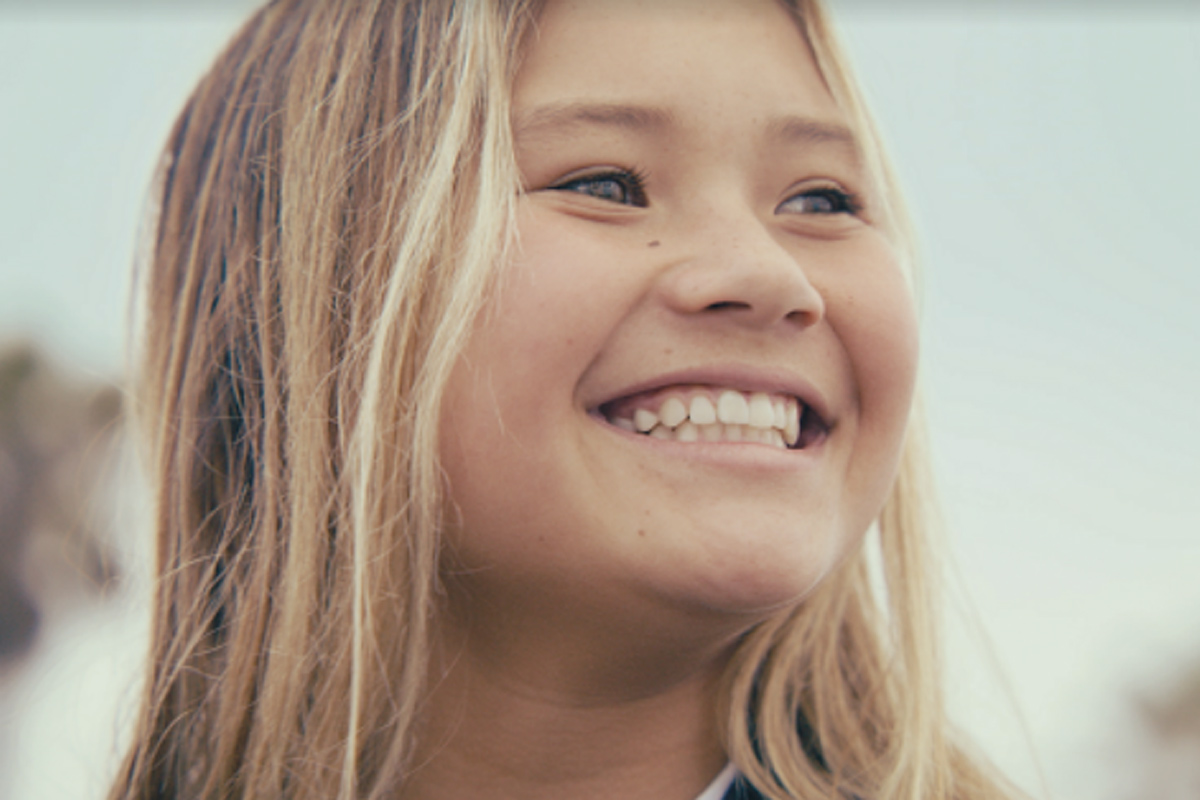 Sky Brown, star of skateboarding towards Tokyo 2020: “I want to inspire girls”

Sky Brown approaches Tokyo 2020 with a specific goal: “I want my presence to Olympic Games be an inspiration for girls. ”The 13-year-old skateboard star talks about herself in the documentary Reaching the Sky exclusively on discovery +. “I was very young at the last Olympics so I didn’t see them much, so I’m thrilled at the thought of Tokyo”

Sky Brown, the secrets of the 13-year-old skateboard star towards Tokyo 2020 in the documentary Reaching the Sky on Discovery +

From Friday 9 July the new documentary, for the Original Series, in view of Tokyo 2020 will also be available in Italy exclusively on discovery +: the protagonist is the star of the skateboard, Sky Brown.

Reaching the Sky explores the journey of the twelve year old from the first steps on the table to the dream of an Olympic medal. The 45-minute film shows moments never before seen in the family, in skateboarding and surfing training sessions, thus offering the viewer the opportunity to uniquely access the life and personality of this talented athlete. whose skills, resilience and ambition betray his age. The documentary also represents the story of the athletic recovery that Sky had to make after a training accident in May 2020, which put his life in danger.

The discovery + Original documentary was recorded in the United States at Sky’s home on the West Coast, and in a number of stunning locations across California and Texas. Sky Brown’s exuberance comes out candidly when he talks about his life, his origins, his training accident and his ambition to win the Olympic gold medal for Great Britain in the Women’s Park discipline, which will take place on Wednesday 4 August. at Ariake Urban Sports Park. Sky is currently third in the world rankings and will be the youngest British Olympian in the history of the Summer Olympic Games.

Reaching the Sky it also features testimonials from famous names in the world of skateboarding and surfing, including world number one street skateboarding Nyjah Houston and surfing legend Rob Machado, who express their vision on the successes and potential of the young phenomenon, which Huston defines ” the future of skateboarding “.

On the making of the exclusive discovery + documentary, Sky Brown explained:

“I am so excited that people in so many countries will be able to see Reaching the Sky on discovery +. It was a lot of fun filming and I got the chance to do some really cool things. Training with Nyjah Huston was crazy, because he is incredible, and surfing with Rob Machado didn’t seem real to me: he has a style that I love and he is very good ”.

“I was very young at the last Olympics so I haven’t seen them much, so I’m thrilled at the thought of Tokyo. I want my presence at the Olympic Games to inspire girls. I hope they will see a little girl like me who reaches this high, and they will think they can too. Then I hope to win the gold, that’s the dream, but if it doesn’t, I’ll still be at the Olympics, which is really exciting. “

The ambitious Sky will compete in skateboarding competitions, one of five sports that will make its Olympic debut at the Tokyo 2020 Olympic Games alongside surfing, sport climbing, karate and baseball (men’s) / softball (women’s).

Sky, who is also a very good surf athlete, reveals in the documentary that his plan is to compete in two disciplines in Paris 2024.

Says this in Reaching the Sky: “I love surfing as much as I love skateboarding. At the Olympic Games in Paris 2024 I want to compete on both the surfboard and the skateboard. “

Scott Young, Head of Sports Production and Content, Discovery Sports, said: “Sky Brown is an incredibly talented young athlete whose breathtaking skills, boldness and personality make her a real star, with a fantastic dream. Its story is fascinating, and we are thrilled to have been able to collaborate with Sky in the making of the documentary, part of the discovery + “Original Series”: Reaching the Sky, it is in fact included in the “Road to Tokyo” programming. by Discovery.

“The film uniquely documents his incredible rise to success and includes exclusive“ behind the scenes ”of his approach to the Tokyo 2020 Olympic Games. Audiences will be able to experience Sky’s journey to Tokyo on Discovery, the home of the Olympics in streaming. in Europe, which will broadcast every unmissable moment of every discipline during the Olympic Games. “

Reaching the Sky it adds to the content already produced by Discovery in the Road to Tokyo, such as the Head to Head series which compares some of the stars of the past, and the Essential Stories format presented by Bridgestone which tells some of the most compelling moments in Olympic history.

In Italy, the Tokyo Olympics will be fully visible only on discovery +. Discovery is the home of the Olympics in streaming in Europe and the only reality where spectators can access so as not to miss any moment of the event.