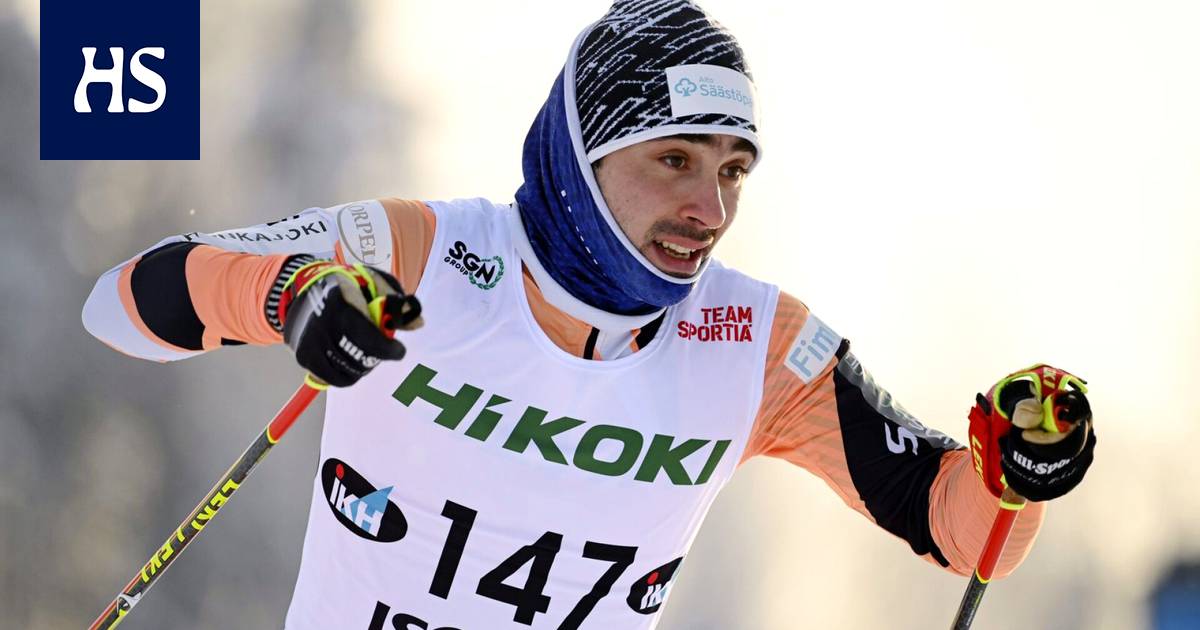 Alexander Ståhlberg, 19, was the strongest performer in the Finnish Championships.

Last World Championship medalist of the winter Ristomatti Hakola returned to real action in the Imatra Finnish Championships as expected after a six-week forced break.

At the end of November, two ribs from Hakola broke the Ruka World Cup 15 kilometers (p) when he crashed at a rapid pace in the so-called Impilinna descent.

On Saturday, Hakola won the Finnish championship for the same trip, but he did not escape the accidents this time either.

Hakola reports that immediately with the second push after the start, the fastening strap of the left rod broke from him.

“Poor luck, and there was no spare rod. Kummel’s stuff came to mind because the spare rods are at home under the bed, ”said Hakola, who achieved the first men’s championship in these same landscapes ten years ago. At that time the distance was 50 kilometers.

Hakola said he skied the first 3.75-kilometer lap with a broken pole until he got an intact pole. It was reportedly a little too short.

“Then I no longer had time to switch to the right length. When that thong went, that stick would probably have flown 80 meters if I had loaded it, ”Hakola described as his nerves tightened.

Hakola left his second-placed Jämin Jänte companion Markus Vuorelan 37 seconds away. The club got a triple victory when Lauri Lepistö took the bronze before last winter’s World Championship medalist Alexander Ståhlbergia, 19, who achieved the best performance of the top men in his own level.

“I was expecting a profit from myself. At least I was able to ski 15 pounds without pain. It’s hard to say when there was this kind of frost, but yes the skiing felt a bit stuffy. There was no skiing that felt good, but I have been in good shape for three weeks, ”said Hakola, who trained in Vuokatti for about a month.

Hakola spoke about the training competition held in Vuokatti, which involved Lepistö and those who fell ill in December Joni Mäki.

Hakola stated that the race went well for him, but did not say more.