Skepticism slows the vaccination campaign in the United States 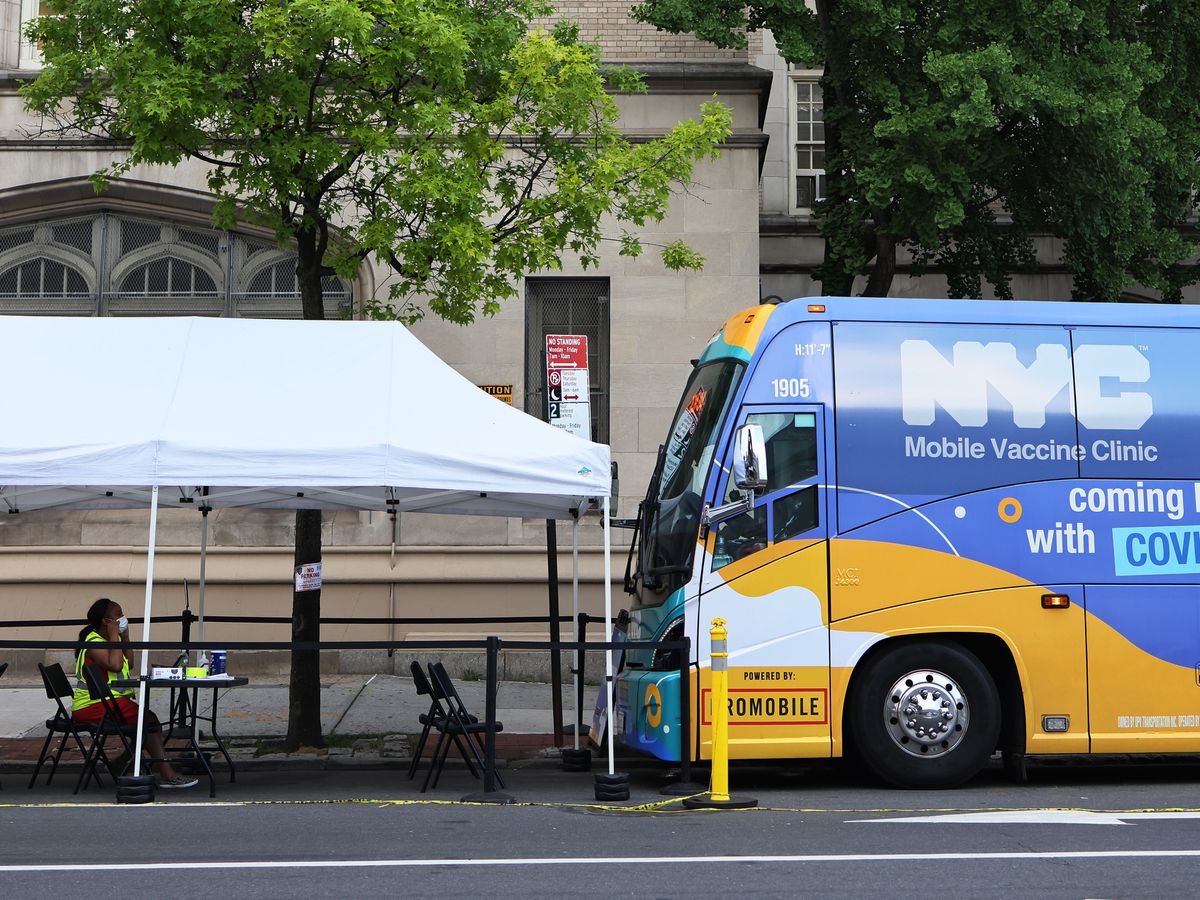 The great goal set by the president of the United States, Joe Biden, to celebrate “independence from the coronavirus” is at risk. The president wants to celebrate July 4 – Independence Day – with 70% of the adult population vaccinated with at least one dose, but the slow pace of injections anticipates that this purpose will not be achieved, albeit narrowly. Since mid-April, when the peak was reached, with 3.4 million doses injected in one day, the vaccination rate has plummeted by more than two-thirds, to just over a million daily doses. It would be the equivalent of only 144,000 doses being put in Spain in a day, when only on Tuesday more than 500,000 were punctured. The brake is set on territories in the South and Midwest, where the most reluctant to immunization are African Americans – the community most affected by the pandemic – who distrust the medical system after decades of racist abuse.

If the vaccination rate continues on the June path, it is likely that by Independence Day 68% of the adult population will have received at least one dose. The epidemiologist Anthony Fauci already showed Tuesday that the White House is aware that the objective is in danger. The Biden Administration’s chief medical adviser said he hopes the goal will be met. “And if we don’t, we will keep pushing,” he added at a press conference.

Even if the president’s goal is achieved, the figures will hide a huge disparity between the coastal and southern territories. In states such as Louisiana, Mississippi and Alabama the percentage of vaccinated is around 35%, while in California or New York it is close to 60%, according to figures collected by The New York Times using data from the Centers for Disease Control and Prevention (CDC). Marcus Plescia, medical director of the Association of State and Territorial Health Officials, clarifies that it is not a problem of vaccine availability. “Some places in the south have even asked that shipments be reduced because they are not using them,” he says by phone.

The skepticism of the southern states towards the medical system is longstanding. Between 1932 and 1972, the United States Public Health Service conducted a biomedical study of 600 African Americans with syphilis. The objective of the program was not to cure them, but to follow their physical and mental evolution to see the effects of the sexually transmitted disease. Many died in what is known as the Tuskegee Experiment, carried out in Alabama, a state in which, due to the slow progress with the process, 70% of its adult population may not be vaccinated for a year.

Epidemiologist Jodie Guest of Emory University works in Atlanta, Georgia, where more than half of the population is black. The arguments that are heard most among those who do not want to receive the vaccine are that they have already been infected, so they do not need it, that they fear that it will affect fertility or that covid-19 is a government maneuver “to get rid of people.” “40 years ago with HIV we heard that, the same concerns have returned,” he says. The expert considers that they are not inappropriate doubts considering the history of racism. “In the past we took advantage of the community [afroamericana] in the name of medicine, ”he says.

“What the Joe Biden Administration has to understand is that the script has to be changed,” explains the doctor. “That is not to appear and say: ‘I come to vaccinate you’, but to say: ‘I am here to answer your questions, what do you want to know about vaccines and how can I help you?” Guest welcomes that the Government has deployed vaccination points in churches, community organizations and leisure centers to reach the heart of racial minorities. “But, in my experience, they probably have to come back four times for people to resolve their doubts and feel safe to receive the injection,” he adds.

During the peak of the pandemic in the United States, the racial gap in the impact of the virus set off alarms: African Americans, Hispanics and Native Americans died at a rate almost three times higher than whites, and those hospitalized were four times more. One of Biden’s first steps in the White House was to launch a plan to reverse the inequity of the vaccination system. But the gap persists despite efforts to reach the poorest areas with mobile clinics or alliances with neighborhood religious and neighborhood leaders.

Latinos are also getting vaccinated at a proportionally slower rate than whites, but they do have a significant interest in doing so. According to a survey by the Kaiser Family Foundation, the low community rate is due to misinformation about cost and access, as well as concerns about employment and immigration issues. Guest, who works with the Latino community in Atlanta, says many work part-time jobs and fear potential side effects will prevent them from returning to work immediately.

Marcus Plescia remarks that it takes time to restore trust in a community, but he believes it will be done. “Vaccines are not something new, but how we make them now, yes,” he points out to explain the fear and anxiety he sees among those who do not want to receive them. He acknowledges that the health community is “concerned” about a possible new wave in states where the immunization rate is low, and believes that in order to mobilize people, the message must be reinforced that if they do not get vaccinated, they may not just get sick Rather, “people will die and hospitals will fill up again.”