The volcano on the Canary Island of La Palma has been spitting ash and lava for weeks. One end is not foreseen. In addition to the great destruction, the fire mountain also provides new income.

La Palma – The spectacular and particularly destructive volcano on the Canary Island of La Palma has lost nothing of its intensity on Sunday – six weeks after its eruption. The fire mountain in the Cumbre Vieja in the south of the island attracts more and more tourists.

Over the long weekend with All Saints’ Day on Monday as a public holiday, around 10,000 mainly Spanish visitors came to the small island, as the newspaper “El País” reported, citing the Pevolca Emergency Committee. The authorities set up a free shuttle bus service to the Tajuya lookout point, from which the volcano can be easily observed. Traffic with private cars towards the volcano has been restricted.

Volcanic ash in the north

Because of adverse winds, a large amount of volcanic ash was carried to the north of the island, where it covered the landscape with a gray-black layer. Photos of the Roque de los Muchachos observatory located there, whose white domes were covered with black ash, could also be seen on the Internet. Of some houses closer to the volcano, only the tips of the chimneys protruded from the ashes that lay like black snow on the landscape.

The island continued to be shaken by many weak to medium earthquakes, the strongest since the eruption was recorded at 5.0 on Saturday. It was felt on La Palma and partly on three other Canary Islands, Tenerife, La Gomera and El Hierro. No significant damage was reported.

A volcano has been simmering on La Palma for two weeks. While the residents are finally allowed to go outside again, another chimney is already showing. 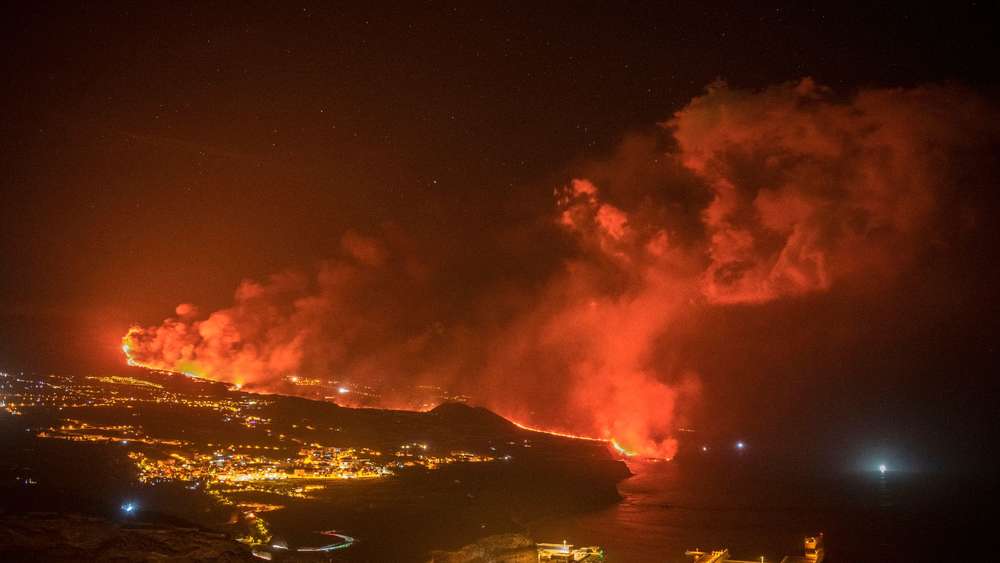 New vent on the volcano on La Palma

No all-clear on the Spanish island of La Palma: At the volcano, which has been active for almost two weeks, there is a new vent from which lava flows.

New vent on the volcano on La Palma 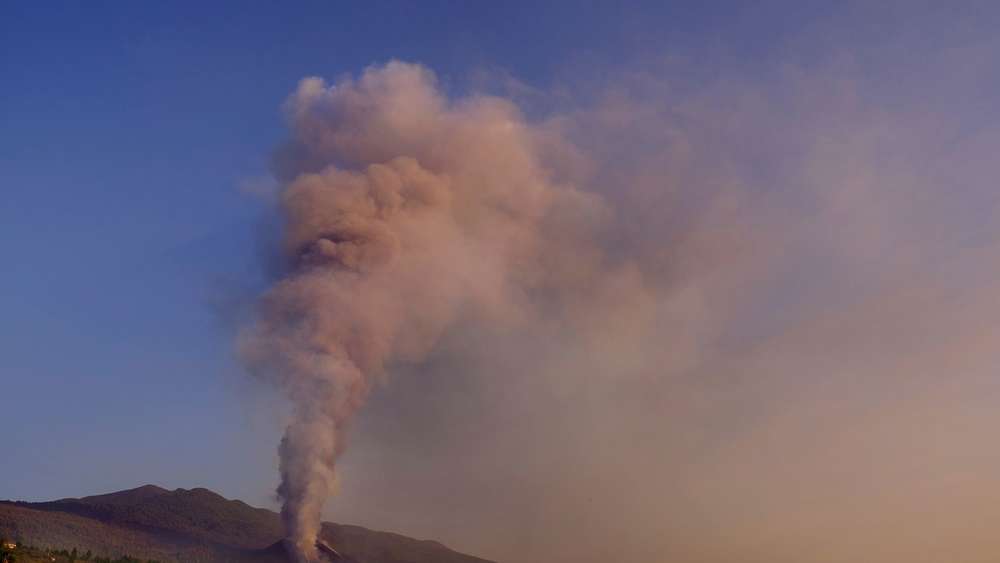 The volcanic eruption on La Palma causes great damage. 5500 people have had to leave their homes so far. The government announces millions in aid

Since the volcanic eruption there have been dozens of tremors on La Palma every day. Since most tremors continue to take place at depths of well over 30 kilometers, they do not pose a significant threat, according to experts. However, they suggest that the volcano on the Atlantic island off the west coast of Africa will remain active for some time.

More than 2500 buildings were destroyed

Since the volcano, which still has no official name, erupted again on September 19 for the first time in 50 years, the lava, at times almost 1,300 degrees Celsius, has completely destroyed more than 2,500 buildings, according to the European Earth observation system Copernicus. Accordingly, a total of 963 hectares were covered by a meter-thick layer of lava. This area corresponds to more than 1,300 soccer fields. More than 7,000 residents have had to be brought to safety since the volcano erupted. For a few days now, the lava flows have only been moving very slowly towards the coast. dpa

Liga MX Femenil: The Pachuca players who were already champions with another team

For the second time in its history, the Pachuca will play a final Women's MX League. The team from Hidalgo...

Aston Martin is one of the teams to have started the new technical cycle of Formula 1 with greater difficulty....

Luis Miguel 3: the last call from Marcela Basteri, according to the singer's great aunt

With the year 2022, many technology companies are preparing to launch a range of their mobile phones, especially the Galaxy S22 Ultra.