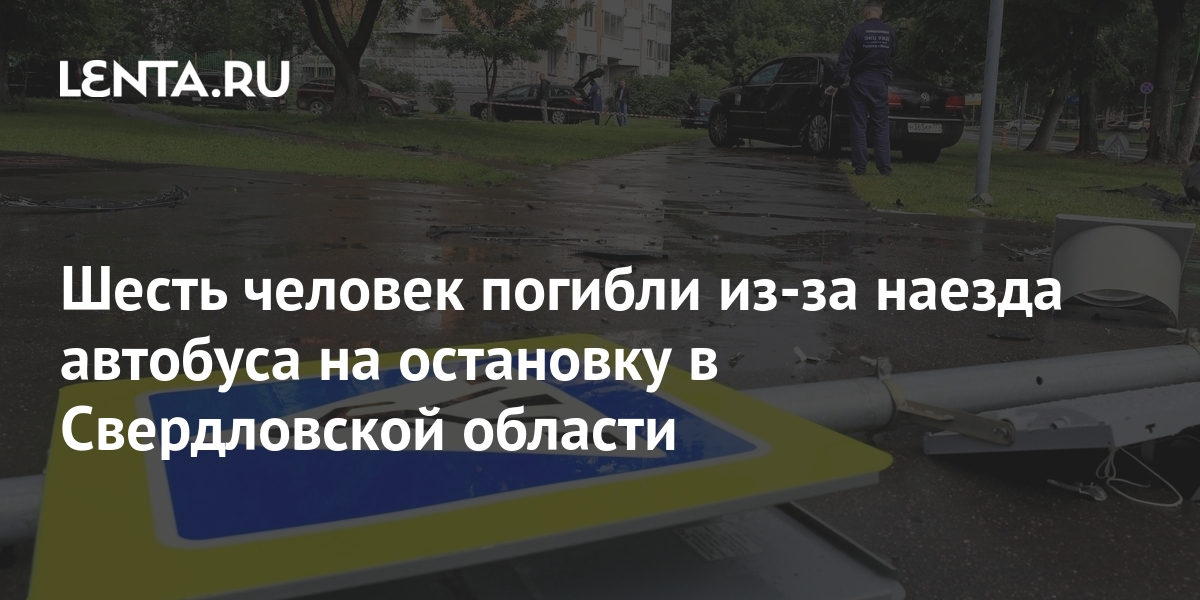 In the Sverdlovsk region, six people died in an accident with a bus, reports Interfax…

Another 15 people were taken to hospital after the accident. The identities of the dead and injured are established by police officers.

According to the agency, the accident occurred in the closed city of Lesnoye, the village of Gorny – on Kalinin Street, a bus from the mountain rammed the gates of the enterprise and knocked down people who were at the stop of the plant’s checkpoint as a result of brake failure.

In May, in Yekaterinburg, a car drove into a crowd of pedestrians after an accident. The accident happened on Lenin Street, 48. Seven people were injured, including two children. Previously, one car drove out at a red traffic light, and from the impact the car flew to the sidewalk where there were pedestrians.