Sinn Fein, the political arm of the IRA, apologized for the murder of Lord Mountbatten 40 years later 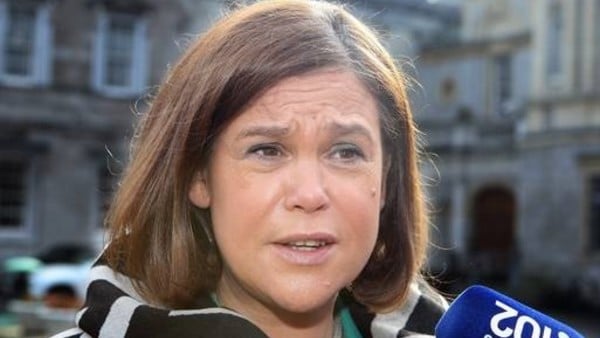 The Duke of Edinburgh did not live to see it. But Sinn Fein, the political arm of the Irish Republican Army and a central figure in Northern Ireland politics, he asked “sorry” for having murdered Lord mountbatten, the beloved “Uncle Dickie” to the Royal Family and former Viceroy of India, in a terrorist attack on his yacht, in Ireland in 1979.

Mary Lou McDonald, Sinn Fein’s first president after the Good Friday Peace Agreement in Northern Ireland, apologized for the “heartbreaking” death of the Duke of Edinburgh’s uncle and mentor. Is the first explicit apology of this type of a leader of the republican party for the assassination.

Lord Mountbatten, who was Prince Philip’s false father when he came to Britain without a family and raised Prince Charles, was assassinated when the IRA blew up his fishing boat, in the village of Mullaghmore in Co Sligo. He had been spending his vacation at his summer home at Classiebawn Castle.

When asked if he would apologize for the murder, Sinn Fein President Lou McDonald told Times Radio: “I can say, of course, I’m sorry it happened. Of course it’s heartbreaking“.

Speaking the day after Prince Philip’s funeral, McDonald said that his job now was “to lead from the front.” “I think it’s our job to make sure that no other children; that no other family, regardless of who they are, face the kind of trauma and anguish that, sadly, was all too common on all sides, ”he said.

“I have an absolute commitment and responsibility to ensure that no family ever faces that again. And I am pleased to reiterate it at the time and on the weekend that her Queen buried her beloved husband, “she said.

However, McDonald added that “the army and armed forces, associated with Prince Charles, carried out many, many violent actions on our island.”

The consequences of the civil war

The civil war between Catholics and Protestants in Northern Ireland left at least 3000 dead and lasted 30 years. They achieved peace in lengthy negotiations that ended with the Good Friday agreement, initiated by British Prime Minister John Major and followed by Tony Blair with the support of Ireland and Bill Clinton.

Today it is endangered by Brexit and the refusal of Protestants to accept the Northern Ireland Protocol, that regulates Brexit and the passage of goods between Great Britain and the EU.

McDonald’s comments were made six years after a meeting between Prince Charles and Gerry Adams, Sinn Fein leader in the Peace negotiations and former IRA commander in Belfast, at the National University of Ireland in Galway.

The McDonald’s comments were made six years after a meeting between Prince Charles and Gerry Adams. Photo: Reuters

At the time, Prince Charles spoke about how the murder of his “much loved” uncle helped him understand the pain that the people of Northern Ireland suffered during the 30-year riots.

“At the time, I couldn’t imagine how we would come to terms, with the anguish of such a deep loss. Because, to me, Lord Mountbatten represented the grandfather I never had, “he said before visiting Ireland in 2015.” So it seemed to me that the foundations of everything we value in life had been irretrievably torn apart, “he said.

“Through this ordeal, however, I now understand in a profound way the agonies endured by so many others on these islands, of whatever faith, denomination or political tradition,” he concluded.

The journey of reconciliation

Queen Elizabeth traveled to Ireland for the first time between May 17-20, 2011 on a state visit and in a gesture of reconciliation, together with the Duke of Edinburgh. In 2012, on another royal visit, he greeted and spoke with Martin McGuinness, former head of the IRA and Deputy Prime Minister of the Legislative Assembly in Belfast, who has now died. The first he had considered premature.

Sinn Fein’s president McDonald’s comments deviate from her predecessor, Gerry Adams, who has expressed regret in the past. But he insisted that Lord Mountbatten “knew the dangers” to visit Ireland.

The IRA bomb that was planted on Lord Mountbatten’s fishing boat also killed his grandson, Nicholas Knatchbull, 14, and Paul Maxwell, 15, a local boy who acted as part of the crew.

His eldest daughter’s mother-in-law, Baroness Brabourne, 82, died of her injuries the next day.

Battlefield 6 is only coming to next-gen consoles