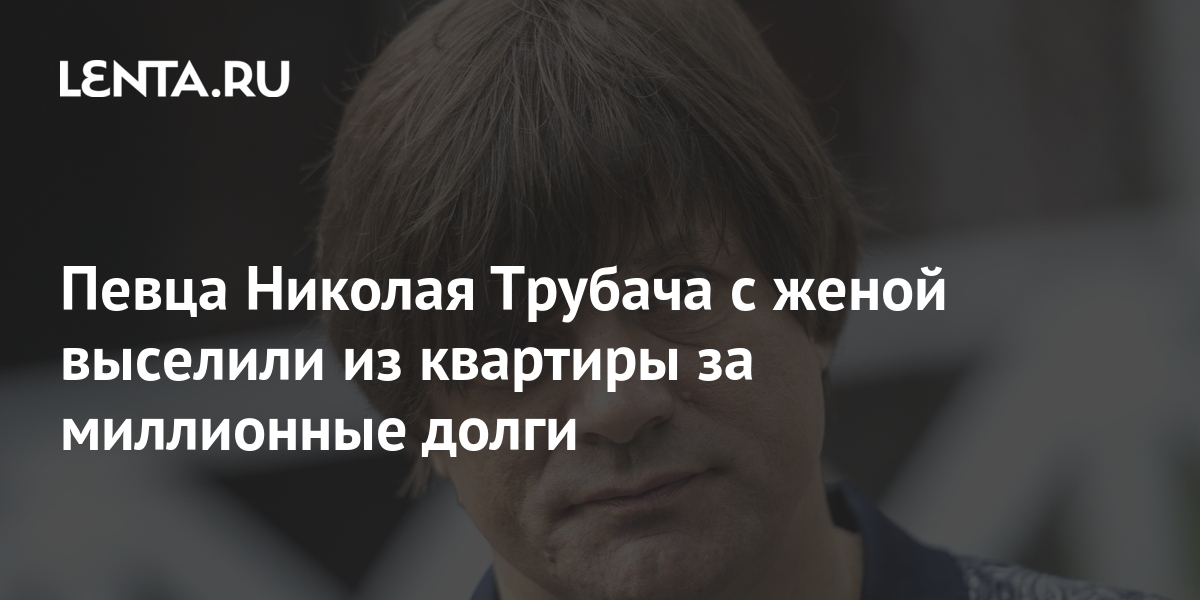 The Moscow City Court ordered the Russian singer Nikolai Trubach and his wife to vacate a three-room apartment in the center of Moscow due to debts of millions. It was reported by Starhit on Sunday, June 6th.

It is noted that on the website of the bailiffs, Trubach’s wife has a debt of nine million rubles. In addition, creditors of Moscow and St. Petersburg are suing her, and the total amount of debts exceeds 40 million rubles.

51-year-old Nikolay Trubach (real name – Kharkovets) – Honored Artist of Ukraine, known for such hits as “Women’s Love”, “Five Minutes”, “Learn to Play the Guitar” as well as the composition “Blue moon”. There are seven studio albums in his discography, the last disc, titled “Were and Will Be”, was released in 2012.