Singapore: these are the incentives launched by the country to attract workers 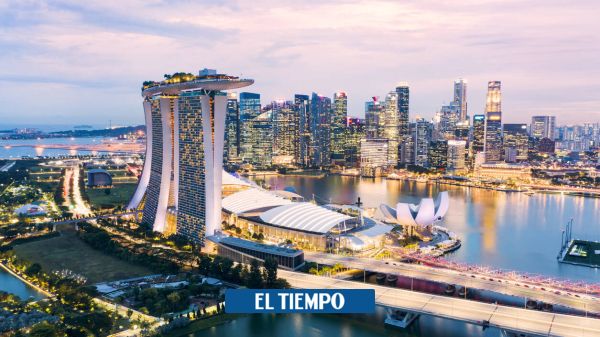 The world’s second-richest country is now banking on also being the world’s biggest hub for talent. Through a new series of incentives within the labor landscape, Singapore promises both its workers and companies to become a stable place to invest, live and work.

With the aim of facing an increasingly tight and changing labor market, the Ministry of Manpower (MOM) of the Asian country announced on Monday a series of new rules that would mainly benefit foreigners and international companies.

“As a country with few or no natural resources, talent is our only resource and talent acquisition is an offensive strategy for us,” were the words of the Singaporean Labor Minister, Tan See Leng, when referring to the incentives launched by the State to attract workers.

The global search for talent is more active than ever and Singapore has already started to show its first steps in growing a competitive job market. This time, the introduction of a new five-year visa for foreign citizens would be one of its main strategies to consolidate the workforce in the country that has had a constant economic recovery after the pandemic, according to the MOM.

Overseas Networks & Expertise (ONE) Pass is the new job pass whereby workers from the Asian country with fixed monthly salaries of $30,000 (a little more than 130 million Colombian pesos) will be able to work simultaneously for several companies in the country.

With this initiative that will enter into force on the 1st. January 2023, foreigners will not only have the possibility of obtaining a work permit for five years in the country but they will also be able to work for an employer, operate a business and even several businesses.

However, the salary will not be the only factor to take into account to apply for the job pass. International candidates will need to prove that they have worked for a company abroad for at least one year. If not, they will have to prove their future vacancy in a company established in Singapore.

(Read on: The Country Where For Decades Only The Rich Could Get Passports.)

People with outstanding achievements in fields such as arts and culture, sports, science and technology, and academia and research are also may apply for the pass without the need to meet the salary criteria mentioned above.

Although it is a promising proposal, the changes do not end there. From the 1st. September next year Singapore plans to exempt some companies from the need to advertise locally before hiring foreigners, under a Fair Consideration Framework system, with which it is expected to reduce the processing times of the existing passes of international professionals.

Some famous businessmen have already begun to approve the decisions announced by the government. “Singapore seems to be really addressing the gap at the top end of talent, not only in terms of salary, but also skills. Talent, globally, is quite mobile and there are a number of competitive hubs trying to access that global talent”expressed Amit Gupta, president of TiE Singapore for the American media ‘Bloomberg’.

Despite its risky bets to provide greater job opportunities for workers, Singapore would not be the only country in search of international talent. Hong Kong and Thailand have also been firm in their proposals to improve global visas.

The new employment rules in Singapore will take effect from this year 2022.

In the case of the Southeast Asian country, its great proposal is to introduce a 10-year visa to attract qualified workers and investors with the aim of encouraging growth in the economy.

See also  Rebecca Makkai: “Only extremists believe that you cannot write from other points of view”

So far, Singapore has shown its intentions to open its doors to the world while showing its commitment to safeguarding local jobs. Although it is not yet known what the real effects of this type of change will be or if it will win the battle against its strong contenders, the truth is that the government’s decisions aim to combat the shortage of global talent and turn the country into a world financial center. .

India will demolish the Twin Towers of Noida, the tallest in that country