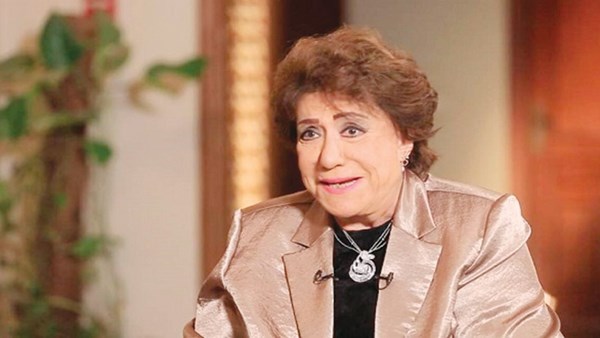 Since she participated in the play “Ya Us Ya Hayya” with Abdel Rahman Abu Zahra and Samir Sabry in 2009, the artist Samiha Ayoub has been absent from the stage.
Her return comes after an absence of 12 years through the play “Waiting for.. Baba”, which was titled “Morstan”, with the participation of Ashraf Abdel Ghafour, Samah Anwar, Ahmed Salama, Nourhan, Fathi Saad, Rami Al-Tambari, and prepared by Ayman Ismail and Samir Al-Asfouri, who He takes it out.
Author Ayman Ismail told Al-Ittihad that rehearsals for the play had recently resumed, after it had stopped over the past period because the actors were busy with Ramadan series, and that it is scheduled to be shown soon on the national stage, and indicated that the play was taken from the play “Bir Al Salam” by writer Saad El-Din Wahba. And that its events revolve in a philosophical struggle between illusion and reality, reality and dream, through the story of the family of a large man who owns a huge wealth, and he is paralyzed and requires bed and prevents him from moving and speaking, but he does not lose his ability to follow those around him and monitor their actions, and his suffering shows the greed of some of his children, In exchange for some people’s love for him, and their belief that he will recover and rise from his slumber in the “Bir al-Salam”, where he lives, and sacrifice everything for him.
It is noteworthy that Samiha Ayoub had presented many successful plays throughout her artistic career, including “Fi Ezz El-Dahr”, “The People Who Are in the Talts”, “The Khedive”, “Rabaa Al-Adawiya”, “Sit Al-Malik” and “Maqlab Attiyat” ”, “The Death of Cleopatra”, “Bir Al-Salam”, “The Safety Railroad”, “The Namous Bridge” and others.