Simon’s warning for when the state of alarm ends 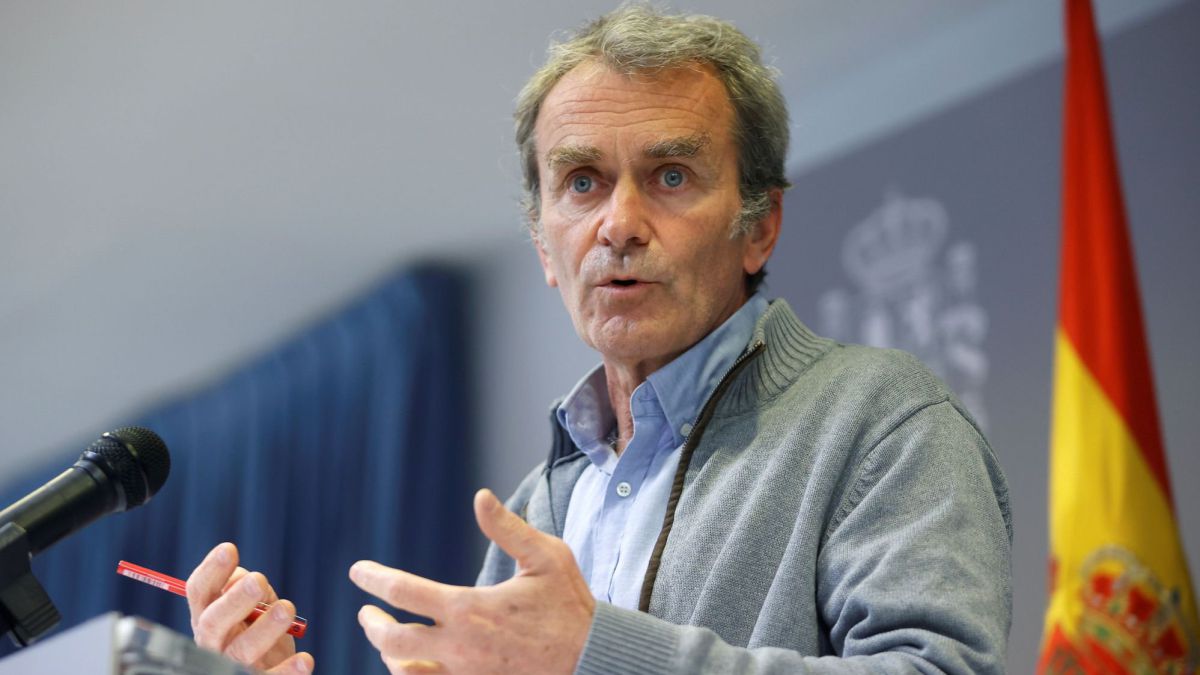 Fernando Simon, director of the Center for the Coordination of Health Alerts and Emergencies (CCAES), appeared before the media to report on the evolution of the pandemic of coronavirus in our country. This Monday, Health has notified 21,071 cases and 121 deaths since Friday, last day of data update. The cumulative incidence continues to rise and stands at 230 cases per 100,000 inhabitants in the last 14 days.

Simon began by pointing out that “lThe protection measures are important until we have very high coverage of vaccinated population, from 65 to 70%. It gives the feeling that the effect that we might have expected for the increase in mobility at Easter is not taking place “.

He also reviewed how the hospital situation is currently: “A slight increase is being observed in the level of hospitalization in ICU. It is true that the ages of the patients are progressively changing. The average age of the cases Yes, it has dropped because we have fewer cases in those vaccinated and we also have less serious cases in the older ones. Therefore, the ages are gradually decreasing. The stays of people who are less likely to die are longer. There is less lethality and the stays are a little longer “.

Simon wanted to send a warning when the state of alarm ends on May 9: “Whether the state of alarm ends or not It is not the same that mobility restrictions end. They are two different things. It is still possible to make restrictions on a smaller scale that can be maintained. Let no one confuse the end of the alarm state with the end of the transmission measures. Let’s not make mistakes that we have already made in the past and think that reducing some measures implies reducing all “.

“It is true that on May 9 we’ll be in an even better situation than we are now. We have about 20% of the population that have received a dose of the vaccine. The sensible thing is to wait to assess the situation a few days before and make a final proposal. With the evolution of now I think that the state of alarm would not be necessary, but we have to wait. All options are being worked on “, he stressed.

The epidemiologist was also questioned about the digital vaccination certificate: “LlIt is a complicated and long process. It’s a matter of weeks. The forecasts are that it will not be available until the end of June. The situation then is going to be very different from now, with a situation in which the transmission level will be much lower.. The application of the certificate should be assessed when it is going to be used. “

The European Medicines Agency (EMA) will pronounce itself tomorrow on the Janssen vaccine, paralyzed since last week due to thrombi that occurred in the United States. In this regard, Simón was asked about when it could be inoculated in our country: “We owe it to the EMA and the decisions that are applied in Europe will depend on their own criteria. When the EMA raises its position, I believe that Europe will begin to vaccinate. “

Regarding the second puncture they have to receive those already immunized with AstraZeneca, he pointed out that “it has not been ruled out that a second dose can be applied. The number of people with serious effects is minimal. “

Simón spoke about the celebration of massive acts: “Over the mass events, each of them has to be evaluated. The associated risks and prevention measures must be assessed. The action document establishes that the recommendation in a level 4 alert situation is not to hold mass events. Each community will have to assess its level of alert to decide. The fact that it is an event of one kind or another does not interest me. “

The death of beauty