Simone Weil and a critique of serfdom 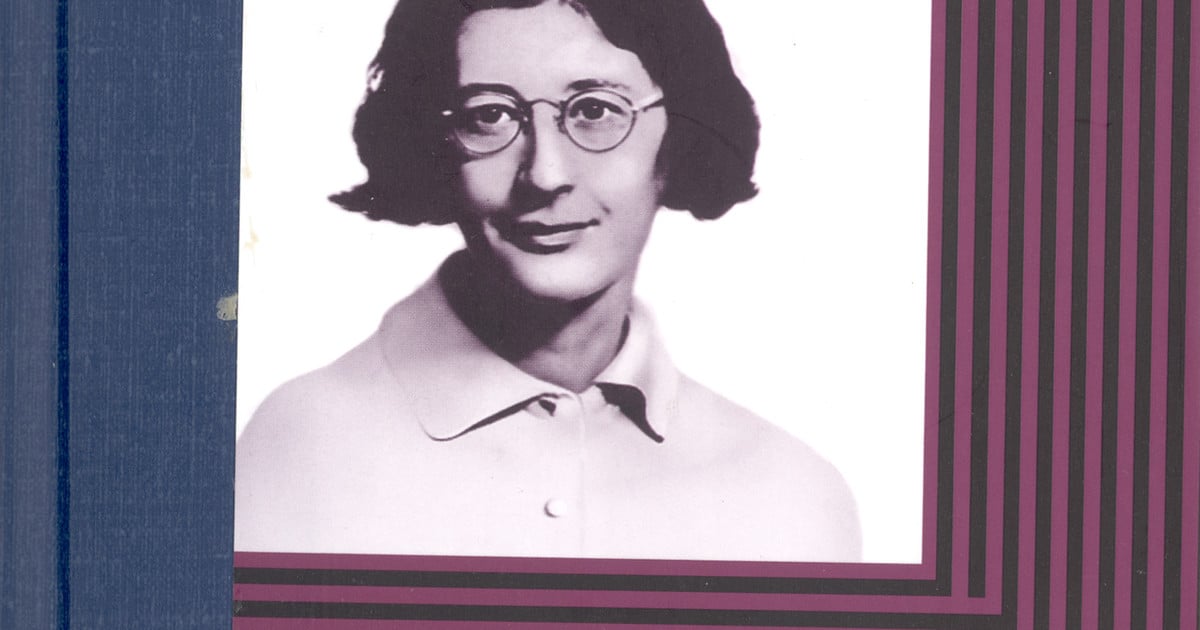 Written in 1934, Reflections on the causes of freedom and social oppression (Ediciones Godot) by the French philosopher Simone Weil is a short but forceful text that aims to carry out a critique of Marxism, give an account of the dynamics of oppression and develop the theoretical vision of a free society.

According to Weil’s prism, Marx admirably explains the mechanism of capitalist oppression but does not provide valid tools on how it would be possible to deactivate it. Furthermore, oppression in Marxian terms is only inserted in the economic aspect (the appropriation of surplus value) but does not place the focus on other social elements. Weil is strict: “The word revolution is a word for which one kills, for which one dies, for which the popular masses are sent to their death, but which has no content whatsoever”. According to the perspective of the philosopher, it is about exploring the possibility of a production organization that, thus, cannot eliminate natural needs (subsistence, consumption) and the social demand that they imply (work, effort), therefore least these are manifested without crushing in an oppressive way the minds and bodies of the workers.

Weil rescues the Marxian analytical diagnosis of capitalism but criticizes the non-existent reflection on the integral dimension of oppression in Marx’s thought outside of economic and productive relations. According to Weil, oppression comes from objective conditions that emanate from the existence of privileges, relations of force that lead to the formation of monopolies that grow and are strengthened by the need to preserve power as the vital food of all powerful. In what way to deactivate this mechanism according to our philosopher? Suppressing inequality or by establishing a stable power so that there is a balance between those who rule and those who obey (the solution known as the “Roman peace”).

It is not a minor fact that the philosopher participated in the Spanish Civil War fighting against the Franco regime together with anarchist groups.

One perceives in the ideas and tone of the prose of Simone Weil a sensitivity between acute and skeptical regarding any Marxist attempt, nor is Trotsky saved, according to the philosopher the “rebellion of the productive forces” that he invoked is naive. “Pure fiction”. It is evident that Weil considers that the Marxist vision according to which social existence is determined by the relations of production between men and nature is solid but at the same time considers that Marxism does not think in all its breadth the relations of power.

In this regard, the intellectual is very critical of the Russian Revolution: “The privileges that it suppressed had for a long time lacked a social base outside of tradition” and adds: “Big industry, the Police, the Army and the bureaucracy, far from it. of being overthrown by the revolution, thanks to it they reached a power unknown in other countries ”. It is remarkable how Weil is anticipating forty years ahead of the critique that will be made in the 1970s of statist bureaucracy and the disciplining of communist regimes. in forced labor camps that denounced texts such as “Gulag Archipelago” by Aleksandr Solzhenitsyn (1973).

Faced with this gloomy panorama, Weil tries to define an ideal of a free society that has much of an anarchist, mutualist and cooperative utopia, which drinks from waters that go from Camus to Tolstoy. It is not a minor fact that the philosopher participated in the Spanish Civil War fighting against the Franco regime along with anarchist groups, as well as committed to the French Resistance close to Gaullism. “We live in a world where nothing is tailored to man; there is a monstrous disproportion between the body of man, the mind of man and the things that today constitute the elements of human life ”, remarks the thinker.

However, the communist option, far from having achieved the promised harmony between mind, body and life, has widened the gap to such an extent that, according to Weil: “Russia offers an almost perfect example of such a regime, to the misfortune of the Russian people (…) This evolution will only give disorder a bureaucratic shape and further increase incoherence, waste, misery”.

There is something of a skeptical plea as well as a hopeful ideal in Simone Weil’s thinking.

Definitely, there is something of a skeptical plea as well as a hopeful ideal in Simone Weil’s thought, a critique of subordination at all levels, in the same way as the aspiration to build an autonomous and peaceful existence that the fanatics challenge for not submitting to the collective. Sometimes the past continues to speak to the present.

Luis Diego Fernández is a Doctor of Philosophy. Author of Commoner libertines Y Foucault and liberalism, both edited by Galerna.