Simmons First doubles up in Tennessee with two bank acquisitions 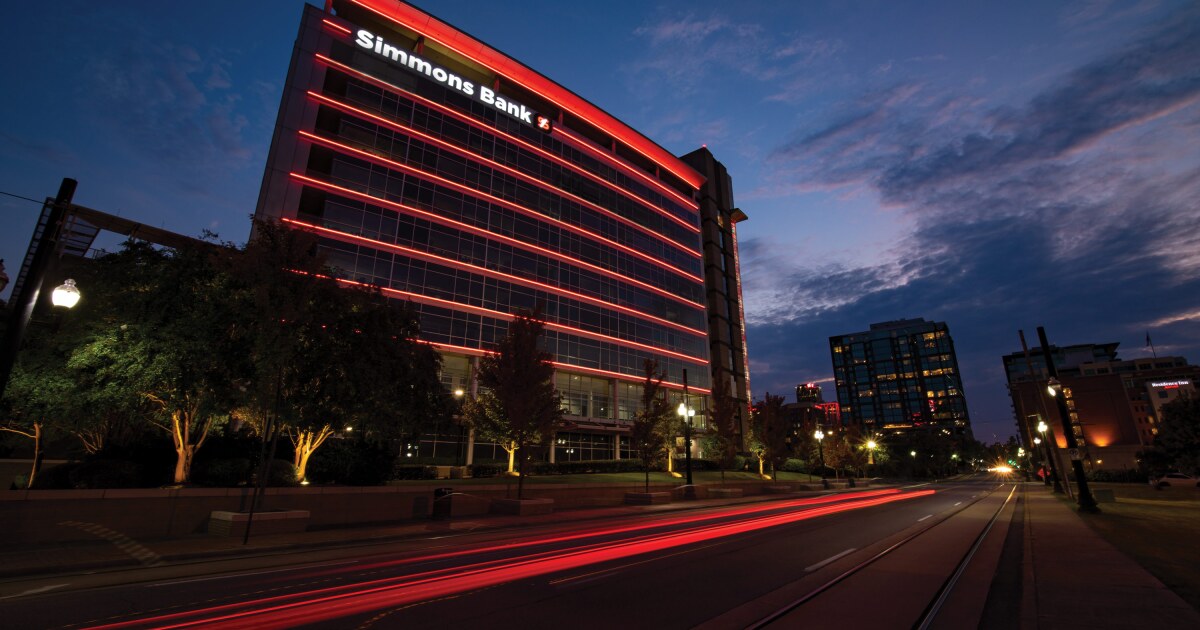 Simmons First National Corp. on Monday announced two bank acquisitions that would bolster its presence in Tennessee’s largest markets and give it nearly $ 2 billion of additional assets – part of a plan to bulk up in growth markets as the pandemic fades and metropolitan economies accelerate.

The $ 23.3 billion-asset Simmons plans to buy out Triumph Bancshares in Memphis for $ 131.6 million and Landmark Community Bank in Collierville, Tennessee, for $ 146.3 million. Both deals involve a mix of cash and stock.

The proposed acquisitions would vault Simmons from the 13thlargest bank in Tennessee by deposit market share to ninth. The company would jump from 35thto sixth in Greater Memphis and from 20thto 15thin metropolitan Nashville.

Simmons expects to close both transactions during the fourth quarter. More deals could soon follow in Tennessee or neighboring states within Simmons’ footprint, Simmons Chairman and CEO George Makris Jr. said in an interview. Simmons has more than 200 branches in Arkansas, Missouri, Kansas, Oklahoma, Tennessee and Texas.

“This is not going to take us out of the M&A game for any period of time,” Makris said. “We can digest these and move on to the next one.”

He said the Pine Bluff, Arkansas, company expects strong economic growth in the second half of this year across metropolitan markets within its footprint, with loan demand to gradually build and then accelerate in 2022. Makris said Simmons is eager to bolster its market share in multiple cities as the recovery gains steam.

“I think it’s just a matter of time” before the pandemic’s grip is fully unfurled and businesses begin to borrow more to invest in expansion, Makris said. “I’m hopeful that we’ll get there sooner rather than later.”

Simmons estimated the total price for the two transactions is 147% of the combined tangible book value of Landmark and Triumph as of March 31. The buyer expects the two deals together to prove 7.5% accretive to its earnings per share in 2022, excluding one- time transaction costs.

“We’ve got a lot of branch consolidation we’re going to do,” he said.

Both are profitable banks focused on commercial lending, with substantial private client and mortgage operations. Simmons expects to develop revenue synergies on the commercial loan and mortgage fronts, and it will be able to cross-sell services new to the targets’ clients, including treasury management and credit cards.

Each bank weathered the pandemic without enduring elevated loan losses. “There are no asset quality issues at either bank,” Makris said.

He also noted that, while closing nearby branches, Simmons plans to open new ones in areas of Memphis and Nashiville where it has none.

In statements provided to American Banker, executives at both Triumph and Landmark said that in selling to the larger Simmons, clients will gain access to higher loan limits and more advanced digital banking services. Bank M&A has heated up in 2021 and banks’ desire for scale and need to invest in digital services have been driving much of the activity.

“In addition to being able to offer our clients a wider breadth of banking products and services, we will have a greater capacity to lend,” said William Chase Jr., Triumph’s president and CEO.

“We look forward to using Simmons’ resources to strengthen and expand our business,” said James Farrell, Landmark’s chairman, president and CEO. “With access to Simmons’ broader array of consumer and commercial products, combined with their leading-edge digital capabilities, we will be able to provide greater benefits to our customers and the communities we serve.”

Makris said both Chase and Farrell agreed to stay on with the combined company for at least a year in business development and retention roles.

The deals mark below of mounting M&A in Tennessee. The state was home to six bank M&A transactions in the first quarter, more than any other state in that period, according to an S&P Global tally.

Over the course of 2019 and early 2020 – prior to a pandemic-related M&A pause last year – there were 12 bank deal announcements in Tennessee.

Tennessee’s largest bank deal of late was in January, when the $ 11.9 billion-asset FB Financial Corp. in Nashville and the then $ 3.9 billion-asset Franklin Financial Network in Franklin, Tennessee, said they were merging in a deal valued at $ 600 million.

Tennessee’s population has steadily grown at a rate of about 1% per year over the past 20 years, according to the US Census Bureau. Tennessee is also among just nine states that have no state income tax, and the cost of living, while rising, is notably lower than comparable markets on both coasts. Makris said Nashville in particular is attracting residents from high-tax states such as New York and California.

The growth trend is expected to continue and shows signs of gaining momentum as the state emerges from the depths of the pandemic.

Business formation in Tennessee hit a record level in the first quarter, with new business filings up 55% from a year earlier. It marked a third consecutive record quarter of growth, according to a report by economist Bill Fox of the University of Tennessee’s Boyd Center for Business and Economic Research. The state has posted business formation growth for 37 straight quarters. Historically, the Boyd Center said, a strong annual gain for a given quarter would be about 15%.

The planned acquisitions also mark Simmons’ return to the M&A arena after a two-year hiatus. It closed nine bank deals between 2015 and 2019. Its last acquisition was a roughly $ 430 million buyout of the $ 3.3 billion-asset Landrum Co. in Columbia, Missouri. That deal closed in October 2019.

Makris foreshadowed Simmons’ return to M&A during the company’s earnings call in April. “From an M&A perspective, I would say our dance card is filling up, ”He said at the time.

Makris said in the interview that serious discussions with Landmark dated back more than two years. But both banks agreed to temporarily shelve talks until asset quality questions linked to the pandemic could be answered with confidence.

The Simmons CEO said that, by late last year, he was confident that any threat of a coronavirus-induced wave of loan losses had passed. Talks with Landmark resumed and discussions with Triumph got underway in the same window of time.

“Fortunately,” he said, credit worries “seem to have been overblown over the entire banking industry.”

Simmons decided to announce the two deals simultaneously because they complement each other and one round of communications with employees and investors would prove more efficient than two, Makris said.