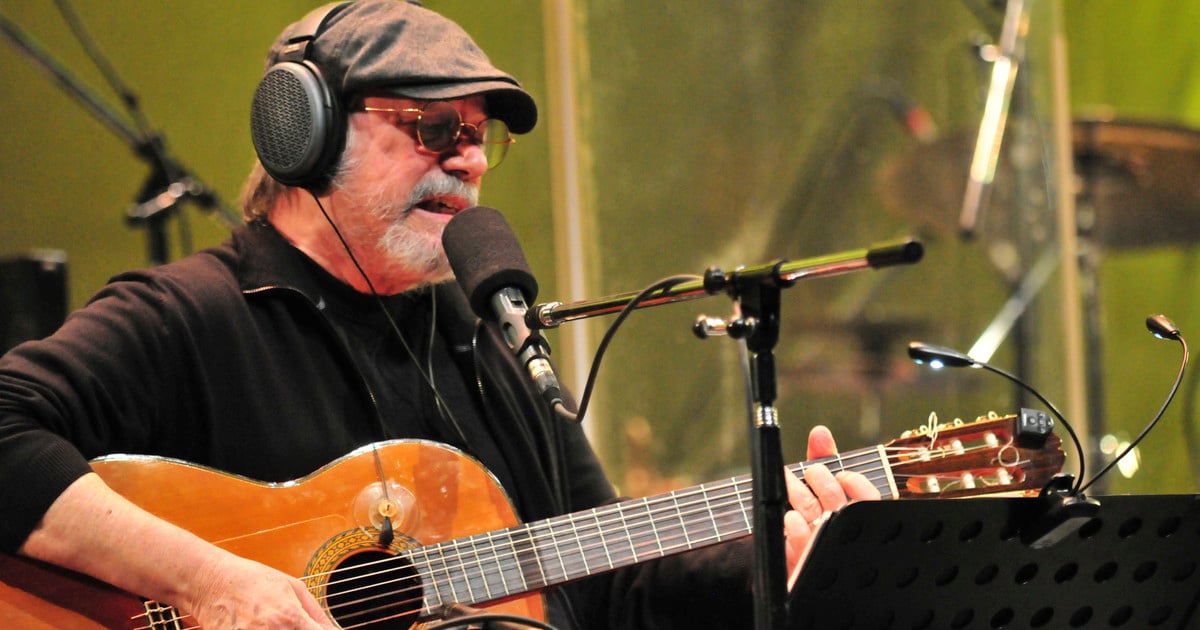 The Cuban musician Silvio Rodriguez asked on Wednesday freedom for the detainees during the unpublished July 11 protests who were not involved in violent acts, after meeting with young people who were apprehended during one of the demonstrations.

“I don’t know how many prisoners there will be now, they say hundreds. I ask the same (freedom) for those who were not violent and I keep my word, “wrote the 74-year-old singer-songwriter on his Segunda Cita blog.

Shouting “we are hungry”, “down with the dictatorship” and “freedom”, thousands of Cubans protested on July 11 and 12 in more than 40 cities in the country, amid the complicated context in which the worst economic crisis of the island in decades and the fort increase in infections and deaths by coronavirus.

So far, the riots left one dead, dozens injured and hundreds of detainees.

Actor and playwright Yunior Garcia AguileraTogether with his wife, the film producer Dayana Prieto, they were the ones who requested an interview with Rodríguez and asked him to express himself publicly to demand the freedom of the protesters.

The actor had been imprisoned on July 11, when he was leading a group of fellow artists who protested in front of the Institute of Radio and Television (ICRT). He was released the next day.

“The meeting with Yunior and Dayana was good, I am not exaggerating if I say fraternal; there was dialogue, exchange, we listen to each other with attention and respect. They explained their arguments, their frustrations, “said the artist.

Rodríguez, who in his youth was a misunderstood critic of the reality of the country, is now one of the artists most attached to the ideals of the revolution by Fidel Castro.

Also, the stanzas of his songs are frequently cited by President Miguel Díaz-Canel in his speeches.

The most painful, said the musician, “was hearing that they, as a generation, they no longer felt part of the Cuban processbut something else. “

García was also one of those who started the symbolic protest on November 27 in front of the Ministry of Culture, where 300 young artists demanded freedom of expression and be listened.

And he continued: “Less habit of listening to those who speak the same thing with the same words, decade after decade, as if generations did not also come with his own words and illusions“.

The young theater director described the meeting on his Facebook account: “They were 70 minutes of candor in the studies Hopefully. Neither invited the other to renounce their positions or principles. We were able to confront our differences with the utmost respect and we preferred to focus on our coincidences. “