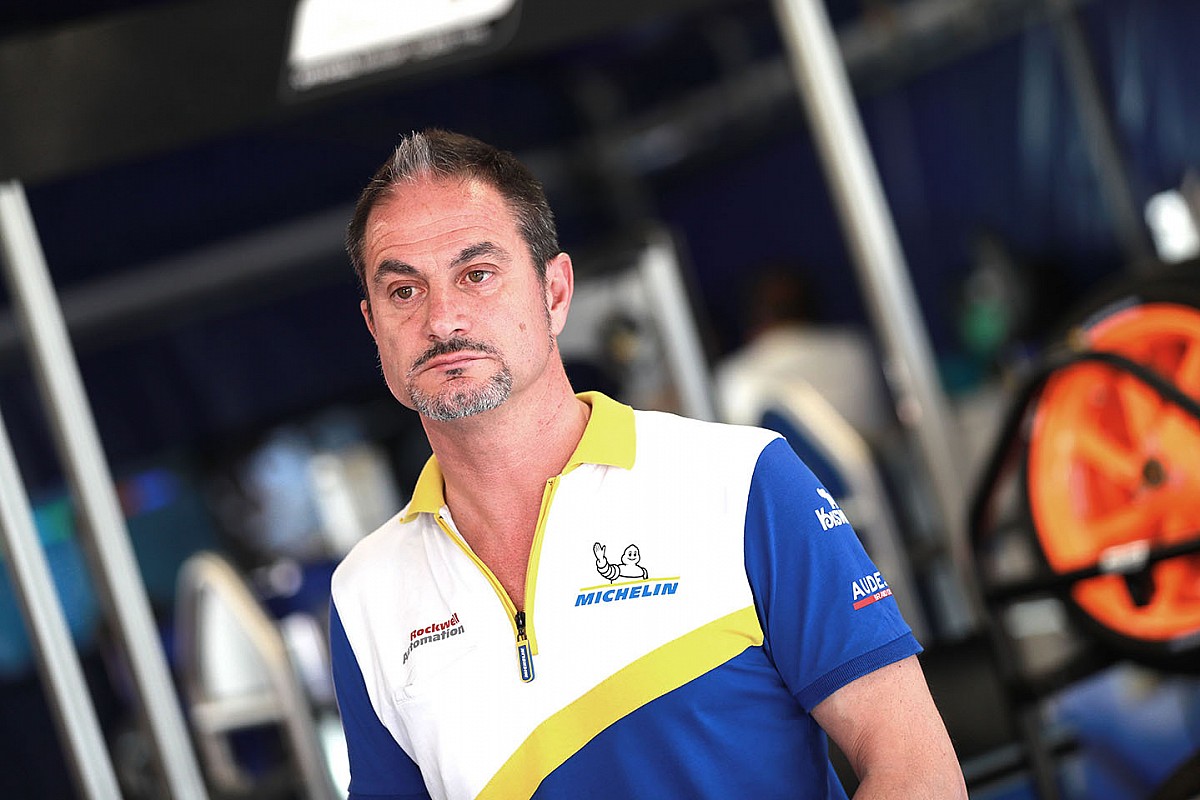 Tires were one of the hot topics of the MotoGP British Grand Prix. After the race, several drivers pointed their fingers at the tires, pointing to them as the cause of their debacle. Above all, those accused by Joan Mir and Pecco Bagnaia caused a sensation, who lost grip at the rear and positions, while their rival in the race for the title flew towards the fifth victory of the season and probably even stretched his hands on the title.

But also Valentino Rossi, who was probably experiencing the best weekend of a very difficult 2021, had to deal with a vertical collapse in the race, which brought him from eighth place on the grid to even close in 18th position. Michelin therefore wasted no time and immediately tried to explain what happened on the British track, with the manager Piero Taramasso admitting that something unexpected actually happened in the race, which gave rise to these problematic situations.

“I don’t like talking hot, because it’s something that often leads you astray. Now it’s only one day that we have returned to base, but in general we have noticed a higher wear value on Sunday than the rest of the weekend, both for the front tires as well as for the rear ones. And this is what caused the drop in tire performance. We had estimated it starting from the tenth lap and in fact it arrived much earlier, because some riders accused it after five or six laps “explained Taramasso.

“Silverstone is a circuit that puts a lot of strain on the tires and consistency of performance has always been one of the difficulties we have to face at that circuit. We hadn’t been on this track for two years and we came back with the new carcass introduced last year. that we had not yet had the opportunity to test there. This wear, which in some cases was even a little irregular, we found it with some riders and not with others. It is not linked to the type of bike, because the six manufacturers were all present in the first six positions, “he added.

Taramasso also pledged to say that the French company will do everything possible to try to better predict situations of this type, adding that obviously now the investigation on the reasons for what happened will go on to try to give objective answers to the riders.

“It is clear that we need to improve on the aspect of predicting what can happen in the race if the temperature changes, if the pace is faster or slower or if you change a compound at the last minute on the grid. We have to work better especially in FP4, with a full tank of petrol, and do as many consecutive laps as possible. We know it’s not easy, because the timing is always tight, but we have ideas to improve this aspect and avoid making bad choices “.

“These are the first assessments that we have been able to make, but we will continue to investigate to understand what may be the causes that led to this situation. their data. When we have a clearer idea, we will be able to give answers to the pilots who ask us for explanations, but we want to do it by providing them with objective data “.

Finally, he also wanted to clarify some issues that had been brought up in the post-race, such as possible favoritism towards some drivers or a reduction in the budget made available by Michelin. Rumors that Taramasso wanted to firmly deny.

“When these things happen, there are always many fantasies in the paddock, like the one that in Quartararo these things never happen because he is French, and his tires are always good. But it is impossible to favor one rider or disadvantage another, because from different seasons there is a sort of lottery and the tires are randomly assigned to the drivers “.

“I have also heard that there has been a reduction in the budget from Michelin, but this is also very wrong, because fortunately our company has handled the COVID crisis very well and is healthy, the management has been exemplary. Not we have had no budget drop and, on the contrary, we have all the technologies available to try to understand what is causing all these sudden changes and get back to seeing some good races, without the drivers’ complaints “, he concluded.