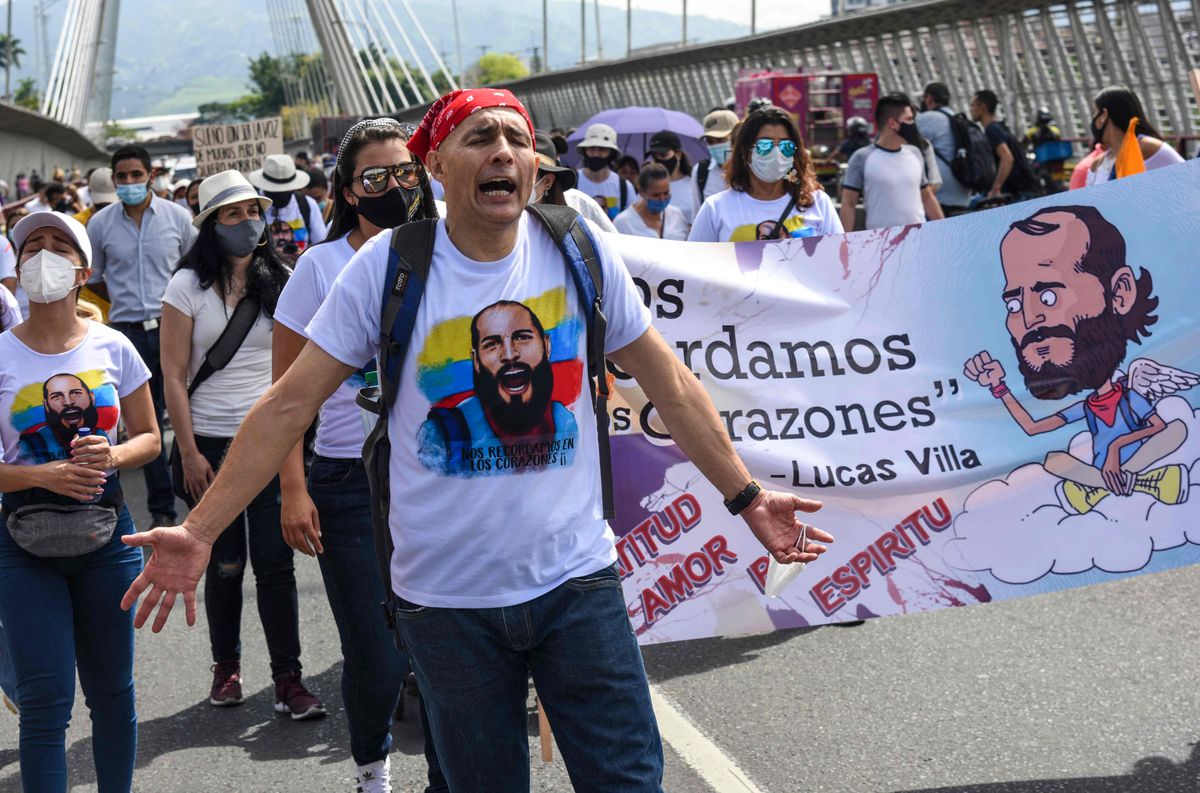 For a few days, several videos have been going around Colombia and the world. In them, civilians are observed shooting at people who are protesting in the framework of the social outbreak that the country has experienced in the last month. These civilians who shoot do so, in many cases, with the complacency of the police. You can see in the videos that, when they shoot, they are just a couple of meters from the agents. Also, a few days ago, an official of the Public Prosecutor’s Office murdered a young man who was protesting and he was lynched by other protesters. To this is added a recurring practice and that is that in several cities people who protest are shot with firearms from trucks or vehicles.

The national strike began on April 28 and a week after it began, civilians were already known to shoot at young people. In Pereira, a student leader, Lucas Villas, was assassinated at the hands of alleged civilians. Days later, another young man was killed by a hitman. In the first case, there must have been a police post on the killer’s escape route, but that day he magically disappeared. In the second case, the investigations do not advance and nobody says anything.

Traditionally, this violence was applied by regional and national paramilitary organizations. For example, between 1985 and 1994, thousands of members of the left-wing Unión Patriótica party were assassinated. This time, in Colombia, dissident paramilitary groups such as the Clan del Golfo or Los Rastrojos have not attacked social protest. Many civilians who previously hired these groups or instigated them to act against opponents stopped doing so since, in a good number of cases, criminal organizations ended up extorting them and charging them monthly fees to avoid betraying them or to prevent them from retaliating.

Now everything seems to indicate that this private illegal violence has been outsourced and that different people have hired hitmen from small criminal organizations, former state officials or civil servants -in order to assassinate dealers and repress the wave of protest that the country is experiencing-; But also, in other cases, those who shoot are radicalized people, who believe in conspiracy theories and come out emboldened by the context of impunity that the Colombian authorities have sent. In other words, they are not large criminal organizations.

This hit man paramilitarism, in a good number of cases, has had the complacency or complicity of the authorities. There are many videos as evidence to reach this conclusion. But beyond this, the great explanation for these phenomena comes from impunity. According to figures from social organizations during the protest there are more than 40 murders, about twenty sexual assaults, more than 30 young people have suffered eye attacks and there are more than a hundred wounded by firearms, allegedly committed by the police. Colombian. Despite this, not a single general or colonel has fallen, nor has the Minister of Defense left. The message of impunity is incredible.

Everything indicates that this paramilitary hit man will mark the new stage of repression against the protesters. Although the police leadership recognizes the videos and has announced investigations, the truth is that no one trusts these ads and the image of the institution is deteriorating more and more. Furthermore, there is nothing to indicate that the wave of violence will stop.

Colombia is a country with a large market for black weapons and various types of paramilitary organizations. In the end, this process of repression by alleged civilians, who act with some complacency on the part of the authorities, will end in an arms escalation where the protesters will begin to arm themselves and shoot. There will be deaths from side to side.