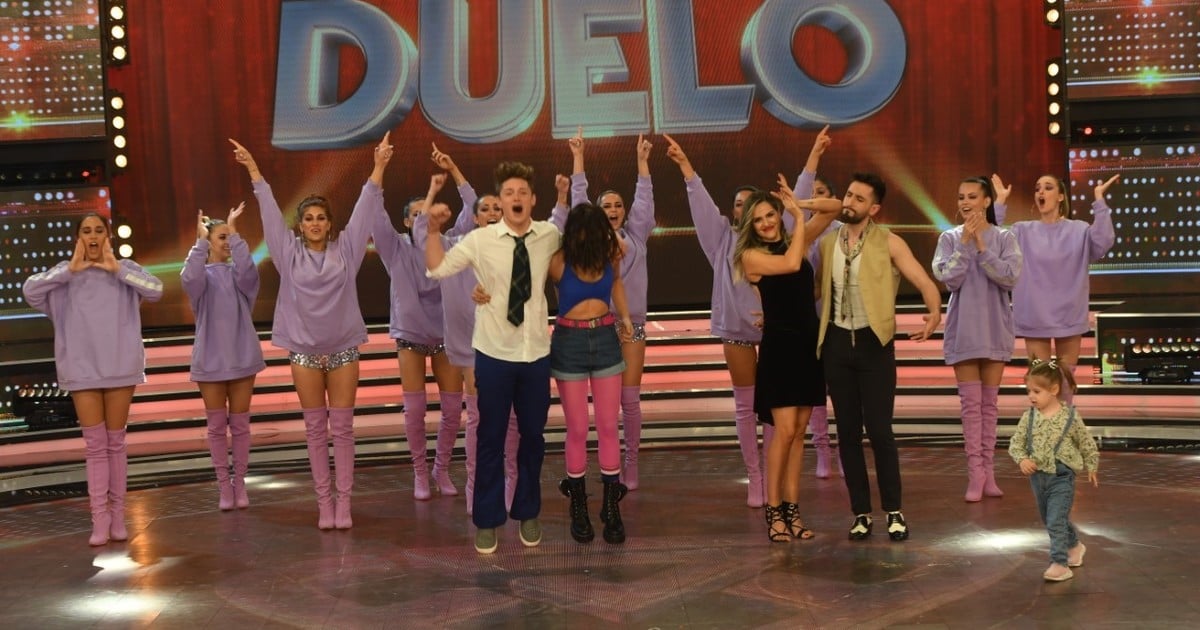 Mariela La Chipi Anchipi was eliminated from La Academia, from ShowMatch (El Trece, at 22), yesterday, Monday. It was by public decision who, by 58.7 percent of the votes, preferred to leave the Marcelo Tinelli program in the race to Lio Ferro and Camila Lonigro.

On last Friday’s broadcast, finished the salsa round of three, the driver had revealed the secret vows of Guillermina Valdés to find out which couples had been sentenced.

The four couples sentenced at the end of the Salsa round of three at ShowMatch. Photo LaFlia / Jorge Luengo.

The case of Rocío Marengo presented a special situation since she suffered a terrible fall in a rehearsal. The production was going to decide between allowing him to have a replacement or sending her directly to the public vote. However, the participant gained strength from weakness and said: “I want to dance to it.” And so he did.

This was the duel

This duel was special since the participants who were sentenced after the salsa round of three they were forced to present something else than they had already done.

The first couple to go out to do their performance was that of Cande Ruggeri and Nicolás Fleitas. They did an acrobatic meringue choreography. So they danced:

The second couple to occupy the track was that of Rocío Marengo and Nacho Pérez Cortés. Their number consisted of interpreting a choreography which they titled “El rock de Marengo”.

Then it was the turn of Lio Ferro and Camila Lonigro, who brought to the contest a choreography on skates.

The last pair to perform their performance was made up of Mariela La Chipi Anchipi and Nico Schell. They danced “Balada para un loco”, which was sung, live, by Guillermito Fernández.

The moment of truth

After the respective numbers presented in the dueling instance, the five members of the jury -Ángel De Brito, Carolina Pampita Ardohain, Guillermina Valdés, Jimena Barón and Hernán Piquín- they proceeded to save two couples. The chosen ones were: Cande Ruggeri with Nicolás Fleitas and Rocío Marengo with Nacho Pérez Cortés.

Thus, the couples that were submitted to the public vote were that of Lionel Ferro and Camila Lonigro and of Mariela La Chipi Anchipi and Nico Schell.

The public, with 58.7 percent of the votes, decided to leave Lio Ferro and Camila Lonigro in the race. In that way, La Chipi Anchipi and Nicolás Schell they turned out eliminated from The Academy of ShowMatch.

A new round started

In the same broadcast today, Monday, of ShowMatchIn addition, the round called “One that we all know” began. The challenge for the contest participants, in this case, consists of dancing to the rhythm of a song that is very popular.

Two couples appeared at the opening of this new rhythm in the Marcelo Tinelli cycle. They were that of Agustín Cachete Sierra and Fiorella Giménez and the one made up of Pachu Peña and Flor Díaz.

PFF3 masks are more effective against covid than surgical masks