ShowMatch: Luciana Salazar and La Chipi, to pure cumbia on the track 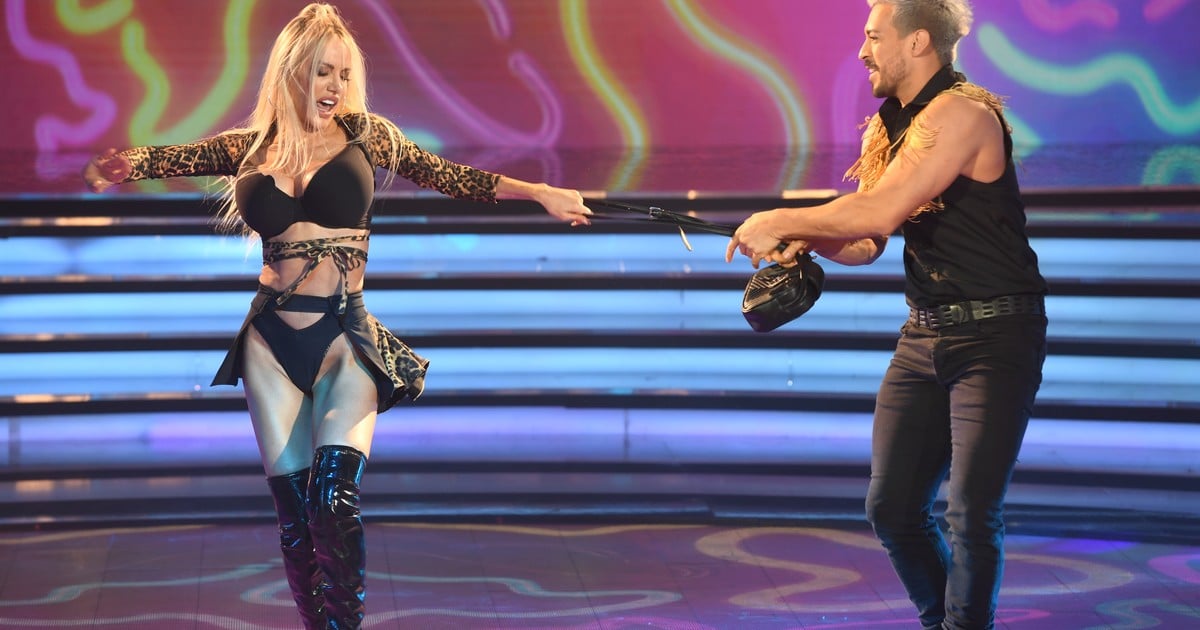 In The academy of ShowMatch (El Trece, at 22), followed the round of cumbia. When presenting yesterday’s broadcast, which aired live, Marcelo Tinelli explained that the dancer Jony lazarte He had tested positive for coronavirus, which is why he and his partner Ángela Leiva, who is isolated, will not be able to dance to the next rhythm.

It is also isolated, because it is close contact, the producer Fran Caivano that he would be dating Angela Leiva. Once that situation was clarified, the driver gave way to the show.

The first couple to go out on the track was the one made up of Luciana Salazar and Jorgito Moliniers. In the previous one, Luli expressed her pain for what is happening in Afghanistan, where the Taliban seized power.

Later, the Salazar-Moliniers duo danced a song by Karina The Little Princess: “With the same coin”. They did it like this:

Angel De Brito stated, “I really like how they are dancing this year. This rhythm was very rehearsed. What I didn’t see was the feeling of enjoyment.” He put them 6.

Pampita Ardohain, whose vote is secret, said: “Luciana is dancing a lot this year. She looks safe in all the rhythms. Besides, she adds a lot of acting and she does it well. Perhaps, it was necessary to finish with a great trick.”

Guillermina Valdes He said: “I missed seeing a relaxed cumbia, but it was very good.” He rated them 8.

Jimena Baron declared: “It was all given to explode, but that did not happen. I did not like the links very much. I did not love it.” He put them 6.

Hernán Piquín He said: “Luciana lost her rhythm a bit. The boots added difficulty. The tricks were good.” He gave them 5. Thus, Luciana Salazar and Jorgito Moliniers obtained a total of 25 points.

Before leaving the track, at the request of Marcelo, Jorgito Moliniers sang together with Grupo Play. And then, he performed a romantic theme for each of the members of the jury.

La Chipi is now the owner

After having replaced Sofía Jujuy Jiménez, who was injured for a month, Mariela La Chipi Anchipi made her debut as a starter at La Academia accompanied by the dancer Nico Schell.

At the time of giving his return for the couple that heads La Chipi, an outstanding dancer and choreographer, Angel De Brito He opined: “It was a very danceable cumbia, everything was very stylized.” He put them 7.

With the secret ballot, Pampita Ardohain He stated: “La Chipi always dances spectacularly, but be careful not to abuse her tricks.”

Guillermina Valdes He maintained: “I didn’t feel so much the traditional cumbia, but they are impeccable dancing.” He rated them 7.

Jimena Baron agreed with Valdés: “I didn’t feel the cumbia either. The joy of the cumbia wasn’t there. I didn’t like the choreography they did for this rhythm. Anyway, they are excellent.” He put them 6.

Hernán Piquín He pointed out: “This couple does tricks even under the water. The coach must be very happy. But I also saw that some cumbia was missing.” His grade was 6. Thus, in total, La Chipi and Nico took 26 points.

Who is Patrick George? What are the charges against him in Egypt?