Shovlin: “In Mercedes we are ready to win the last two GPs”

The weekend in Qatar was undoubtedly rewarding for Mercedes. The eighth success of the season came at the end of a weekend in which Lewis Hamilton confirmed a factual superiority never questioned.

Three days after the victory, Andrew Shovlin (head of the Mercedes track) took stock of how the team is preparing the double trip Jeddah-Ahu Dhabi, also returning to the Losail weekend, in which the team also had to collect Valtteri’s retirement Bottas, triggered by a very aggressive strategy choice that cost the Finn a puncture that thwarted a possible podium. And the chat started right from this point.

Why did you leave Valtteri on track for so long?
“The goal was to attack Alonso’s third position. Fernando had made his stop (on lap 23 switching to hard tires) and was on the edge of our pit stop window with Valtteri, who was gaining ground. From our calculations, remaining on the track three or four more laps, we could have had the window to stop Valtteri and send him back on track in front of Fernando, and this was the plan, but then the puncture came. “

“The timing was really unfortunate, there were no signs and by the time we saw the problem it was too late to get him back to the pits. So he had to do a whole lap on three wheels, and that affected his race a lot because he damaged the wing, which was crawling on the asphalt, and other components, such as the bottom, were also affected. After the break Valtteri returned to the track but we saw from the data that there was a great loss of performance and that it would not be I was able to get back to the points, so we decided to retire the car ”.

What were the reasons that caused Bottas to get off to a bad start?
“The most penalizing aspect was starting on the dirty side of the track, a problem amplified by the lack of side races during the weekend. To a lesser extent, there was also a problem related to the window of the tires, which were not at an ideal temperature, and this aspect cost him some traction both at the start and in the first corners. “

“At the end of the first lap Valtteri had dropped to 11th place, but he immediately confirmed that he had a good pace and our simulations indicated that he could have finished the race in third position, or at worst in fourth. Then, unfortunately, the drilling has compromised everything “.

What were the main reasons that allowed you to have such an excellent performance on the Losail circuit?
“On the tracks where we recently stopped we were able to match Red Bull in the driven sections while maintaining an advantage on the straights, but in Qatar, somewhat surprisingly, exactly the opposite happened. So, you ask, how did this performance come about? There are two areas affected. One is related to downforce, our package worked very well, and this allowed us to have a very performing car in the corners. This particular aspect also benefited from the overall balance of the car, I mean the mechanical settings, such as springs, bars, front wing setup and other minor parameters. Our drivers emphasized an excellent balance, they had stability at the entrance, they could attack the corner bringing in a lot of speed, and in the end the clearest demonstration was that fantastic lap of Lewis that allowed him to take pole position “.

Why did you choose to use a power unit on Hamilton’s car that precedes the one used at Interlagos?
“Of all the circuits that remained on the calendar on the eve of Qatar, Losail has the least number of straights, therefore, the advantage that can guarantee greater power is less than what we expect in the two final stages of the season. We are trying to balance the mileage with the power units we have available, using the less powerful engine where this aspect is less penalizing, and now we know we can count on the maximum possible power in the last two tracks on which we will stop ”.

The next engagement is again on a circuit where Formula 1 has never raced before. How much does the preparation work change in these cases?
“For the engineers, the new tracks are new challenges. In many respects they represent an opportunity, because if the preparation work is done very well it immediately translates into a nice advantage. What do we actually do? Well, Qatar was a rather interesting case. “

“The race was scheduled after the season started, rather late, and in these cases you have to move fast enough to try to get a map of the track that is needed to allow the drivers to be able to run on the simulator, a tool that initially allows them to familiarize themselves with the layout of the track. Then we also have a track map which is used for computer simulations, in this case the driver is not needed because we already have a trajectory and we can evaluate different configuration options “.

“In view of the event, we begin to have a more precise image of what is important to tackle the track, that is how the tires will behave, what will be the right balance of the car, what kind of wings will be tested. This work is currently still in progress, and once we get the general basic setup, we call the pilots for a final test on the simulator set up with what we believe to be the starting setup. It is a rather interesting activity, a real challenge and it involves a lot of people, and if you do a good job, you immediately see the benefits over the course of the race weekend ”.

How does the team feel ahead of the last double round of 2021?
“Considering that we are back from three consecutive races I would say pretty well, we are happy to be able to play everything in this final sprint. It promises to be an absolutely fantastic battle, we have seen our car perform really well over the last few weekends, and this gives us hope to be able to go to the next two tracks and fight for pole position and victory. We are excited and full of energy, we will do everything possible to bring these two world championships home “. 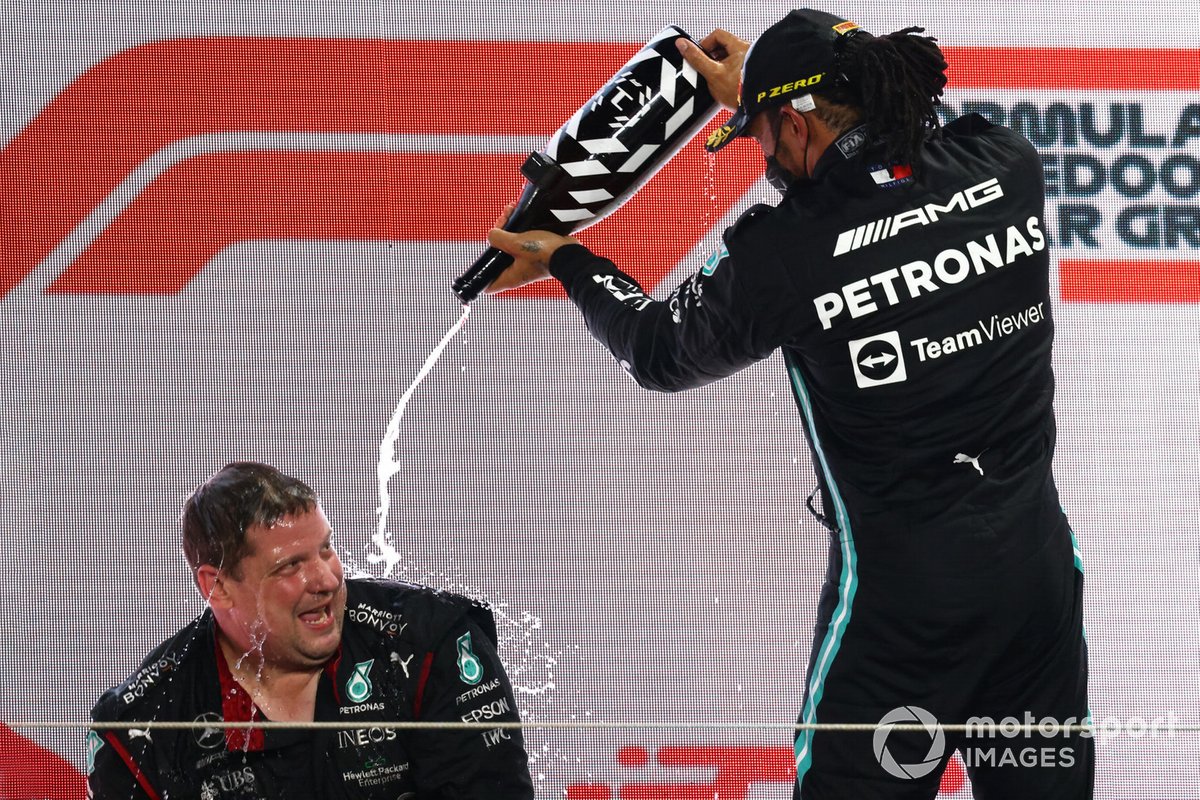 Universe, a powerful landscape unveiled thanks to new gravitational waves