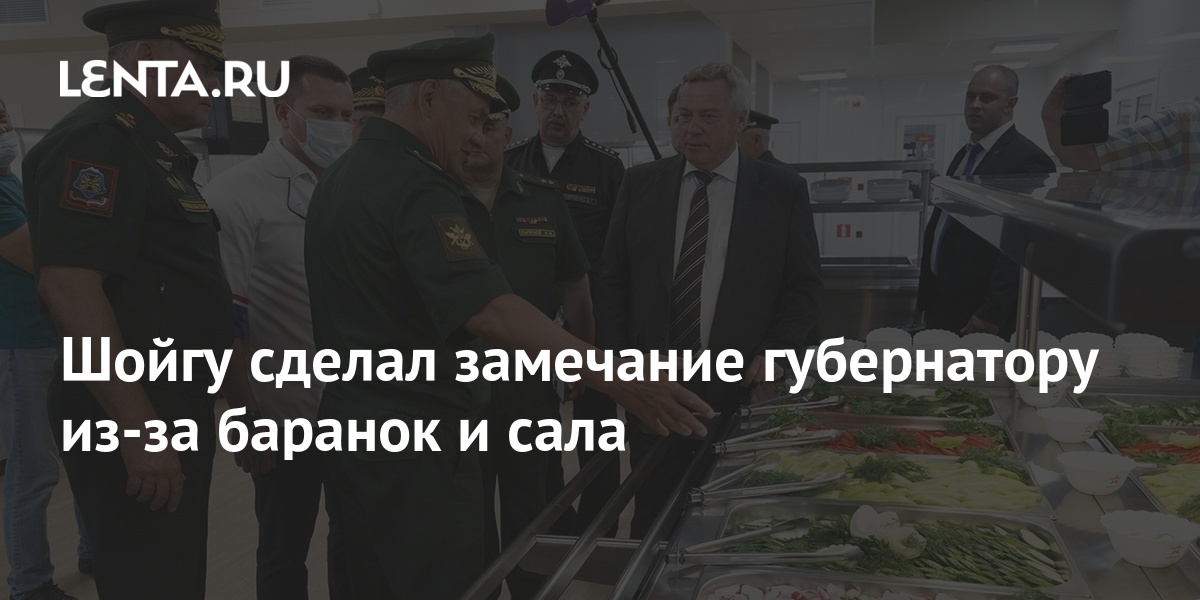 Russian Defense Minister Sergei Shoigu inspected the canteen of a motorized rifle division in Rostov-on-Don. This is reported by the Zvezda TV channel.

Shoigu was met by the Governor of the Rostov Region Vasily Golubev. He said that last year the region harvested 12.5 million tons of wheat, to which the Minister of Defense made a comment that at the same time there are bagels in the dining room only on one, “festive” table. The governor promised to improve.

The head of the Ministry of Defense also noted that there are no garlic and bacon on the menu. “There is no fat in the Rostov region,” the minister complained.

In early June, Shoigu came to the military registration and enlistment office of the Cheryomushkinsky district of Moscow with a sudden check and was outraged by the organization of work. “You have a microwave oven, a refrigerator, but there are no computers to contact another military registration and enlistment office by e-mail. Cell, mail … Are you, as partisans, putting letters in a hollow? What kind of work is this? ” – he declared.

After that, the Minister of Defense announced the modernization: he promised to make Russian military registration and enlistment offices exemplary and modern.