Shock in Italy over AstraZeneca vaccine suspension: measure is a lethal blow to its mass vaccination plan 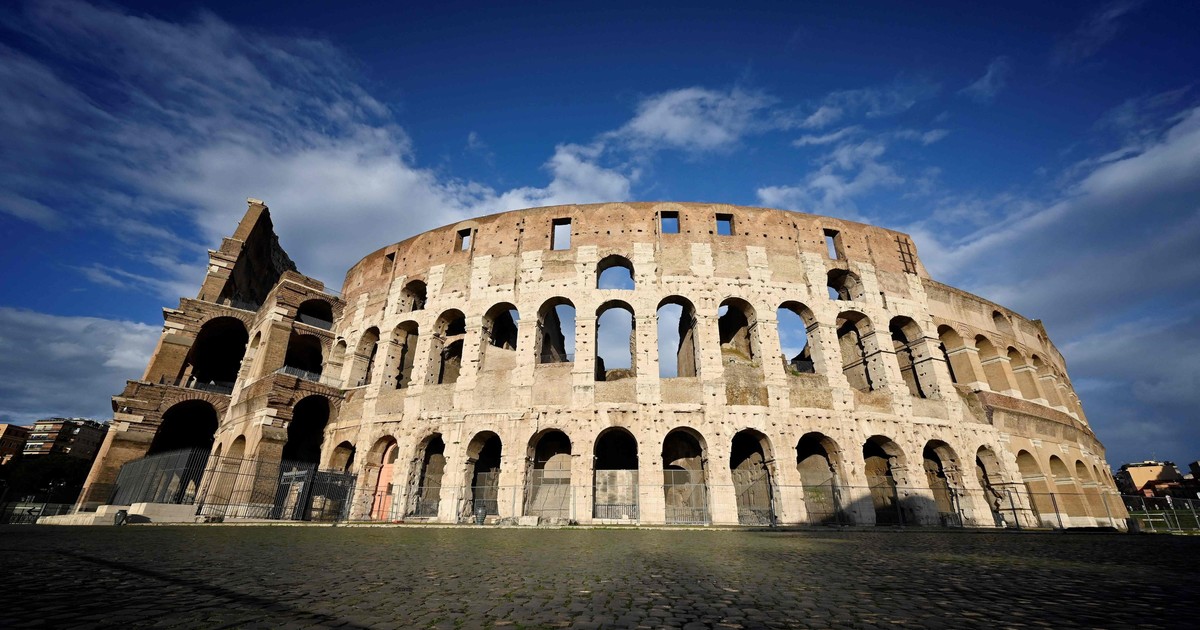 The suspension of the AstraZeneca vaccine decided by the government of Rome and other European countries has caused a general commotion among Italians, faced with the risk that the mass vaccination promised by the authorities, who are preparing a cyclopean plan to inoculate 80% of the population in the next six months and tame the pandemic that has already caused more than 102 thousand deaths in one year.

The pestilence has entered a new acute phase in Italy, with the growth of infections, of hospitalizations that can cause hospital collapse and the increase in deaths due to variants of the virus that are much more lethal.

This Monday, Italy, Germany, France, and Spain made a common decision, to which other European nations joined, to suspend the vaccination of AstraZeneca doses, one of the three laboratories accepted by the European body of the drug.

The cause was the German complaint that there had been half a dozen cases of thrombosis in recently vaccinated people, which required immediate controls.

The European entity, EMA, which gave the authorization to the Swedish-British laboratory, limited itself to announcing that it would increase surveillance. Photo: AP

The European entity, EMA, which gave the authorization to the Swedish-British laboratory, limited itself to announcing that it would increase surveillance. But the contrary reactions to a measure that represents a severe blow to mass vaccination plans, led the European agency to give a press conference on Tuesday in which it stated that “there are no indications that vaccinations may have caused these events.” . The declaration the bewilderment increased.

Emer Cooke, executive director, said that “in-depth scientific analysis is being done to provide an answer,” which should arrive this Thursday. In the last three days from half of Europe, including Italy, there were reports of deaths and serious illnesses produced after the inoculation of AstraZeneca.

Up to now, In none of the cases produced in Italy, it was found that there was a direct relationship with the supply of the vaccine.

Cooke said that “we take the situation very seriously and have even involved experts in thrombosis, but so far the risk-benefit ratio of AstraZeneca still positive, although we also evaluate possible collateral effects ”.

The decision by the government of Rome to suspend the vaccination of the British Swedish laboratory on Monday afternoon traumatized many Italians. In the capital, seven thousand who had to be inoculated were informed that their cases they were suspended until new order. In AstraZeneca vaccines until the end of March will be reduced by 38%, from 7.5 million to 4.6 million in Italy.

The government is organizing many vaccination sites, with the purpose of passing 300 thousand vaccinated per day in the next two weeks to reach half a million every 24 hours, a plan in clear danger if the prohibition against AstraZeneca is maintained.

In Rome, a woman reads a note stating that AstraZeneca’s vaccination was suspended. Photo: AFP

To complete by September-October the program to vaccinate 42 million Italians, 80% of the population of 60 million, 120 million vaccines are necessary because Pfizer, Moderna and AstraZeneca, the three authorized laboratories in Europe, must apply two doses to immunize each one and maintain a good reserve to face distribution problems.

The World Health Organization also stated that due to the data collected so far the Astra Zeneca vaccine it is “safe and effective”, although it announced new controls.

The best business in the world

The best business in the world today is vaccines, amassing tens of billions of dollars a week globally. Some observers also warned about the “War of money and power” who can maneuver these conflicts.

Pfizer, the North American laboratory that sells the most vaccines so far, promised to send an additional 10 million doses in March to the 27 countries of the European Union, with which it has to make peace due to insufficient shipments.

For their part, the Russians affirmed that they had signed a production agreement with several countries and this Tuesday they said that Italy could be in a position within a few months to produce ten million monthly doses of its Sputnik V product, on which it is still expected final European approval.

The famous infectologist Massimo Galli, from the Sacco specialized hospital in Milan and professor at the University of Milan, said that “the stop vaccinations are going to hurt ”. He said that chills come to him when he remembers that in 2014 there was also an interruption in the vaccinations of the annual flu infection epidemic. The number of vaccinated fell dramatically and that of “a few hundred deaths from the epidemic” rose at the same time.

“Prudence seems very good to me, but people suffer and are confused in these cases and the remedy may be worse than the disease ”.

Other scientists also spoke out against the decision to stop vaccinations with AstraZeneca.

Giorgio Paqlú, the director of the Italian drug agency, which gave authorization to the British-Swedish laboratory, stated that “there is no no scientific evidence of a cause-effect risk with the AstraZeneca vaccine ”.

Medvedev and Osaka … the night of the fall of the “classified”!