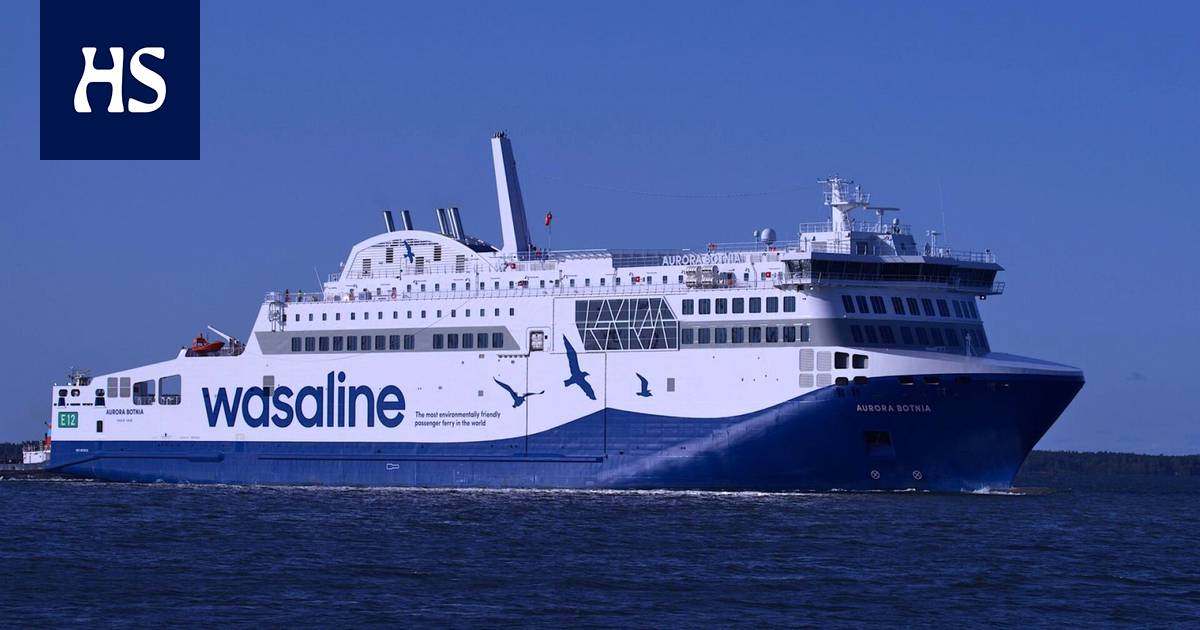 According to the company, the new passenger car ferry is equipped with the latest environmental technology.

Wasalinen the new Aurora Botnia passenger car ferry will start operating on the route between Vaasa and Umeå on Saturday 28 August. The ship has 68 cabins and 800 passenger seats.

The ferry, built at Rauma Marine Constructions’ (RMC) shipyard, was officially christened earlier this week in its hometown of Vaasa.

Construction work on the ferry began in September 2019. The two-year project cost a total of 120 million euros.

Wasalinen and according to RMC, the Aurora Botnia is equipped with the latest environmental technology and is the first passenger car ferry in the world to meet the criteria of the clean design label.

CEO of Wasaline Peter Ståhlberg calls the vessel “the most environmentally friendly passenger ship in the world”.

The ship’s main engines operate primarily on liquefied natural gas, which, according to the companies, reduces the ship’s sulfur, nitrogen and carbon dioxide emissions. Biogas can also be used as fuel on board. In addition, the ferry can also handle traffic to the ports with the power of electricity, which reduces emissions and noise generated on board.

“It is of paramount importance for both the customer and the environment to build ships that last. The ships being built today must be able to operate even after decades without massive alterations or, at worst, scrapping. Aurora Botnia’s biogas readiness is one way to meet this challenge, ”said RMC’s CEO Jyrki Heinimaa says in a press release.