Sheikha Fatima: The Emirati mother is a source of pride and inspiration 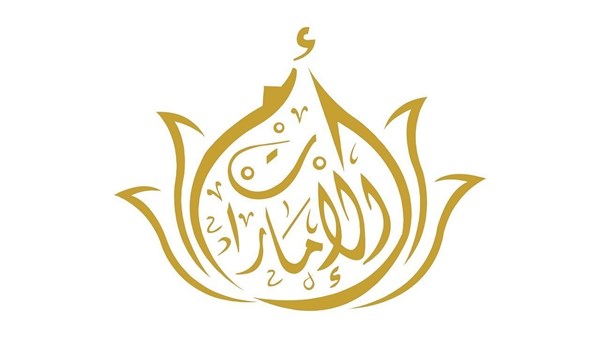 Her Highness Sheikha Fatima bint Mubarak, President of the General Women’s Union, President of the Supreme Council for Motherhood and Childhood, Supreme Chairwoman of the Family Development Foundation, “Mother of the Emirates”, the Emirati mother, the mother of the martyr, and all mothers around the world on the occasion of “Mother’s Day”, which falls on March 21 of each year to honor the mother And the recognition of its great role in the upbringing of children and building the ideal family, which is the basis for building social order.
Her Highness said in a speech to her on this occasion: “Mother, you are the source of values ​​and inexhaustible tenderness and a symbol of generosity and nobility, and you are the incubator, educator and guide. Responsible, in turn, to their society, and they possess the data that qualify them to be leaders and decision-makers. “
Her Highness added: “With deep reverence and gratitude, I am honored to pay tribute and respect to the mothers of the nation’s righteous martyrs, who have demonstrated great competence in raising their children on the highest values, honorable morals and national constants and struck the ideal in the depth of faith, patience, composure and sincere patriotism .. we will remain a leadership and a people, we remember. With appreciation and gratitude for our children who have ravished lives and blood, in the fields of right and duty, and the squares of redemption in defense of the United Arab Emirates, preserving its sovereignty, and protecting its achievements, and let the flag of the UAE remain high and fluttering, and a symbol of strength, pride and resilience.
Her Highness explained: “The mother’s most important role remains in education and implanting moral values ​​and principles, if we want to preserve our identity and prepare generations that are able to give and take responsibility, which are under her supervision and seriousness in raising her children to make use of the time in enhancing creative thinking skills and expanding their horizons and imagination, especially In light of the tremendous technological development that we are witnessing, as well as its essential role in enhancing their potential and creating an environment supportive of their energies, ambitions and creativity, occupying their precious time in order to pave the way for them to a brighter and more advanced future, and to equip them with the necessary skills to keep pace with global changes and trends in the next 50 years.
Her Highness saluted the role of the Emirati mother in the lives of her children, saying: “The Emirati mother is a source of pride and pride in what she performs for her family, community and country, and she is a source of inspiration for others, for her noble role in preparing her children to integrate into family, social and national life programs. Which provides children’s personalities with their awareness, maturity, and honesty in their dealings with their children.
Her Highness Sheikha Fatima bint Mubarak explained that caring for the mother in the United Arab Emirates is one of the inherited and ingrained values ​​in the UAE society, thanks to the efforts of the late Sheikh Zayed bin Sultan Al Nahyan, “may God have mercy on him”, who was the first to stand by the Emirati mother in support and support. He called on her to educate her children on good morals and to preserve the legacy of parents and grandparents.
Her Highness affirmed that His Highness Sheikh Khalifa bin Zayed Al Nahyan, President of the State, “may God protect him”, His Highness Sheikh Mohammed bin Rashid Al Maktoum, Vice President and Prime Minister and Ruler of Dubai, “may God protect him” and His Highness Sheikh Mohammed bin Zayed Al Nahyan, Crown Prince of Abu Dhabi and Deputy Commander The Supreme Council of the Armed Forces and their brothers, Their Highnesses, the members of the Supreme Council of the Union, the rulers of the Emirates, adopted the approach of the late Sheikh Zayed bin Sultan Al Nahyan and followed his path and footsteps, harnessing the state’s resources and capabilities for the sake of the citizen and leading the march in all areas, especially in the file of support and empowerment of Emirati women to fulfill their role in Educating young people and preparing them for their future and the future of their homeland.
In conclusion, Her Highness sent a tender advice to the Emirati mother: “I recommend that my dear daughter establish your relationship with your children on friendliness and love, which gives them emotional, cognitive, psychological and social immunity, and make sure to touch their needs according to their stages of development, and share their dreams and feelings, especially in the early stages of their lives. Between the mother and the child is one of the most important factors on which the healthy development of the child is based, which constitutes a protection against many negative behaviors and protection for him from the dangers that may surround him outside the family and contribute to their positive and constructive rehabilitation.

Fatima Bint Mubarak: The Emirati mother is a source of pride and inspiration for her children, a role model for her family, and appreciated by her community and her country