She claims her inheritance from her deceased ex-husband 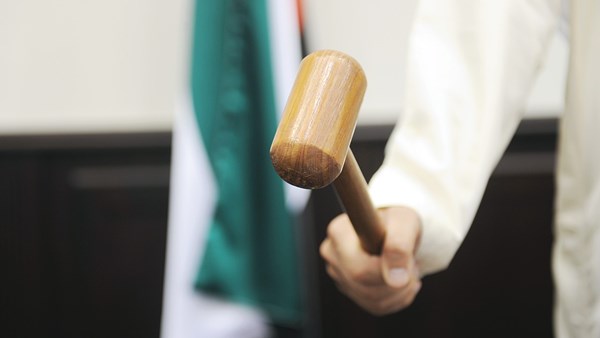 Abu Dhabi Court of Cassation has ruled to prove the husband’s death after his divorce, the mother of his minor children, and the confinement of his heirs to the mother of the deceased husband and his minor children from his divorced woman alone, provided that his estate is divided for the mother by the sixth, and the remainder is given to his children due to an arrangement between them.
The circumstances of the case revolve around the wife of the deceased filing a lawsuit against the heirs of her deceased husband, demanding the amendment of the determination of inheritance and inheritance, adding her to the heirs as the wife of the deceased in his life, re-dividing his estate and determining her legal share in it, and obligating the defendant to pay the expenses.
Abu Dhabi Court of Cassation clarified that when that was the case, and the wife of the deceased had been divorced at the hands of the two arbitrators in exchange for the dropping of half of the back of her dowry, which is an irrevocable divorce that is legally enforceable, because the decisions of the two arbiters are based on divorce, and the judge’s ruling is merely a confirmation of it, pursuant to the text of Article 121 in its second paragraph From the same law.
She explained that what the appealed verdict went to, that this divorce is tantamount to a pending divorce as long as the ruling does not become final, and that the appealed against it entered into the waiting period of death, and is considered the heir of the deceased, is a defective judiciary that violates the second paragraph of Article 141 of the Personal Status Law which states That if the husband and the woman died in the waiting period of irrevocable divorce or annulment, she would complete it and not be bound by the death waiting period.
In view of the aforementioned, the court decided to cancel the appeal ruling for its nullity, and the ruling proving the husband’s death and the confinement of his heirs to the mother of the deceased and his minor children from his divorced woman alone, and divides his estate to the mother of the sixth by default, and the rest to his children, equally between them.

A comprehensive update of the dialysis centers in Al Dhafra