She brings the light 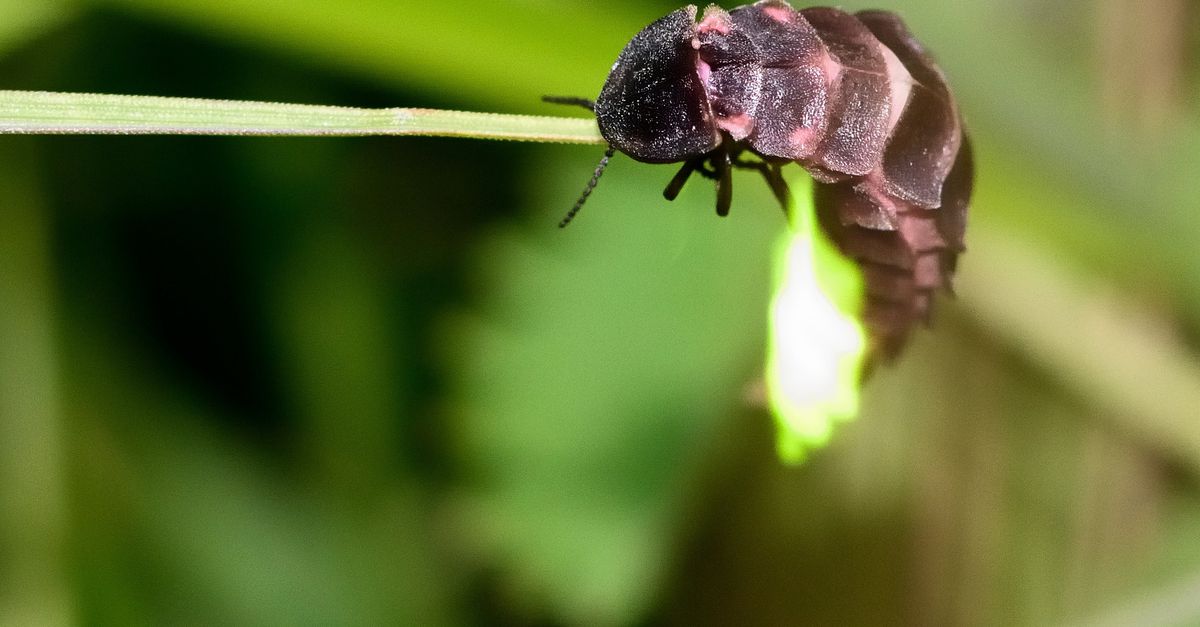 During the dark days before Christmas, lights and lights appear all over the country. Not only inside, but also outside trees are wallpapered, in addition to garden gnomes and all kinds of other objects that serve no clear purpose. Here and there even entire facades shine and blink that it is a delight. It brings light into the darkness. And then it gets fun.

In the warmer season, most people are less likely to surround themselves with an abundance of flashing lights. That is not necessary, because in summer the sun sets much later. Once it’s dark, those lucky enough to see a magical spectacle created by the yellow-green glow that glowworms give off.

A glowworm is not a worm. A glowworm is also not a fly, although you might think that because of the other name for these insects (firefly). A glowworm is a beetle that belongs to the family Lampyridae. And he gives light. Or in the case of the most common species in the Benelux, the large glowworm, Lampyris noctiluca, it is better to say that she gives light. The men don’t glow. They are full of fire. They are passionately looking for a woman who will make her presence known by lighting up the end of her abdomen. She does this by having the pigment luciferin oxidize in her body under the influence of an enzyme luciferase. A plug or battery is not involved here. This trick has been copied by people. Scientists can genetically modify a cell type or even an entire organism by incorporating the enzyme luciferase into it. The cells then light up as soon as they come into contact with luciferin. In this way biological processes can be studied without having to cut an animal.

A female adult giant glowworm doesn’t look strange just because of her glowing rear end. She looks like a young big glowworm, a larva. Both are wingless, rather flat with distinct dark segments orange-pink at the posterior corners. In the adult female, only the anterior segments are colored; with the larva all.

The youngster wanders around at night looking for tasty snails and glows when disturbed. He warns that it is inedible. The adult female does not eat anything and lights up to let you know where she is.

Because of her peculiar appearance, you probably don’t immediately think of a beetle when you see her. Fortunately, a male firefly isn’t fooled by her childish appearance. As soon as he catches sight of her attractive light, he rushes towards her. He does that flying. The male does have wings, which lie under brown-grey elytra when resting. He therefore does not resemble her at all and is easily recognizable as a beetle. When it lands with the female glowworm, you wouldn’t say those two insects are conspecific. Until he climbs on top of her. And then it gets fun.

Correction: this article previously incorrectly included a photo of a young beetle cicada. The photo was replaced 24/12.

A version of this article also appeared in NRC in the morning of December 24, 2021

GTA V is, eight years after its launch, the most watched video game of 2021