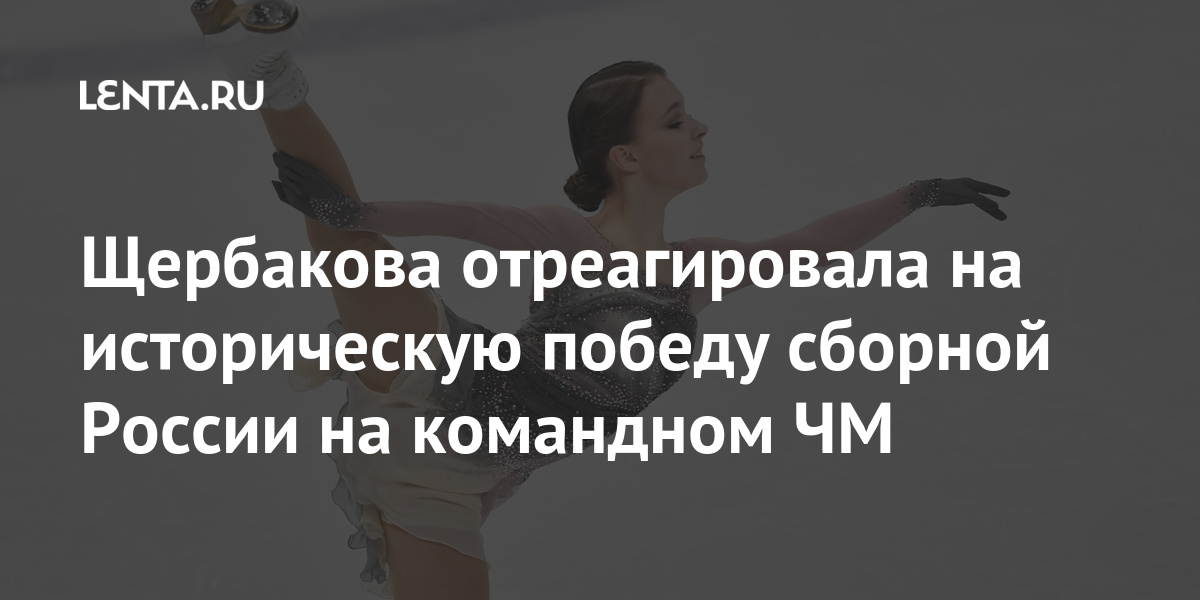 Anna Shcherbakova reacted to the historic victory of the Russian national team at the World Team Championship in Osaka, Japan. This is reported by “Championship.com”.

The athlete noted that before going on the ice in a free program, she learned that her team had won the tournament ahead of schedule. This helped her to ride for pleasure. The Russian woman also expressed the hope that her performance was liked by the fans.

At the World Team Championship, Shcherbakova excelled in both short and free programs. This allowed her to bring 24 points to the team’s piggy bank.

After performing in eight types of the program, the Russian team scored 125 points and won the tournament. In second place in the overall standings is the US team with 110 points. The hosts of the tournament, the Japanese, round out the top three with 107 points.

The six best countries according to the rating of the International Skating Union (ISU) are invited to the World Team Championship. The teams are represented by two figure skaters and two figure skaters in single skating, as well as a couple and a dance duet. Skaters receive points from 12 to 1 for the places they occupy. The Russian national team won the tournament for the first time in history.

Coronavirus This is how the restrictions are lifted: Access to the private gym will take place on Thursday and Korkeasaari after Labor Day, the opening of the swimming pools in Helsinki will have to wait