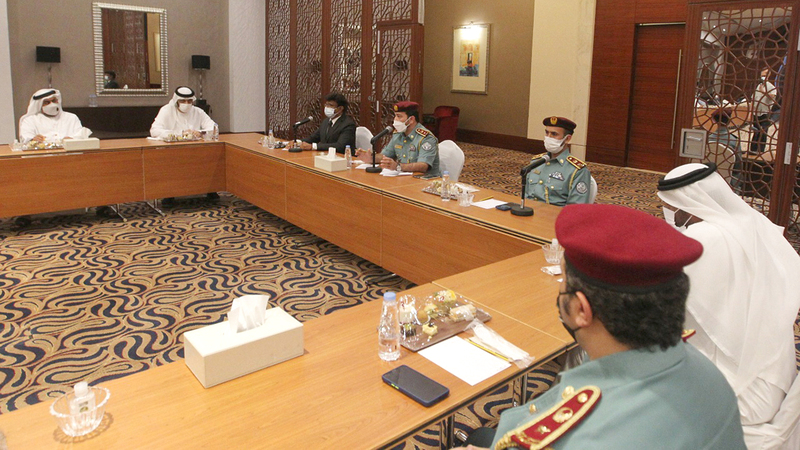 The Sharjah Chamber of Commerce and Industry, in cooperation with the General Command of the Sharjah Police, organized yesterday the second introductory session of the awareness campaign for the security of establishments in industrial areas, which was launched under the slogan “The safety of your business .. the basis of its prosperity,” and aims to educate the owners of establishments about security measures to reduce rates. crime, and increase the sense of safety.

The head of the Community Police Department, Lieutenant-Colonel Jassim Al-Suwaidi, explained the most important measures that will be focused on during the campaign, which will continue until the end of this year, explaining that the role of the police is preventive and awareness-raising, aiming to reduce erroneous practices and reduce negative phenomena, and to go to the field to audit facilities from Where the security measures it follows, and educating the owners of establishments and workers in the industrial zones in several languages ​​that are compatible with their cultures and ensure access to the largest segment of them, to avoid making mistakes.

He stressed the keenness of the Sharjah Police General Command to support the business community in the emirate, through the existing cooperation with all institutions concerned with this sector, praising the strategic partnership with the Sharjah Chamber and its pioneering role in delivering awareness messages to the owners of industrial establishments, the segment of their employees and their clients, through awareness campaigns. The various projects implemented by them, calling on everyone to cooperate with the security authorities and relevant partners, in implementing all the recommendations that serve them, and make the Emirate of Sharjah an oasis of security and safety.

For his part, the Chairman of the Representative Committee of the Industry Sector Working Group, Lalo Samuel, stated that the Chamber will work to implement the roles entrusted to it in the campaign, which is to list the establishments and companies in the targeted industrial areas, which number about 8000 establishments, in addition to communication and coordination with companies. And preparing and preparing for holding workshops and lectures to deliver awareness messages, as well as sending pledges and requirements for cameras and securing facilities.