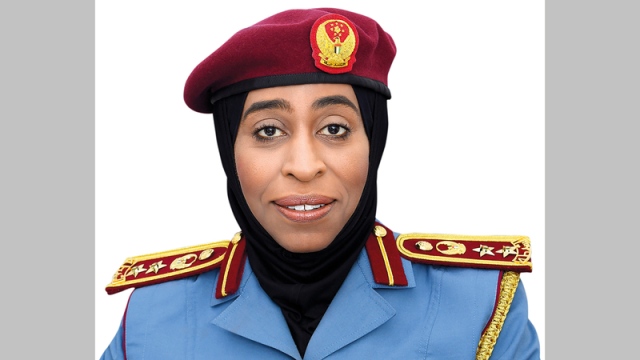 The Director of the Social Support Center in the Sharjah Police, Colonel Mona Sorour, stated that the center succeeded in resolving 310 amicable family disputes during the past year, confirming the keenness of the Sharjah Police General Command to support and document family ties and keep them away from the climate of disputes, and work according to an academic vision on Removing the stuck sediments in the souls, especially with families who have communicated with the center, by providing advice and guidance in methods based on affection and tolerance, setting up treatments for various issues, and working to contain them in a friendly atmosphere, in a manner that ensures the strengthening of family relations and placing them in their proper framework What our true religion urges us to do, and it is in line with the leadership’s directions in providing the means of life that ensure family stability and happiness.

She pointed to the introduction of smart services at the center since its inception in the middle of last year, to provide and facilitate electronic reporting and consulting services, and received 14 family consultations during the year 2020, and also provided services to support victims of violence and abuse, explaining that there are specialists to follow up those cases that reach the center through electronic services. , In Arabic and English, and the response time for emergency reports is between five to 10 minutes.

She stated that psychosocial support was provided to 565 children, senior citizens, women and people of determination, and indicated that 14 university students had been trained on programs to contribute to providing psychological and social support.

Sorour stated that the center plays a tangible awareness and guidance role to reduce family disputes, by providing educational doses to various groups of society, through leadership accounts on social media, in addition to making field visits to families before and after resolving differences and problems between them, in order to ensure their stability And their interconnectedness.

She added that the center provides its services to a wide range of community members in Sharjah, as it works to address various family issues, limit them and solve them in the narrowest scope, and work to prevent them from worsening, given their psychological and social effects that cast a shadow over several parties, within the framework of the same family. The center is to highlight the social role provided by the police in solving family issues, both thorny and simple, in the best way and by means of experienced and specialized specialists.

Colonel Mona Sorour called on community members who wish to communicate with the center to call 065944254 during official working hours, or on the duty officer number 0502001888 during the 24 hours, noting that the center is characterized by basic principles in dealing with all cases, the most important of which are complete confidentiality and gradual steps. When handling cases.

The center provided psychological and social support for 565 children, senior citizens, women and people of determination.

The prescription for the coronavirus vaccine, available on the Internet?

Lavrov on the expulsion of 10 US diplomats