Sharjah confirms “the Asian lead” with “the seventh point” 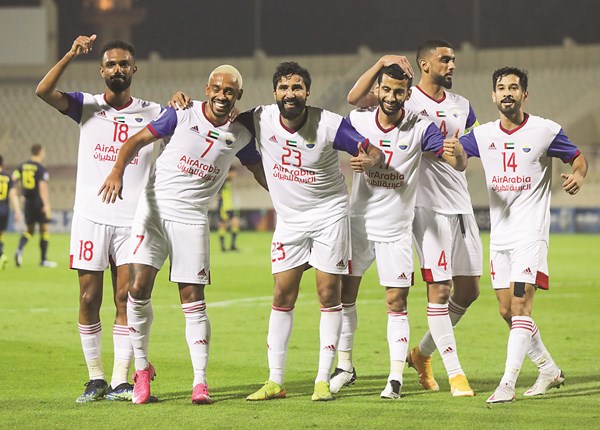 Sharjah achieved a big victory over the Uzbek Pakhtakor 4-1, today “Tuesday”, at the end of the third round of the AFC Champions League Group Two competitions, to raise its score to 7 points, 4 points difference between the Iranian Tractor, the closest competitor, who tied with the Iraqi Air Force without goals So, “The King” continues to play a beautiful “Asian symphony” until now.

Caio Lucas was the brilliant star in Sharjah with his fatal passes, and the beautiful goal he scored, confirming his skill in leading the team, which hit the net early, precisely 6 minutes after the start through Khaled Bawazir, and Serbian Dragan Serran responded with the equalizer to Pakhtakor in the 21st minute, and then by 5 Minutes, Caio Lucas broke through the defense and made a golden ball for Salem Saleh, with which he scored the second goal for Sharjah.

In the second half, the Uzbek team rushed, making the spaces open in the back lines, which was used by the “talented” Caio to score the third goal in the 58th minute, and three minutes later Caio led a great attack, from which Luan Pereira scored the fourth goal.

George Floyd Trial: Decision made - Biden hopes for a "correct judgment" and causes a stir