Sharjah challenges Pakhtakor in “Asian” in search of the seventh point 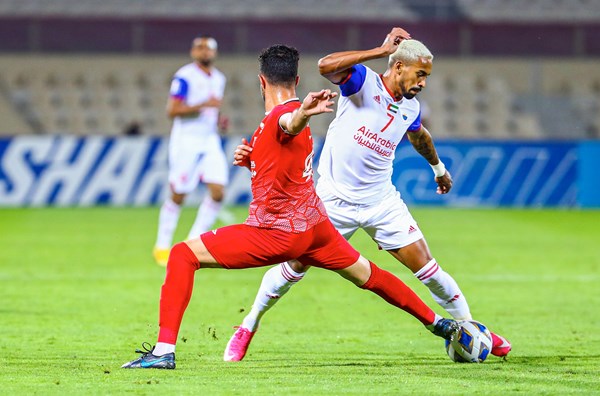 The Sharjah team is looking for the seventh point when it meets tomorrow night, the Uzbek team, Pakhtakor, in the third round of the AFC Champions League Group B competitions hosted by the emirate, and on the oval stadium, and the match represents a new turn on the king’s road to ascension, especially since the two teams will meet Again, Friday in the fourth round, that is, they will play two very strong matches within 96 hours, and the confrontation is the first between the two teams at the level of the continent, and bears the number 14 for Sharjah during 3 of the king’s participation so far in this tournament, but it carries the number 105 in the number of matches of the Uzbek team that He leads the local league in his country with 15 points from 5 wins.

Al-Anbari is armed with the high spirit of his stars, who have so far provided distinguished performance, making them lead with 4 points from a victory over the Iraqi Air Force with a clean goal, and a negative draw with the Iranian Tractor at the end of the second round, while Pakhtakor and Tractor share the second place with two points, and the Air Force is in the last place. With one point, the king leads in the absence of the injured Igor Coronado, the Brazilian striker Caio Lucas with experience and competence and with him the Uzbek Shukorov who had previously played a lot against Pakhtakor when he was a player in Bunyodkor, as well as the captain of the defense and the team Shaheen Abdul Rahman and the brilliant goalkeeper Adel Al Hosani, Khaled, Ali Al-Dhahani and Khaled Bawazir And the great effort Muhammed Abdel Basset and Luan Perera

The Uzbek team is a semi-permanent guest in the Champions League since 2000, where it has participated so far in 18 copies, which confirms that it has experience in this tournament, but it is noticeable that it is the lowest level in this version, because some big stars have moved away from its ranks, including Masharipov, a young player. Al-Ahly loaned from the Saudi Al-Nasr club. Pakhtakor’s career with the league teams includes 17 confrontations, winning 10 matches, losing 3 times and drawing 4 times, and the king will be required today to achieve victory to break Pakhtakor’s thorn and continue to launch our team towards the top. Our match is preceded by another, no less important, meeting between the Iranian Tractor and the Iraqi Air Force at 7 pm at Sharjah Stadium.

Recovery package Minister for European Affairs Tuppurainen: The recovery package is about solidarity, and it is also important for Finland in terms of security policy