Share secret corners of Spain to rediscover the pleasure of traveling 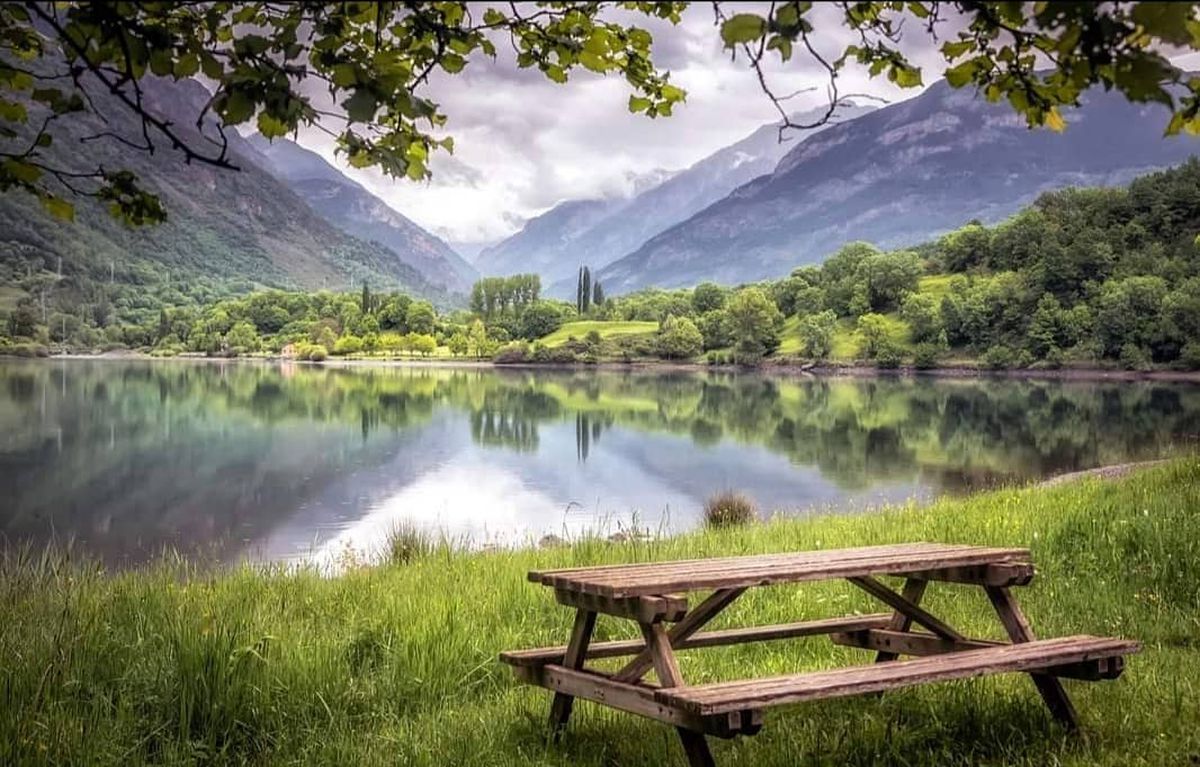 Inland tourism has become more important this year than ever. After 2020 in which the effects of the pandemic caused a historic drop, domestic trips are essential for the recovery of a key sector for the Spanish economy (it accounts for 12.4% of the country’s GDP). “The pandemic has rescued and reinforced the rural destination, a destination that is not very crowded and safe,” explains Fernando Valdés, Secretary of State for Tourism. “For this summer, the occupancy in this type of tourism reaches a figure higher than that of the summers prior to the pandemic, five points above the 41% of the summer of 2019, although it does not reach the 55% reached in 2020. And this because this year, thanks to vaccination, tourists choose all kinds of destinations. Recent data published by Enaire indicate that domestic flights in July reached 91% of those in the same month of 2019 ”.

Beyond the data, necessary for our economy, there is another trend related to current times that affects the way we travel. In the era of social networks, we use the image to summarize experiences, sharing them to suggest an ideal of life. In this inclination to show idyllic landscapes, it is common to enhance the exotic and the distant, forgetting what is closest to us. Spain is the third country in the world with the most UNESCO World Heritage designations, including 15 cities and four natural assets. A wealth that on many occasions we overlook, and that hides a large number of places that deserve to be discovered.

A country in high definition

Discovering many of those places that are close to us and getting us to value them as much as other more remote ones is the task of El País Oculto, the initiative launched by Samsung to promote local tourism. From mid-June to early August, users have been able to share images of their hidden corners of the Spanish geography through Instagram, using the hashtag # TuRincónOculto, which were shown through the platform elpaisoculto.es, forming a treasure map for the traveler.

The pandemic has rescued and strengthened the rural destination, not very crowded and safe. This summer, occupancy in this type of tourism exceeds 41% in 2019 by five points

The almost 3,000 images received have formed a cartography of corners to be explored throughout Spain, in which Andalusia (with about 300 photos), Catalonia (with 241) and Galicia (185) have been the most represented. From among all the photographs received, a jury made up of professional photography experts has selected the best, whose authors have been awarded with a smartphone Galaxy S21 Ultra 5G, with 8K technology. In them we discover five jewels: the Pantano de Eriste (Huesca); the Echentive beach (La Palma); the Episcopal Palace of Astorga (León), designed by Gaudí; the unique Dragon de la Calderona (Valencian Community) and the Urrácal gorge (Almería). However, there are many more.

Treasures from north to south

Leaning on the platform elpaisoculto.es It involves discovering a large number of places that often go unnoticed to choose a destination, despite being very close. It also represents a way in which to value all those places of great beauty in each community. Thanks to the participants, it is possible to recall some of the historical enclaves of each city, as well as discover other more hidden corners that have been increasing their fame thanks to applications such as Instragram. With their snapshots, users have captured the rich landscape of the Spanish geography: from small charming coves or cliffs that offer spectacular views to natural spaces with hidden waterfalls, passing through contemporary urban environments or buildings from bygone eras.

If we start a virtual tour of Galicia, we can admire the views from the old fortified fort of Baroñadating back to the Iron Age, or gazing at the sunsets in the Area Longa Beach, in Camariñas (A Coruña), for example. From there we can go to Asturias, discovering small treasures such as the Chorrón waterfall, near Villamayor, or be amazed by the Pría’s jesters, spectacular rock formations on the edge of a cliff. Continuing east along the Cantabrian coast we can set the objective (as the participants in the initiative have done on Instagram) in another landscape on the edge of the sea, the Broken coast of Cantabria, or we take a break in the quiet corners of the Piquio Gardens, in the Playa del Sardinero de Santander. Tomorrow we can lose ourselves in the mist of the Otzarreta Forest, in Vizcaya, or witness a sunset in the Orio Beach, in Guipúzcoa. Everything is close, everything feels like it.

It does not matter where the computer cursor or the finger on the mobile is on the map. Continuing this route in a downward direction, heading south, we enter the Baztán valley in Navarra, to seek meditation and recollection the Valvanera Monastery, in La Rioja. The extensive Castilla y León offers a choice, with surprises such as the landscapes of Puebla de Sanabria, or the impressive rock formations of Cantenpino Ash. While if we turn our gaze towards Aragon, we discover the landscapes of Ibones de Ordicuso, near Panticosa (Huesca), or the monumental Rueda Monastery. To cite just a few examples.

The circumstances, therefore, have made us look at our close surroundings to choose a vacation destination, as recognized by the Secretary of State for Tourism. “The fact that, according to recent surveys, 8 out of 10 Spaniards who are going on vacation declare that they will do so in our country has, without a doubt, a very positive impact on the tourism sector,” says Valdés, who also highlights the economic impact of this trend. “In June 2021, the latest data available, the affiliates registered for employment linked to tourist activities increased by 3.3% year-on-year, reaching a total of 2,288,126 affiliates to Social Security. June has been the first month since March 2020 in which the interannual rate of change in the number of affiliates has been positive. Affiliates in tourist activities accounted for 11.9% of the total affiliates in the national economy. In absolute figures, the greatest increases occurred in Andalusia, the Balearic Islands, Catalonia and the Valencian Community ”.

This populous Mediterranean strip, a favorite coastal destination for many, is also home to hidden treasures, judging by the participation in # TuRincónOculto. In the 70s, the most sought-after photos in development shops were the Drach caves (Mallorca), or the Peñíscola castle (Castellón), which are still among the chosen corners, by the way. But now, the next generation shares even the secret places, thanks to the smartphones and to Instagram. From the coves of port-Bou to the landscapes of Miravet, in Catalonia, we descend along the coast until we reach the Valencian Community, where places await us that transport us to another era such as the castle of Alcala de Chivert, or small paradises like the Cala La Renegà. Jumping towards the Balearic Islands, we find idyllic pictures in Platja de Muro (Mallorca), or Binibeca, in Menorca. And in Murcia we stop at the sea caves of the Salto del Usero and towns as picturesque as Cabo de Palos. It is never too late to look inside, even two steps away from the towel and the umbrella.

Andalusia, another classic of the inland tourism boom for years, today also concentrates the largest number of destinations proposed by users, with many options to choose from. In this case, we can contemplate places as suggestive as the Las Sirenas Reef, in Cabo de Gata (Almería), or the Pinsapos forest, within the Natural Park of the Sierra de las Nieves (Malaga), or get lost in the corners and fountains of Priego de Córdoba. And what about the many attractions of the Canary Islands, among which we can highlight the spectacular Cascade of Colors of La Palma, or the stillness of Puddle Manso, in El Hierro. Landscapes, culture, beaches, forests and towns from north to south that encourage us to discover more than a country that is not exhausted.