Shanghai motor show: a woman climbed on the roof of a Tesla to protest the brakes 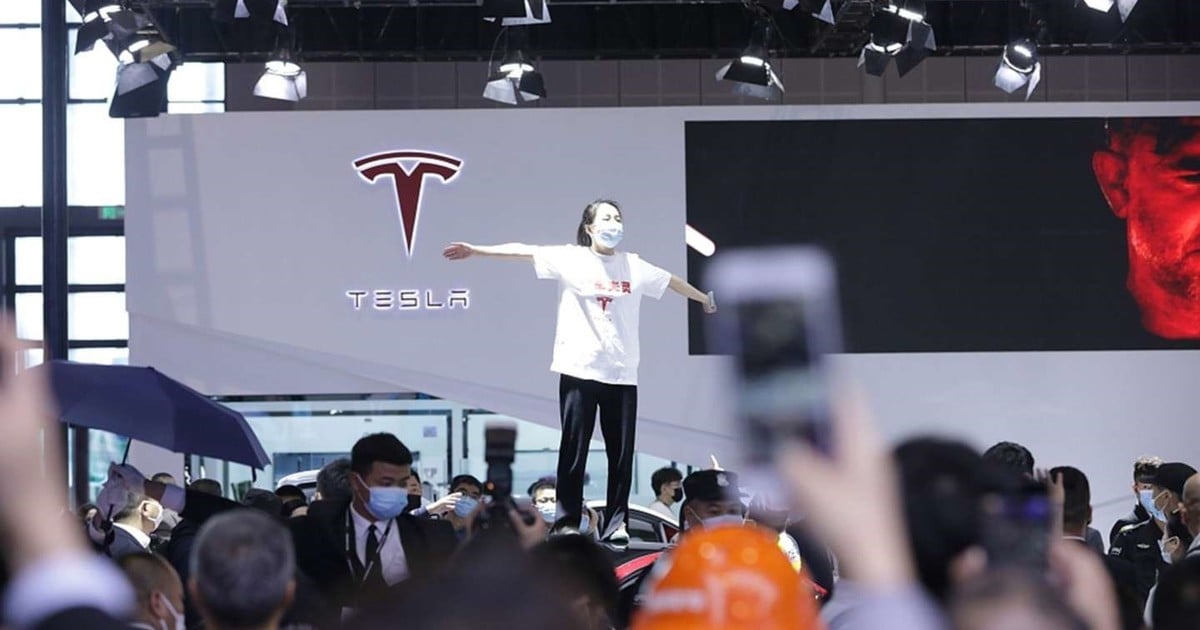 A woman shook the stand Tesla at the 19th Shanghai Auto Show, one of the first to be held amid the coronavirus pandemic.

The Chinese exhibition will be open to the general public between April 21 and 28, a period in which the organizers prepare to receive more than a million people.

As happens in almost all salons in the world, the two days prior to the general opening are exclusive for the specialized press to learn about all the news and witness the different conferences that the executives of each automotive company offer about their launches.

A female Tesla owner climbed on top of a car’s roof at the Tesla booth to protest her car’s brake malfunction at the Shanghai auto show Monday. The booth beefed up its security after the incident. pic.twitter.com/ct7RmF1agM

However, among so many firsts, the image of the day was not starred in either the Mercedes-Benz EQS or the first Huawei car, but rather a woman who climbed on the roof of a Tesla to protest loudly against Elon Musk’s signature.

The scandal occurred at the stand of the American electric car brand, when the infiltrated woman climbed into a vehicle. The reason? Accuse the brand of installing faulty brakes on his own Model 3.

Dressed in a T-shirt with the legend “Uncontrolled brakes“In Chinese, and the Tesla logo, the protester ignored the security guards who, even using umbrellas, tried to get her out of the vehicle without success.

Images released by Global Times News show the woman removing and throwing the umbrellas with which security personnel were trying to cover the scene, yelling over and over again that “Tesla brakes are failing.”

As Tesla explained to Bloomberg, it is not the first time that this woman has protested the brake problems that caused her a serious accident.

Finally the woman was reduced and must comply five days of arrest.

The woman was forcibly removed and must serve five days in detention.

The reply from the Californian brand was immediate, although it was not very well received by Chinese netizens who described the company’s comments as “arrogant.”

The company said it “acknowledges sensible criticism” but “will not commit to complying with unreasonable claims.”

Tesla’s answer in Sina Weibo (similar to Facebook) was one of the most discussed topics of the day, with more than 21,000 comments.

Although what set the fire the most was the suggestion of a Tesla China executive about a conspiracy behind the protest.

For their part, analysts say that although Tesla is the first foreign car manufacturer in China, and came to that country in the middle of a trade war with the Trump administration, it does not have special privileges with consumers.

Praise of a beach