Shadows in the Vatican 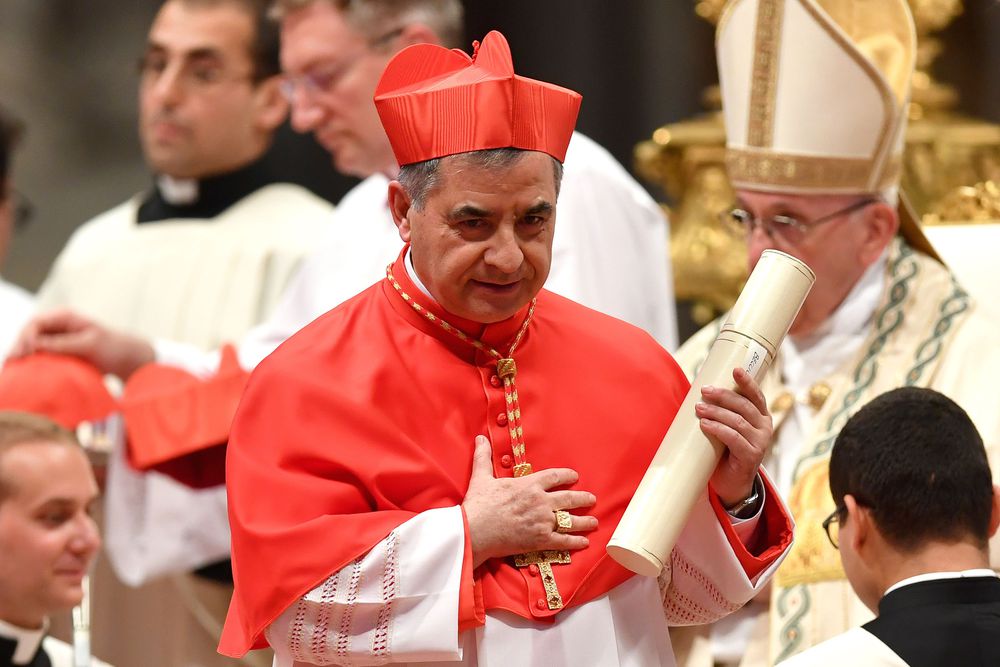 The Vatican once again enters a storm of scandals with a certain flavor to the corruption cases known as Vatileaks, which led to the resignation of Benedict XVI in 2013. The German Pontiff asked upon his arrival in 2005 to pray for him so as not to end up fleeing out of fear from the wolves that surrounded him. His fears were fulfilled and he had to step aside in a landmark decision eight years later. Francis decided upon his arrival to clean up and liquidate the curia currents that had been skinning for decades, almost always on account of the opaque finances of the Vatican. Today no one doubts the good intention of this Pontiff, who started his work by dismissing members of the old guard, such as Cardinal Tarcisio Bertone, who built a 700-square-meter penthouse with money from a children’s hospital and obstructed the reform of the Vatican Bank (IOR). But many of those appointments have not worked and seriously question some advances of this pontificate.

Cardinal Angelo Becciu, valuable plumber of Benedict XVI and Francisco, is at the center of the conflict. Without a trial or even formal accusations weighing him down, he was dispossessed by the Pope of his rights as a cardinal. An unusual fact —only three times in two centuries— that could prevent him from participating in a future conclave for which his name sounded strong. He is charged with alleged crimes of embezzlement or nepotism, and is linked to a mysterious relationship with a woman who wasted the money of the Holy See on luxury goods when she had to weave a network of parallel diplomacy. But beyond the outrages attributed to him, the case highlights the violent power struggles that persist in the institution almost eight years after the arrival of Francisco. A show in broad daylight that does little for the image of the Catholic Church.

The Pope has proven to be ruthless when it comes to pushing aside scandal-spattered collaborators. This is the case of Becciu, one of his best advisers, also of five officers in the Secretary of State or the auditor general whom he hired in 2013 to put order in the devilish finances. The Vatican is not a democracy and the Pontiff can act as an absolute monarch. But the punishment of some contrasts with the patience towards other characters on whom accusations and pending processes weigh. Cases like that of Bishop Gustavo Zanchetta, awaiting trial in Argentina for abuses and staying today in the same residence as the Pope in the Vatican, reveal a criterion that generates enormous suspicions in a curia with which Francis never finished get along, but without which it is almost impossible to carry out the revolution he planned upon arrival. Navratri 2020: Sing Aarti during worship of Shailputri, the first Goddess of Navratri, all wishes will be fulfilled

Corona summit: Kretschmer questions the 50s incidence – what will happen to the ban on accommodation? – WORLD

Covid-19: in Marseille, the police prefect requests the reinforcement of the municipal police to control bars and restaurants