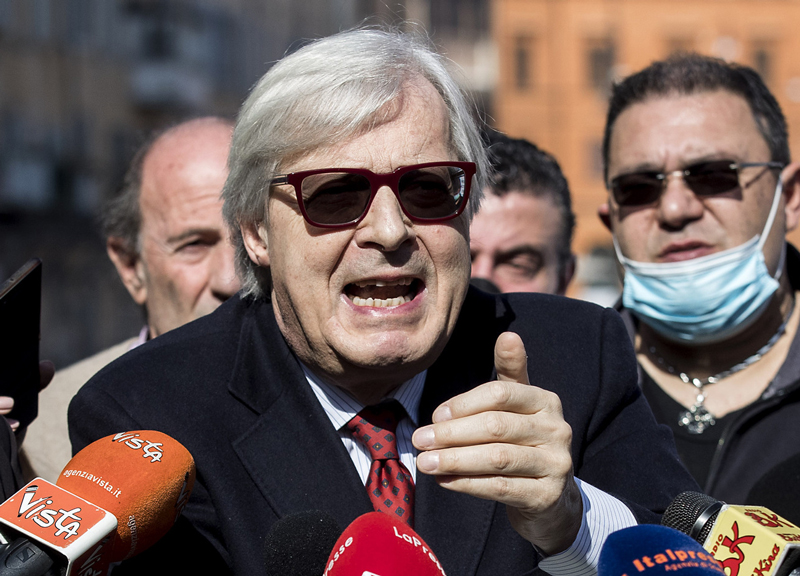 Vittorio Sgarbi risks losing his post as future Councilor for Culture of Rome, in case of success to the administrative center of the center. The art critic, in fact, – we read in Repubblica – ended up in the crosshairs of the Court of Rome, which accuses him of having authenticated at least 32 paintings by Gino De Dominicis, a master from the Marche who died in 1998 and protagonist of the Second World War art scene. , which he, claims the prosecutor, knew to be blatantly false. On some canvases, the brushstrokes of white were still fresh.

The art critic, however, is also accused of being part of a criminal association that produces fake paintings by De Dominicis (but also by De Chirico, Carrà and Fontana), authenticates them. The value of the seized paintings – continues Repubblica – exceeds 30 million. Sgarbi’s remuneration was 170 thousand euros. A minor trend (receiving stolen goods and false authentication, this crime disputed to Sgarbi) has already ended up in a courtroom, but tomorrow the preliminary hearing of the parent branch on the criminal association is set, where it will be decided whether Sgarbi and the others they have to go to trial.