Seville asks for a postponement because of the “Cup” 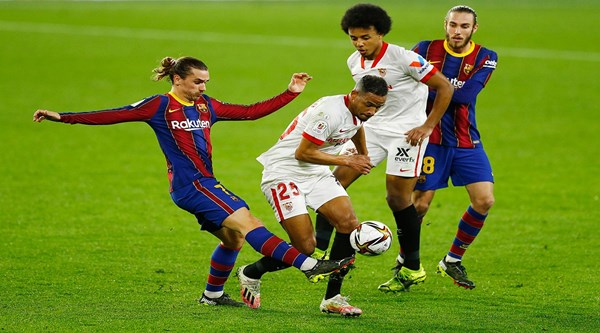 Madrid (Reuters)
MADRID (Reuters) Sevilla club said on Monday that it had requested to postpone its next match in the Spanish Football League against Barcelona, ​​which is scheduled for next September 11, to a later date. The International Football Association Board (FIFA) decided to extend the period of holding the World Cup qualifiers in South America.

And FIFA decided to extend the period of holding matches for two additional days to enable the teams to perform their matches postponed from last March due to the Corona virus in September and October.

Thus, the international break in South America will end on September 10, just 24 hours before the matches in the domestic league, including the match between Seville and Barcelona.

Sevilla said in a statement: The competitions committee of the Spanish Football Federation will meet this week to consider the request, which came as a result of the decision of the Court of Arbitration for Sport, which rejects the amendment of the FIFA program for America’s crazy matches. This situation will be repeated in October as well.