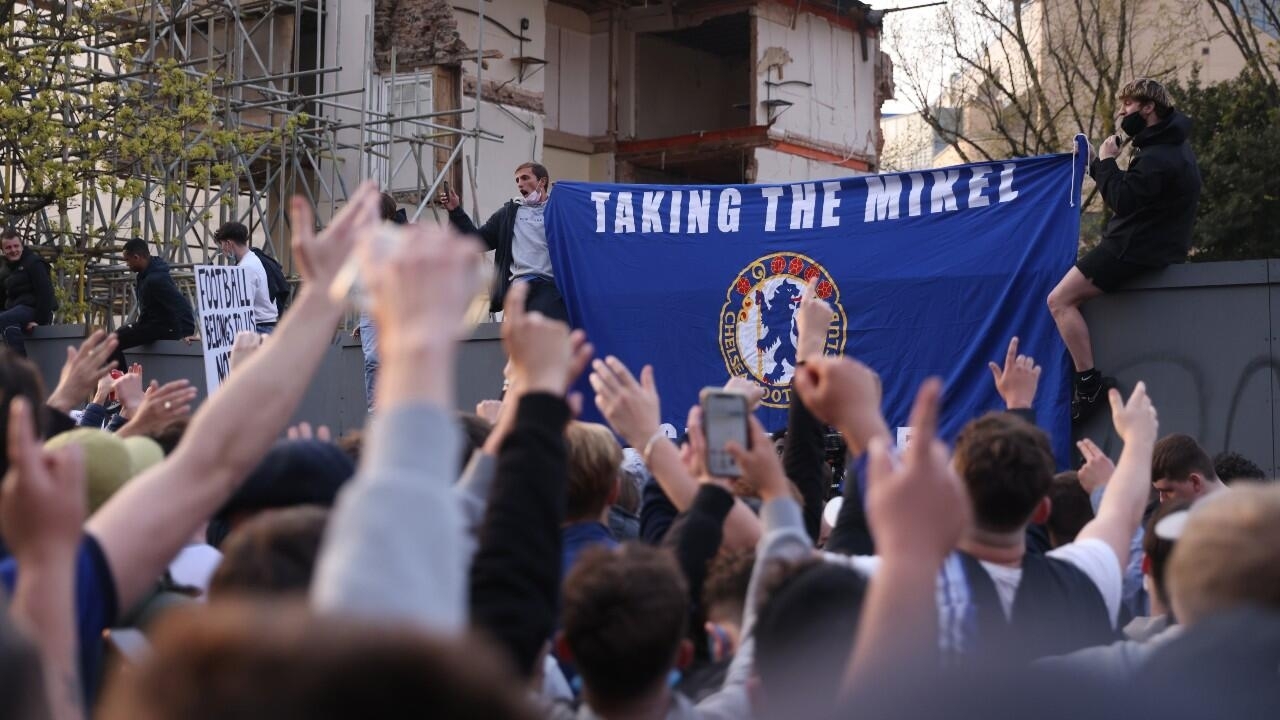 British media point out that Chelsea and Manchester City could not be part of the Super League after the reactions shown by fans, managers and representatives of world football. In Spain, the association ‘Seguiment’, of FC Barcelona, ​​points out that the decision to participate must be ratified by the partners while the FIFA president warned the clubs “that they will have to live with the consequences, if they want their own way ”.

According to a report by the British media ‘BBC’, Chelsea would be managing its documentation to withdraw from the European Football Super League, two days after its creation and the presence of the English club as one of the founders were announced.

The news about the possible retirement of Chelsea, whose owner is the Russian Roman Abramovich, came in the middle of a protest carried out by fans of the club outside the stadium and that caused a delay in the game that the team had to play against to Brighton for the English Premier League.

Additionally, a report from the newspaper ‘The Sun’ revealed that Manchester City would also be planning to withdraw from the competition. A fact that the club confirmed about the English night through a statement issued on its social networks in which it announced that it began the procedures to withdraw from the Super League.

“Manchester City Football Club can confirm that it has formally enacted procedures to withdraw from the group developing plans for a European Super League,” the text read.

Before learning about the report of the newspaper, the coach of the group, the Spanish Pep Guardiola, had stated that the format of the tournament, defined as a closed league where at least 15 clubs would have their participation guaranteed year after year, was not in tune with the principles of sport.

“The right people have to clarify, they have an obligation, they have a duty to do it as soon as possible, today better than tomorrow, tomorrow better than the day after tomorrow (…) It is a global problem and where it is necessary to clarify what is the situation that is going to come, the benefits and why they made the decision of the teams that are going to play (…) Why can’t Ajax Amsterdam, which has four or five Champions League, be there? ”said Guardiola.

The Prime Minister of the United Kingdom, Boris Johnson, who has spoken out against the project and threatened to use legislative elements to prevent it from being carried out, celebrated the intention of the two clubs to depart from the project described by many as “separatist”

“The decision of Chelsea and Manchester City is, if confirmed, absolutely correct and I congratulate them for it. I hope that the other clubs participating in the European Super League will follow suit,” Johnson wrote in a message through the social network Twitter

The decision by Chelsea and Manchester City is – if confirmed – absolutely the right one and I commend them for it.

I hope the other clubs involved in the European Super League will follow their lead.


In Spain, where three clubs (Real Madrid, Atlético de Madrid and Barcelona) have announced their presence in the tournament, representatives of the ‘Seguiment FCB’ association, a group formed in 2015 to defend FC Barcelona members, spoke out and indicated that the participation of the blaugrana was subject to the approval of the partners or the Assembly of Compromisarios.

Infantino: “if they want their own way, they will have to live with the consequences”

“We strongly disapprove (…) If some (clubs) go their own way, then they must live with the consequences of their choice, or you are in or out. You cannot be half in and half out,” Infantino told the UEFA congress. held in Switzerland.

A commercial court in Spain, where corporate disputes are resolved, issued a preliminary ruling stating that “FIFA and UEFA cannot stop the right of 12 clubs to form the Super League,” the Reuters news agency published, adding that it did not know. whether the decision has any implication for two bodies based in Switzerland.

For his part, Jonas Baer-Hoffmann, general secretary of FIFPRO (an organization that defends the rights of footballers), pointed out that, although “the Super League could disrupt the economic panorama of European football,” he rejects Ceferin’s threats to prevent the footballers who dispute the tournament represent their countries.

“We will defend the players and make sure they are allowed to represent their country, which is something they do with a lot of pride and a lot of passion (…) It is obvious that the players are being used as a leverage tool in this fight, what which is wrong, “he said.