Several dead and injured in building collapse in Bombay, India 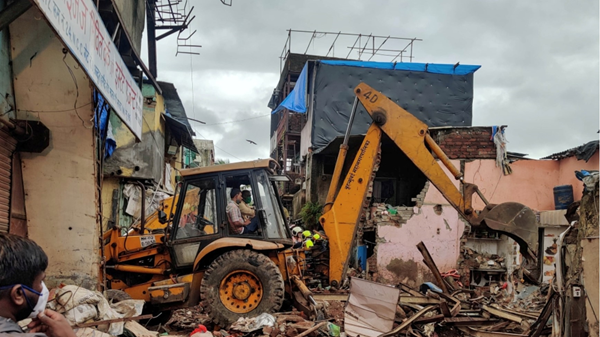 Indian authorities said Thursday that at least 11 people, including eight children, were killed when a building collapsed in Bombay due to torrential monsoon rains.
The authorities of the capital of the state of Maharashtra (west) said that the collapse of the building, which is located in a poor neighborhood on Wednesday evening, injured seven other people, explaining that six of the injured are in stable condition, while a 30-year-old woman was admitted to hospital in critical condition.
Search and rescue operations will continue Thursday to find a large number of missing persons.
“Three people could be trapped (under the rubble) and searches are still going on,” the Indian Express daily quoted Prapat Rhangdel, a Mumbai municipality official, as saying.
Residents of nearby buildings, which appear to be in poor and dangerous condition, were evacuated.
Collapses of poorly constructed buildings frequently occur during the rainy season, which began on Wednesday in Bombay, and often cause floods that disrupt traffic.