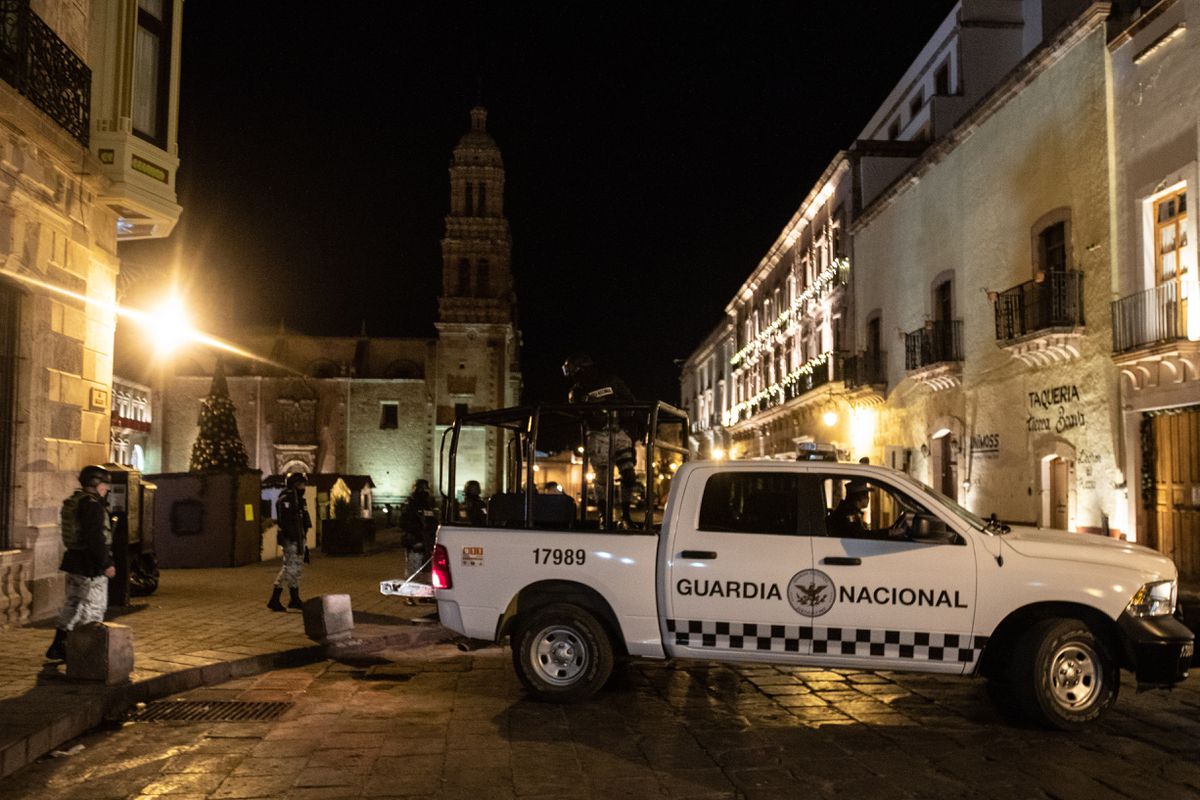 The investigation into the latest massacre in Zacatecas has yielded the first data. The 10 bodies that were left inside a van in front of the State Government Palace belong to eight men and two women, between the ages of 18 and 45. So far only seven victims have been autopsied, who died from the same cause: asphyxia by strangulation. The bodies have injuries from having been tied hands and feet, and one of them shows signs of having been tortured, as confirmed last night by the state prosecutor, Francisco José Murillo Ruiseco. In the last fight between the drug traffickers and the State, a truck with a dozen bodies was abandoned on Three Kings Day in the Plaza de Armas, where the government headquarters are located. President Andrés Manuel López Obrador has described the act as “provocation.”

At dawn on January 6, a gray truck entered the historic center of Zacatecas to the Government Palace. There, minutes before 5:30 a.m., a driver left the vehicle parked and fled. After setting off the alarms, the authorities found a dozen bodies inside the car. Within hours, Governor David Monreal announced the arrest of several people linked to the events, without specifying the number of those arrested or their relationship to the crime. The macabre gesture once again focused on the brutal violence that rages in the State, where in recent months the main cartels of the country, that of Sinaloa and that of Jalisco Nueva Generación, have clashed.

López Obrador has affirmed in his morning conference this Friday that the massacre was the product of “clashes between groups”: “And, of course, it is a provocation to leave bodies, but action is being taken.” Since 2020, 2,900 murders have been registered in Zacatecas, with peaks of up to 200 homicides in a single month, as happened in September 2021. In the midst of a state in flames, the president announced the transfer of hundreds of security agents to Zacatecas. Within the so-called Zacatecas Support Plan, there are almost 2,000 military personnel deployed in the entity, another 1,900 National Guard agents and three helicopter gunships. The Secretary of Defense, Luis Crescencio Sandoval, has insisted since November on the need to reinforce the heart of the entity, which is a key point for drug trafficking, as it is connected with the main border states and with access to the sea.

Both the governor of the state, the Morenista David Monreal, and López Obrador have tried to mitigate the impact of this new massacre under the supposed successes that the new security strategy had given in December. “We had a good end of the year,” Monreal insisted in a conference yesterday from the same public square where the drug lord had left the 10 bodies.

The state prosecutor has confirmed that five of the victims of the truck have already been identified: one of the girls, only 20 years old, has been recognized by her family, the other along with three of the men have been found in the AFIS system. fingerprint recognition, where they were registered for minor offenses.

This morning massacre of Reyes is another reminder of the terror that ravages Zacatecas. Nine municipalities this year have been left without local police, who resign in terror of the uncontrolled violence, and dozens of bodies have been exhibited tortured on the bridges of entry to several cities. The State has become the epicenter of violence in Mexico, where drug traffickers proudly display their power. Monreal recognizes that insecurity is the region’s main challenge, but attributes it to a “cursed inheritance” received from previous governments.

During the three years of the López Obrador administration, there have been more than 105,000 murders. The data, from the Executive Secretariat of the Government’s National Security System, reflect the ineffectiveness of the security strategy, based on the massive deployment of federal troops. Only in the first week of January 2022, in addition to the Zacatecas massacre, the discovery of nine bodies this Friday on a highway in Veracruz, one of the most troubled regions of the country due to the presence of organized crime, is recorded. “They were left there,” Governor Cuitláhuac García said in a message about the bodies, and like an unfulfilled mantra repeated ad nauseam, he assures: “There will be no impunity.”

Gravina: “A used car by Lotito? I would buy it, but I would have it checked carefully …”