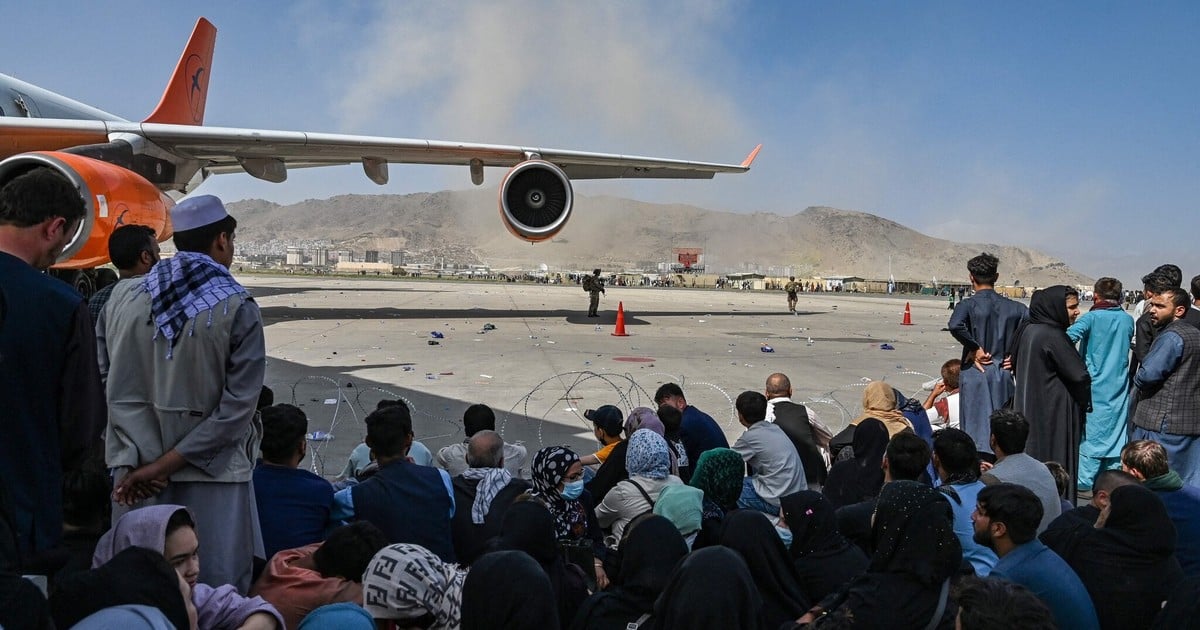 The Kabul airport in Afghanistan was transformed into a Mortal trap constant for those who seek to leave that country, after the invasion of the Taliban. As confirmed by the British Ministry of Defense, in the last hours there were at least seven new deaths in the place.

That body stated that conditions on the Afghan ground “remain extremely difficult.” In parallel, he assured that they are “doing everything possible to manage the situation in the safest way possible.”

“Our thoughts go out to the families of the seven Afghan civilians who have sadly died in the crowd in Kabul. Conditions on the ground remain extremely challenging, “they added in a statement.

According to various British media, Foreign Minister Dominic Raab seeks to meet with the US Secretary of State, Antony Blinken, in order to try to achieve an extension of the evacuation period for US forces, initially set for August 31. .

“If the American calendar sticks, we have no time to lose to evacuate most of the people who are waiting,” said British Defense Minister Ben Wallace, who further clarified that if the Americans decide to stay in Afghanistan, “they will have everything. our support”.

Terror at the airport

On Saturday morning, a large number of people approached the airport of the Afghan capital, in search of a forced exit given the delicate social, political and military situation that the Asian country is going through, after the return to power of the Taliban.

The day was marked by the continuity of chaos in the vicinity of the air terminal, where shots were heard constantly. According to the Sky News channel of Great Britain, the shots came from the military forces that were trying to “clear the area to relieve pressure at the front.”

The situation was “especially critical,” he added. And he even ruled that it was the “worst day” since the evacuations began.

Local and foreign citizens seek to leave the country at all costs. However, for example, the US Embassy in Afghanistan advised that citizens of that North American country “avoid” approaching the airport, due to “possible threats to security.”

In that sense, the president of the United States, Joe Biden, also issued a warning to his compatriots. He said he could not guarantee the final outcome of the evacuation from Kabul, which he called “one of the most difficult in history.”

Last Monday, at least five people died trying to escape from Kabul airport at any cost. In fact, images that traveled the world showed a group of people trying to get on the wings or the wheels of the planes that took off from the place.

Another heartbreaking scene that proves desperation was the delivery of babies by their mothers, to whom they had the possibility of boarding. “It was horrible, the women threw their children over the barbed wire, asking the soldiers to catch them. Some got caught in the fence,” said an Afghan official.

On Wednesday, meanwhile, 17 people were injured as a result of a stampede that occurred at one of the entrances to the air terminal.

Turin, fire in the center: column of smoke over the city