Sergio Ramírez: “Today Nicaragua is an atrocious dictatorship that imprisons” 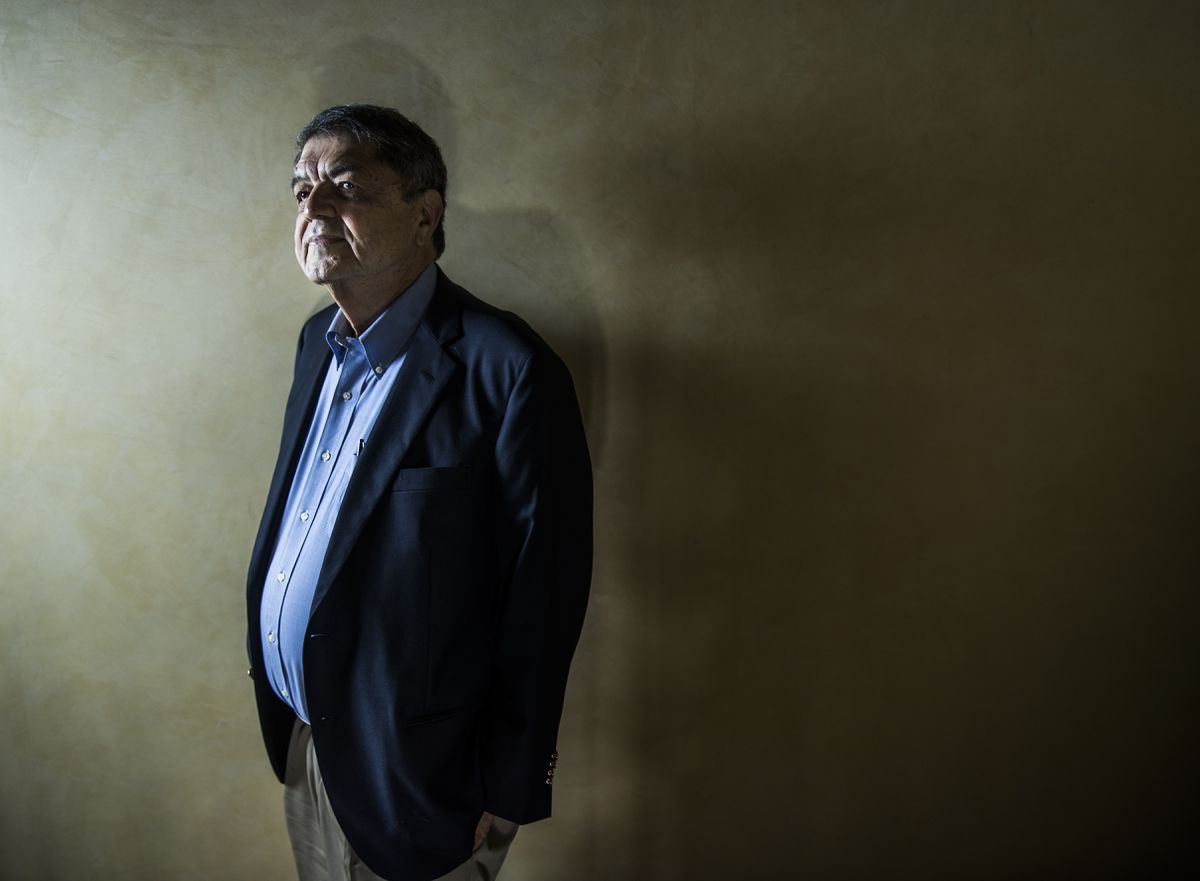 This man is sad. He usually has those droopy, sleepy eyes, but now no one could deny that he is truly sad. We can see, through the screen that unites us, that there is in him a deep disappointment that has been installed in his eyelids over the course of nearly half a century, the ones that lasted the Sandinista revolution in Nicaragua, in which he participated. and of whose government he would be vice president under the orders of Daniel Ortega, who is now the one who, for 13 years, has persecuted his companions in that struggle that inspired Julio Cortázar the title of his latest book, Nicaragua so wildly sweet (Muchnik, 1983). Now Nicaragua is a dictatorship (the writer, and Sandinista militant of those times, Gioconda Belli, also wrote in this newspaper this Saturday) whose leaders, commanded by Ortega and by the vice president, his wife Rosario Murillo, harass or imprison those who were once the enemies of the previous dictator, Anastasio Somoza. This man saddened by what is happening is Sergio Ramírez, 2017 Cervantes prize winner, born in Masatepe, in 1942. Now he speaks for EL PAÍS from a place, outside of Nicaragua, that he prefers not to reveal.

Question. In 1999 you said goodbye to those who were your battle companions against Somoza from your book Bye guys (Aguilar). How has that farewell evolved?

Answer. Unfortunately a lot of water has passed under the bridge, and not all the waters are clean. The Ortega dictatorship has greatly transformed the romantic idea that we had of the revolution. I continue to preserve my sentimental heritage, very intimate, of what we did. These are painful times, because two things have happened: those of us who defended the original idea of ​​Sandinismo have been left on the defensive, because more and more people tend to identify Sandinismo with Daniel Ortega, and that becomes a bad word, so there is a wave of repudiation of Ortega and unjustly against Sandinismo. As if Sandino had been a bandit, which is what Somoza used to say. If the figure of Sandinismo, for being linked to a man who betrayed the revolution, is pulverized, what is left for the country to sustain its identity? This is a small country. Sandino rose up against a world power that invaded him militarily. He went out, with few weapons, with few men, to defend Nicaragua from foreign intervention. A heroic feat. What we have today is an atrocious dictatorship that imprisons, persecutes, sends people into exile, puts former colleagues in isolation cells, they cannot speak to their lawyers, they cannot receive food from their relatives, no one has seen them again, and it is a dictatorship that imprisons presidential candidates… This is making Sandino’s figure the opposite of what he meant to us. It is a great tragedy. I continue to live the revolution with sentimental eyes, but it is increasingly difficult to separate that idea of ​​Sandinismo that we had in the eighties with the figure of Daniel Ortega, the dictator.

The Ortega dictatorship has greatly transformed the romantic idea that we had of the revolution.

P. That book was a notarial deed of a period in his life. Now all illusions are lost.

R. When i sat down to write Bye guys I told myself that I did not want this to be a memory of disappointment or revenge. I have always hated the word “dissident”. So I began to write some personal memoirs, of how I left Costa Rica, of that exile, and I went clandestine to Nicaragua. I risked my life without the awareness that I was doing it. In the whirlwind, going around clandestinely, unaware that he was doing any heroic act, surrounded by death, although he did not know how to look into her eyes. The mind is eliminating risks, so you are not aware of that danger. It is in that spirit that I wrote those political memoirs.

P. And now politics has come to visit him again, with the faces of some of those boys. What does this visit look like?

R. Before this very serious thing happened, I refused to give interviews about Nicaragua, because I did not want to return to the screens as a politician. But now this emergency is coming to Nicaragua and I am going to the United States to have a medical check-up, and that same Saturday they arrest the candidate Cristiana Chamorro. And on the plane in which I leave, I see that Arturo Cruz is arriving, another candidate to succeed Ortega, who is captured at the Managua airport. That’s what I know when I’m arriving for my tests in New Orleans. Immediately the hunt for other candidates begins, and they end up capturing Dora María Téllez, to whom I dedicate precisely Bye guys, she is part of my life, already a hero, Hugo Torres, who was the one who freed Ortega from the Somoza prison on December 27, 1974… So I am surrounded by the facts, and I cannot shut up. You cannot say: “I am a writer.” A writer? A writer for what? I do not want to have a political face again, so I am not appearing with a position that nobody has given me or that I wish … I am not a leader in the fight against Ortega, I am a novelist who is crying out against the injustice that is happening in his country . My generation is imprisoned, they are highly prepared people, they aspire to improve their country, and they are persecuted by Ortega, who was our partner against a dictator and he himself is now a dictator.

P. What has been Ortega’s greatest betrayal for you?

R. Seize power, he and his wife. Converting Sandinismo into an obscene family dynasty, because they are people who live on the fringes of society, enjoying a wealth that they have never earned. They live in a ghetto in the center of Managua, as a separate social class, with extraordinary privileges in a poor society, and it is a dynasty. In other words, Ortega intends for it to be a dynasty, to repeat the model that cost so much blood and that we believed buried, the Somoza model.

P. Cortázar greeted that revolution and now people underline his words, understanding that there is still a revolution in Nicaragua …

R. Times have changed. When Julio [Cortázar] lands in Nicaragua, he meets a very poor town and a capital devastated by an earthquake. They are surrounded by almost barefoot militiamen, teenagers carrying rifles. He sees the desolation, the poverty, the struggle of a people who, even in times of revolutionary dreams, want to rise from the ashes, and excesses are already taking place. But Julio’s mentality can be said to be naive, wants to defend that little creature that he sees as defenseless, in the face of an avalanche that is coming upon him, because the United States is organizing the against. And on the other side the Soviet Union is ready, which Nicaragua embraces to protect it … That was naive too, but that’s what was happening. I don’t see Cortázar today saying “wait, be patient with Ortega.”

The Ortega dictatorship has greatly transformed the romantic idea that we had of the revolution.

P. About thirty years ago you wrote Bye guys evoking the years of exile and struggle, and now he is out of his country again …

R. I’m out on medical treatment. I am still resisting my step into exile, perhaps it is something mental, and I hope to return to Nicaragua. It is an illusion: I am in a room, by the way, I have my suitcase in front of me, I have not undone it … When I was exiled and was fighting Somoza, I had my life ahead of me. Today I have life behind. I can’t make long-term plans. I am simply living, thinking, as Alcoholics Anonymous do, day by day, to see how tomorrow dawns.

P. Before leaving for his medical treatment, Ortega’s forces summoned him to the Prosecutor’s Office. How did you feel?

R. I felt that they were trying to humiliate me, to sit on a kind of bench before an ignorant prosecutor. They didn’t ask me any questions. They were filling a requirement. The message was that I was not untouchable …

P. Did that speed up your march?

R. No. I actually left Nicaragua for my medical treatment, and I didn’t think I would not return. I already told you: I left with a small suitcase, I packed a couple of shirts and pants, all my medicines, which always go with me, and my wife did the same. We continue with the suitcase open. 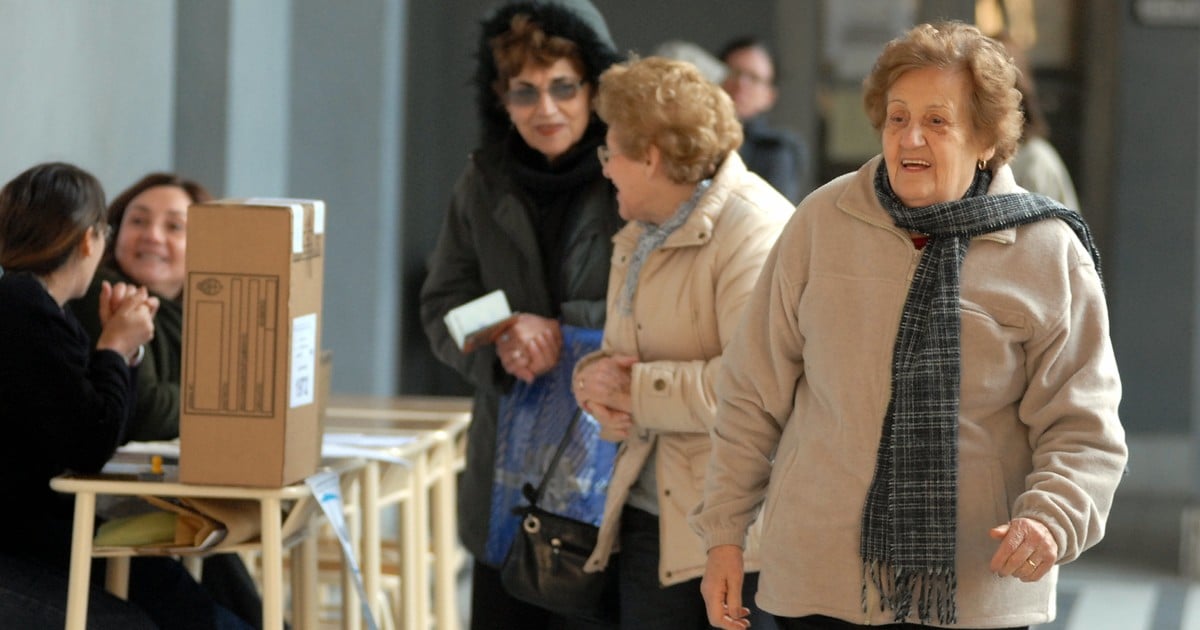