Sergio Pellicer: “Scepovic is another soldier for the squad” 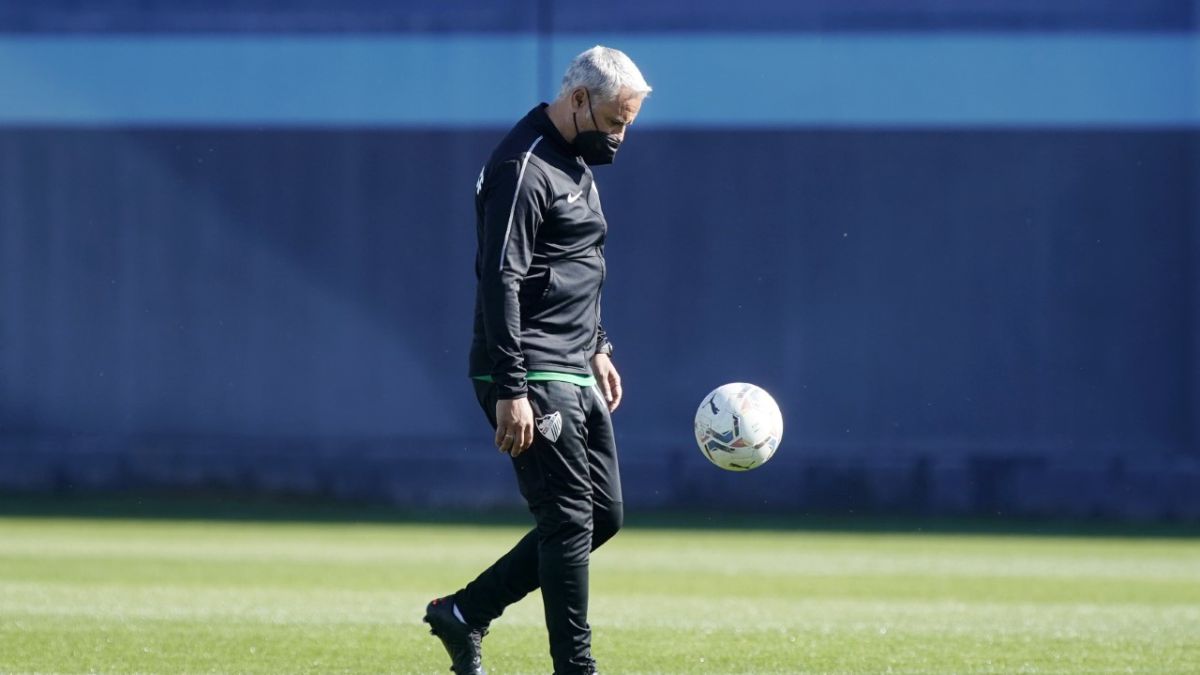 Will Scepovic travel to Logroño? “He has done training with the group and, possibly, travel, but he will be in a situation very similar to what Orlando was in the first game against Tenerife, which was the transfer. Until the last minute we will not know. We are with the topic of Ismael, Hicham and Ramón. Orlando and Cristian will not be there. With Stefan you have to spin very fine. He is a boy who is prepared. It is clear that he has not competed for a month, but above all he will give us another alternative in those attack options where we are scarce and he comes to help. It is a good piece to contribute as happened with Calero, that Alexander came and has entered into a group dynamic perfectly. I am happy because I see that he has come in shape. With newcomer players you have to be calm. I think he is one more soldier that we have for the squad, to help us achieve the objective ”.

What about Hicham? “It is a case where we have to be very cautious due to the situation that has been going on all season. Two muscle injuries for such an explosive player. You have entered a loop and you have to look at all the options. I think it will help us ”.

New position of Luis Muñoz: “There is a very clear key that is what the players transfer in training. It surprised me that he didn’t have chances. He is a player that we know had the soul of a forward from the lower categories. It was a central that looked forward, that fixed spaces, that led. Last year with Keidi’s injury he began to play as a midfielder and gave us another profile. He is a versatile player, he can generate many possibilities. We have seen his new position in the day-to-day training. From there, we give him freedom in attack to move with discretion. He is doing it perfectly. Every training is a solution, nowadays you cannot tag a player in a position. You have to give it continuity and continue. You have to be on the alert, when a player is on fire you have to keep your feet on the ground ”.

Ramon. “When the issue of the shoulder occurred, there were three games in which we wanted to strengthen the area. Right now it is not a shoulder problem, it has gained strength. It is not 100% but it is almost there. Now there is another problem, in the back and the gluteus. I hope that next week those problems will disappear. With your shoulder you have to be on the alert, we already lived it with Ricca. But right now it is not the concern, although it will be there. Now we think that he will be able to help us. I am confident that when those discomfort disappear I believe that he will be able to help us ”.

Can you fight for promotion? “The players have to be ambitious, but we know how hard it is every week to be able to train, to make the call. There is a very clear example, the statistics are there. The team is doing an excellent job, but we have to be vigilant. A victory makes you look up and a loss looks down. The goal is to achieve the 50 dreamed points, but here nobody relaxes. The group is ambitious, but it would be a serious mistake to set a goal for ourselves beyond the next game. I like that the players have dreams, but the reality is to get three points tomorrow. It would make us be in a much better area than we are. You have to be very restrained, humble and ambitious at the same time ”.

Return to Logroño. He directed two games in 2010-11 against Valencia (Copa) and Osasuna B. “I am returning to a place after 10 years after having lived a brutal personal and professional experience. I was an assistant to a great coach and friend of mine who is Josip Visjnic. I appeared in an acting way, but not wanted on my part. Whenever I go to a very special place, I have many dear people. It is a club to which I have a special esteem ”.

Analysis of the rival. “He is competing very well. It is a team of streaks, it is very difficult in this category to win. They are small details. The other day on the last play he lost two points. The margin of error is minimal. He has recovered players who were injured. He has a very clear idea, he wants to have the ball and is looking for speed on the outside and many centers. It is going to be a tremendously tough game due to the circumstances ”.

Hillman: Evaluating the performance of the connection must be reasonable!