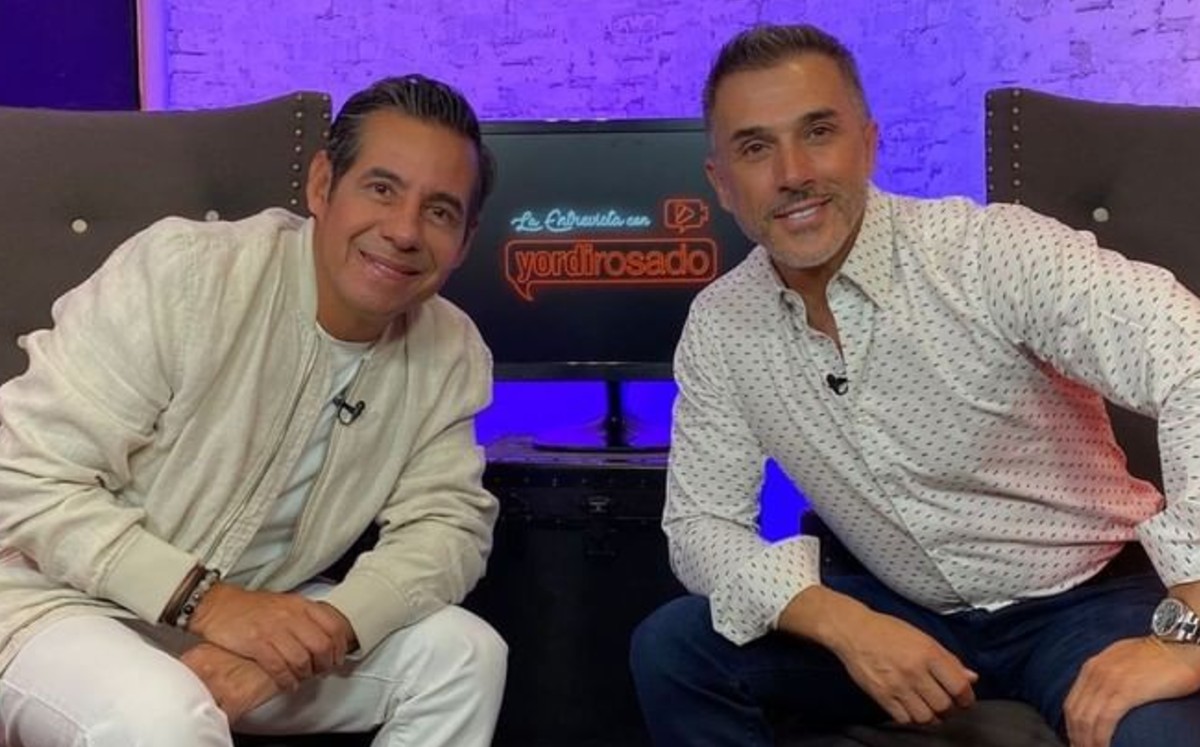 Sergio mayer, who has been involved in a great controversy due to his intervention in the case of Héctor Parra, an actor accused of sexual abuse, went to Yordi Rosado’s Sunday program on YouTube to talk about this situation and his political career, an aspect in which plans to continue climbing steps, because revealed that he wants to be Head of Government of Mexico City.

Although first the former member of the group Garibaldi He told how he got to the political world: “They never spoke to me for being popular, because there are people who are more popular than me, who have more followers. Nor was it a matter of occurrence. “

“I wanted to be a model to become an actor, when I was an actor I got a family and many years ago I said: ‘I want to do politics’ and do things as an actor to become a politician, because the better known and more famous you are, the more doors you open. I used the artistic medium to get to where I am, “he said.

Later, on the case of Héctor Parra, where Mayer has supported the alleged victim, he stated: “TOtime It turns out that by supporting the victim you are doing influence peddling. (…) I cannot decide if what the victim says is true or a lie; my job is to listen to the victim and guide her to make the complaint “.

“This Mexico that we are living in is so bizarre and it is so crazy, that now they are asking for justice for the alleged rapist“, he asserted.

Regarding the accusation of having links with criminals, as the journalist Anabel Hernández pointed out in the book The lords of the narco, said: “If there is an investigation in the Prosecutor’s Office with my name, why not prove it? She later half backed down. (…) Today, Anyone can come in to find out if there is an investigation or not. Why don’t they stop speculating? I have always shown my face; Of all the accusations that have been made against me, there is not a single thing that they show that it is true. “

“It is the first time that I am going to say it and I know that it will cause a lot of noise, it will generate: I would like to be a Senator of the Republic or Head of Government of Mexico City“he revealed near the end of the interview.

Also, Mayer recalled that when “I said I wanted to be a deputy, everyone made fun of him, everyone said: ‘The striper’, in a pejorative way. I don’t feel sorry for having been a stripper, because it’s part of my career, it’s part of my history, and strippers earn their bread with work and it’s valid. “

“I want to leave a mark of something positive. And I’m going to receive all the criticism for having said it here on your show, but I don’t care, it’s what motivates me the most“concluded the actor regarding his short-term desire in politics.