Sergio Massa began his tour of the United States with a focus on the IMF, and as a show of internal power 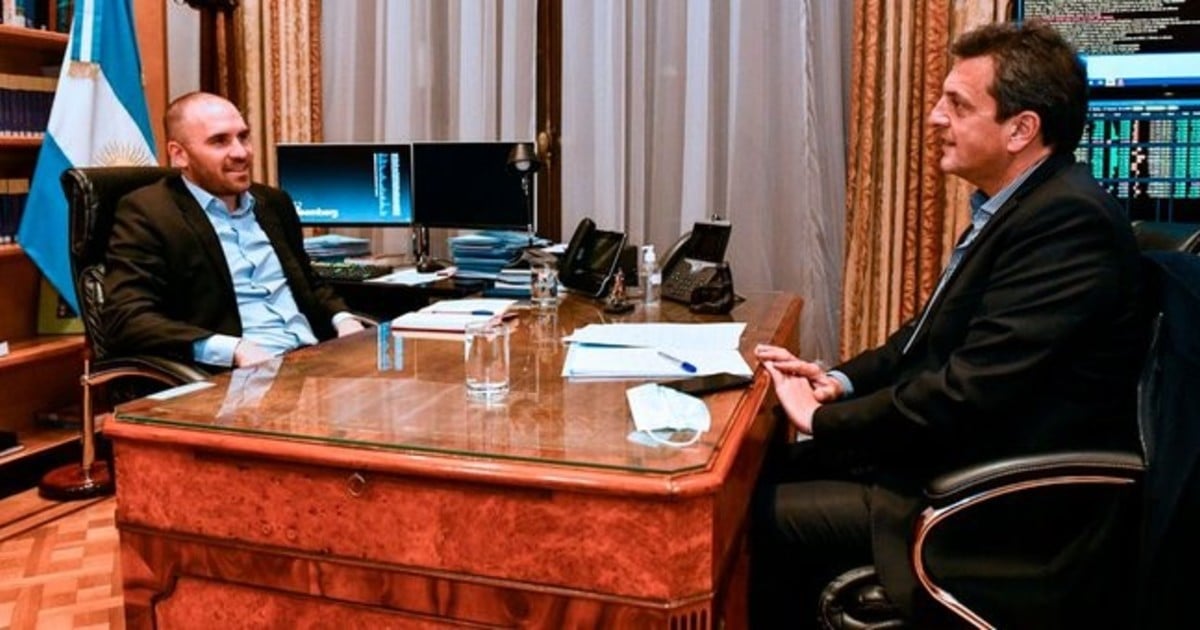 Based in the White House and in Congress, crossed entirely by negotiations with the Monetary Fund, Sergio Massa started his five-day visit to the United States this Sunday night with which the leader of the Renewing Front will show his political fortress Inside the government coalition, in the midst of Alberto Fernández’s stumbling blocks in the last week, which once again turned on the alarm lights in the Everyone’s Front.

Before flying to Washington on Saturday, Massa opened to the President his agenda of meetings in Washington and New York with which he will try to garner the political support of the United States for the Argentine renegotiation with the IMF, which already has the accession of Europe after the recent tour of Fernández and Martín Guzmán through that continent.

Last year, the agreement with the private bondholders had aroused some misgivings between Economía and the president of the Chamber of Deputies. Poster problems.

This Sunday, the head of state and the minister had breakfast in Olivos, a routine that became frequent. And Sergio Chodos, the Argentine representative in the Fund, returned to the United States.

The conversations with the Fund have a direct impact on the negotiations with the Paris club: The Government is still seeking the bridge agreement after the grace period that began to run at the beginning of the month for the debt of US $ 2.4 billion.

“The target is the IMF. Sergio spoke with Guzmán and with the President before traveling“They explained from the massista delegation once they landed in Washington, and that includes the diplomat Gustavo Martínez Pandiani and the deputy Laura Russo, an Escobar leader with good ties to that country.

Democratic consultant Freddy Balsera, a former collaborator of Barack Obama, managed some of the meetings of a large agenda that goes from dinner this Sunday with Juan Gonzalez, special adviser to Joe Biden, to meetings with Julie Chung, Undersecretary for Western Hemisphere Affairs, Senator Bob Menendez or Jack rosen, president of the American Jewish Congress, in New York.

In that city, the former mayor of Tigre will end his tour with former President Bill Clinton.

The trip, which the head of the lower house confirmed with the invitation that the advisor González made him during the barbecue in Tigre, two months ago, It comes at a time when Massa managed to take part of the public agenda, and exhibit a preponderant role in the balance of forces of the Frente de Todos.

With Fernández going through a leadership crisis that in the last week became more acute with his controversial phrase along with the Spaniard Pedro Sánchez, Massa strengthened his partnership with Máximo Kirchner. Also with the vice president: in the corridors of power it even transcends that the leader of the Renovador Front offered him some of the good judicial ties he has to soften his concerns.

For his role, he did indeed sound last year as a possible replacement for Santiago Cafiero. A version that annoyed the chief of staff’s own collaborators, who identified Massa as the main interested party in those versions.

The former mayor ignored the rumors at a barbecue in Olivos, in front of Fernández, Cafiero, Máximo Kirchner and Eduardo “Wado” from Pedro, long before those gatherings moved to La Plata.

Last week, the President of the Deputies showed his talents to occupy the public agenda with two initiatives of strong media impact: the summons in Congress of the supplier laboratories or in discussion for the sale of vaccines against COVID with the Argentine State , Y the bill aimed at alleviating the tax burden of some four million monotributistas, which confronted him with a sector of the Government.

Last Tuesday, before the bill that cancels the retroactive adjustment to January of the monotax fees, which expands billing levels and abolishes the payment of interest and penalties for debtors, entered the House, Massa already had the text written.

He had agreed with his technical teams – a former AFIP official stood out – and those of Máximo Kirchner. Among them, the leaders of Kirchnerism in Social Security and the DGI of the organism. And in line with the President and Guzmán. Massa’s ties create tension with Mercedes Marcó del Pont.

The former mayor had already tried to capitalize the Profits project that sets a floor of $ 150 thousand for the payment of the tax. On Tuesday he also led the explanation in Parliament of the general manager of the local subsidiary of the laboratory Pfizer, in full controversy over the failed contract of the company with the Government for the provision of vaccines.

An initiative promoted by the opposition, led by Mario Negri, which Massa and the head of the block of Deputies of the Front of All quickly took, to try to surf the opposition criticism towards the Executive Power for the vaccination campaign.