Sergio González: “We have to see the glass half full” 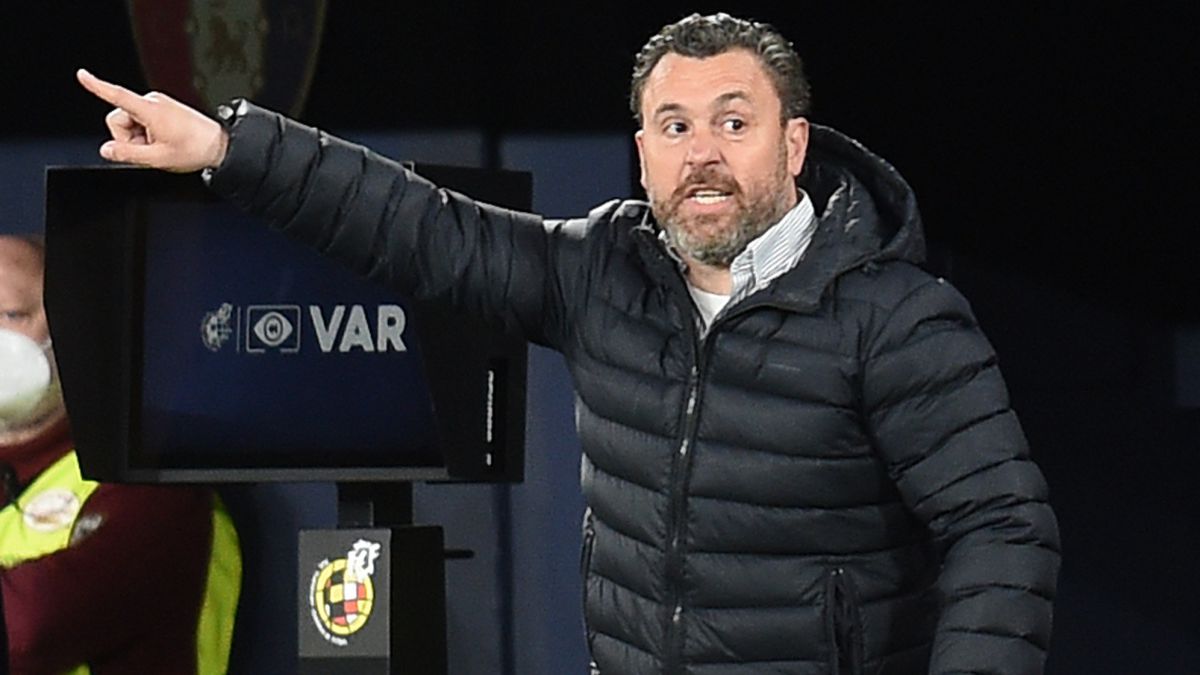 Sergio Gonzalez He opted to see the glass “half full” after the draw of ‘his’ Real Valladolid against Osasuna. Although the Blanquivioletas went to more and had better chances in the second half to win, the success was elusive. However, the Catalan coach positively valued having returned to a clean sheet and the “good things” that his pupils did, especially after 60 minutes.

What summary do you make of the tie?

In the first part Osasuna has been somewhat better; We have been imprecise with the ball, somewhat thick, and we have not had the fluidity of the last games, although we were not suffering too much. The first 15 minutes of the second half were better than us, we cheated and we suffered, but from minute 60 to 90 the team has rebuilt, has had personality and has had several quite clear chances. Until minute 60 the tie is good, and from 60 to 90 I think that, with the points, we were closer to achieving the winning goal. However, this is a very difficult field; Osasuna is a team that is going very strong, that has two very strong forwards, that prints a strong rhythm … I think that adding is always good and we have to see the glass half full, because there is a very strong stretch of the League. We have done good things and we have to analyze the less good.

What have they lacked to be able to win?

The success. The chances we have had have been very clear. Orellana has had a couple of very good situations. Last week we were effective and today I think we lacked that, although I think that, taking the first 10-12 minutes of the second half, the team has been balanced and has had very good feelings. That makes us see the next game in a good way.

In any case, they have returned to leave a clean sheet.

We were aware of it, and it is true that the defensive block and the goalkeeper have been at a great level. Three clean sheets are very few, but I am happy to achieve it and because we have to be reinforced after having done it against a very difficult opponent. He has to reaffirm us and confirm that we must do it more times between now and the end of the season.

Do you think they have been seen better when the team has played with a high rhythm?

It is something that depends on each party; there are some where you can play at a slower pace and others where you feel more comfortable looking to loosen up. I think that in the first half with the ball we were rather thick, we needed a lot of touches, we drove a lot and we couldn’t find solutions. There are phases of each game in which we alternate the two, because it is impossible to spend 90 minutes at a very high pace.

What value do you give to having another golaveraje in your favor?

It is clear that it adds up, but I hope it will not be decisive in the final phase of the League. Hopefully it is not, we are going to work so that it is not like that. The important thing is always to be able to add, and it is clear that having it in favor with one of those rivals is positive. The idea is not to pull that golaveraje.

How have you seen the sides? Was it a premise to open the field with them?

We understood that Osasuna presses very well the beginning of the ball and it becomes very narrow. After theft, if you combine and turn to the other side you oxygenate yourself and make them suffer a little more. We also understand that especially on the side of Rubén García that we could advance the first line of pressure and start the game from that position. The other day against Getafe we ​​also tried it; it is an alternative and a resource to be able to harm them. In the first half it was difficult for us to find the full-backs, but in the second we did and the team noticed, hence it was much higher and the scoring options.

Have you found the way to take advantage of Orellana on the left?

I am very happy with the current state of all the players that make up the offensive line, both from Plano, such as Orellana, Weissman, Guardiola, Kodro, Toni, even if he is not playing, Waldo and Jota, who are training very well … Another day we found a way out there, but we scored the goals on the right, today it was the other way around … The important thing is to have those resources and that the players are at a very high level like now. Hopefully we can take advantage of it and give each player the minutes to give us that leap in quality, production and the goal we need.

How is El Yamiq? What were you looking for with the changes?

He has asked for the change. He had a hit in the quadriceps that could go to more and we had no choice but to change it, because he was asking for it. Also, we wanted to freshen up the top; We have three forwards who are alternating and we have understood that Guardiola’s centimeters could be important in the final stretch both in defensive and offensive actions to settle the result, hence we have changed Weissman. In the center of the field, the change of Roque Mesa for Míchel is because Roque had worn out a lot and Míchel could give us a little more change of orientation, and that of Luis Pérez for Óscar Plano because of Óscar’s discomfort in the discount.

Corona live blog: Italy wants to vaccinate 80 percent of the population by September