Sergio Berni once again attacked Sabina Frederic: ‘The Ministry of National Security does not exist’ 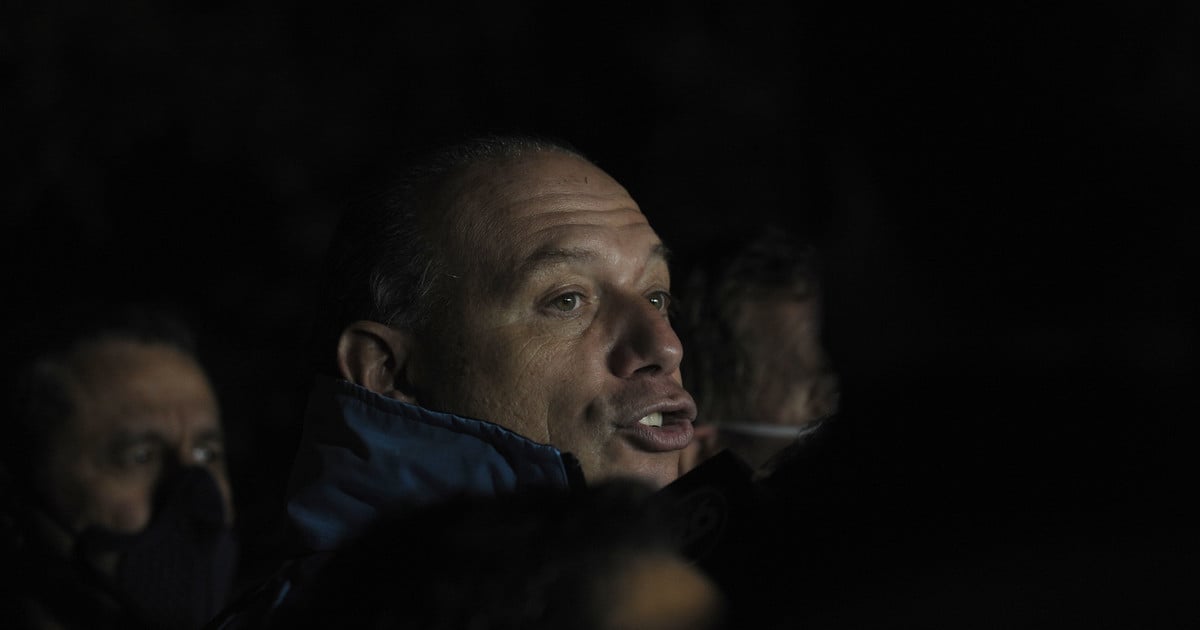 The Buenos Aires Minister of Security, Sergio Berni, rekindled the internment between the Province and the Nation by assuring that the ministry led by Sabina Frederic “does not exist” in his territory.

After the hot episode that he starred in this Thursday against Frederic and his second in line, Eduardo Villalba, the minister of Buenos Aires attacked again and said that from the Nation “the President is not told the truth, they tell him one thing and then do another” .

“They lack respect for the people of Buenos Aires. Not only does it not work, it is an impediment to normal development“Berni said in America.

Although he did not deny the friction and differences that exist with his national counterpart, Berni clarified some details about the scene that was known this Thursday in which, as Clarín could confirm, he took him by the neck to Villalba and told him “I got out of here, I’m going to screw you up”.

“That is anecdotal. First, it wasn’t an argument, it was a monologue (from Berni). I told him what I had to say and nothing more, “he said at first when asked in Loose Animals.

“There are two things that I never do. I am not violent. And there was a prosecutor, if everything they say was true then I should be in prison. I would never say useless to someone, or a liar, I would tell them that it is wrong or is inoperative, “he commented.

When asked in case there were “pushes” in that discussion, Berni smiled and replied: “What is a push? One walks forward, if the other steps back …”.

But before the cross-questions, he clarified: “If I grabbed him by the neck? Nooo … I’m a correct, educated person and I’m a surgeon”.

“I invited him to leave, because it seemed to me that what he was doing was disrespectful,” he explained.

When asked about his role in the Frente de Todos, with a profile that many criticize both outside and inside, Berni said that “in a government coalition we can agree on some things and not so much on other things.”

“I disagree with many things of the Government. But with a difference, many officials who criticize, when we left our lives while they persecuted us with all the mechanisms that (Mauricio) Macri had from the State, many were under the bed“, He launched.

And he responded to those who criticize him: “Kirchner taught me that in politics you have to be a transgressor, and I do what I learned from Néstor and Cristina Kirchner. I learned to take responsibility for myself. “

The case of M

As for the case of M, the 7-year-old girl who was found this Thursday after being kidnapped for three days, Berni said that “because she is alive we have to thank God, but There is nothing to celebrate“.

“We knew that every word could end in a tragedy on the victim’s side, so we must take advantage of every second,” he added.

And about Carlos Alberto Savanz, the man who kidnapped the minor, he recalled that “we were looking for a ghost, because he is excluded. That is marginality, not existing, not having rights or obligations.”

“We always see poverty as a multi-causal issue, and it is not only that, it is multidimensional. The lack of access to education, health, housing, food, makes a person dissolve as a human being” he added.

51 dead in a train accident in Taiwan

MasterChef Celebrity: The day Alex Caniggia dazzled the jury with … the most unlikely dish!