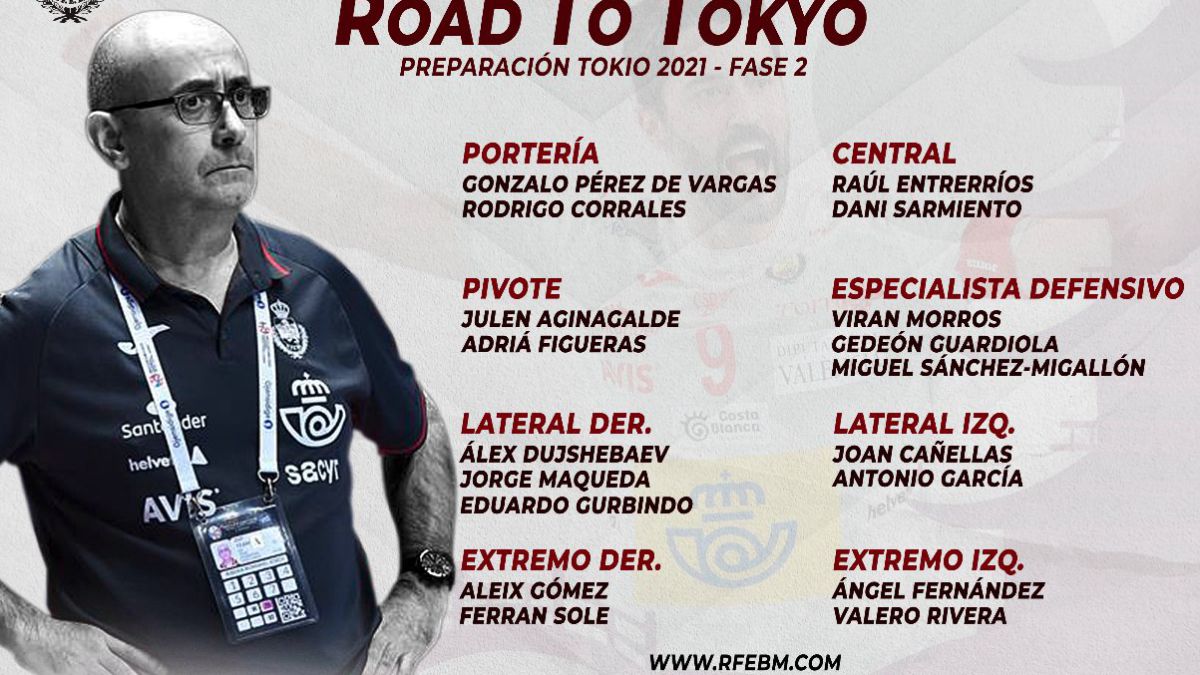 After the suffered victory against Egypt, Hispanics completed the first phase of preparation for the Tokyo Olympics. Jordi Ribera initially called up 20 players, and after the Galician duels against Croatia and the Africans, both successfully resolved, the coach would make the first three discards. Finally, these were the goalkeeper Sergey Hernández, the pivot Rubén Marchán (who participated prominently in the World Cup in January) and the left back Iosu Goñi. In addition, he joins the list Gideón Guardiola, who before could not continue to compete in the German Bundesliga.

In this way, despite making the first three discards, Ribera is left with 18 players for the moment. 14 plus one reserve travel to Tokyo, but that final selection will be made after the second phase of preparation. Hispanics are summoned on Sunday, July 4 at 8:00 p.m. at the Carlos I Silgar hotel in Sanxenxo, Pontevedra, to start this concentration. After this phase, which ends on July 11, those summoned for the Games will be summoned in Madrid on July 14, from where they will depart for Tokyo the next day.

Before, Spain will play two games against Portugal, which will also be at the Olympics. It will be on the 8th and 10th. The first in Caminha, in the Portuguese country; and the second, in Vigo. They are cities that are not very far away. They will be the last tests for what will come in the Olympic event, in which Spain opens on July 24 against Germany in the preliminary phase.