September 15th in “Al Fursan” .. Rangers to establish an academy in Abu Dhabi 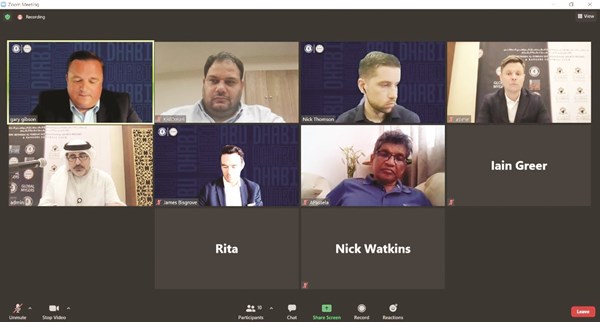 Mohammed Syed Ahmed (Abu Dhabi)
Rangers Scottish football has announced the establishment of its academy at the Al Forsan International Sports Resort in Abu Dhabi. The academy, which it supports in partnership with the Brazilian Football Confederation, is set to open on September 15, and will be open to both boys and girls.
Coaches from the Rangers Football Academy in Abu Dhabi are supervising the training, while there is also an opportunity for young players to travel to Scotland to visit the Ibrox and Rangers Academy.
Sultan Mohammed Al Kaabi, CEO of Al Fursan Holding Company, said: “We are pleased to have a world-renowned academy in Al Fursan, and I am optimistic about this cooperation by signing the MoU, and I believe this takes us to a different level at the international level, by owning the infrastructure and facilities.”
For his part, James Bisgrove, Rangers’ commercial and marketing director, said: “It’s an exciting moment for the club, and we’re proud to be here.
He added, “The establishment of the academy in Abu Dhabi is the latest step in Rangers’ international strategy to expand into the Middle East, after having partner clubs in Germany, the United States and India, in addition to the football academy’s cooperation with clubs around the world.”
Gary Gibson, President of the Football Academies and International Relations at the club, said: “For the first time, Rangers are expanding their global reach in the UAE, with the launch of the Rangers Football Academy in Abu Dhabi.
Chris Brown, managing director of the club, indicated that Rangers is the first Scottish club to establish an academy in the Emirates, and said: We are pleased to agree to partner with one of the most prestigious clubs, which works to support the growth of the game in the Emirates, from great training facilities in Al Fursan, which provide some opportunities Excellent for boys and girls, for first-class training and competitive gaming.

Hoekstra (CDA) about the VVD-D66 piece: ‘There are things in it that appeal to me and things that don’t appeal to me’ | Politics