Sentenced to 22 and a half years in prison Derek Chauvin, the policeman who killed George Floyd 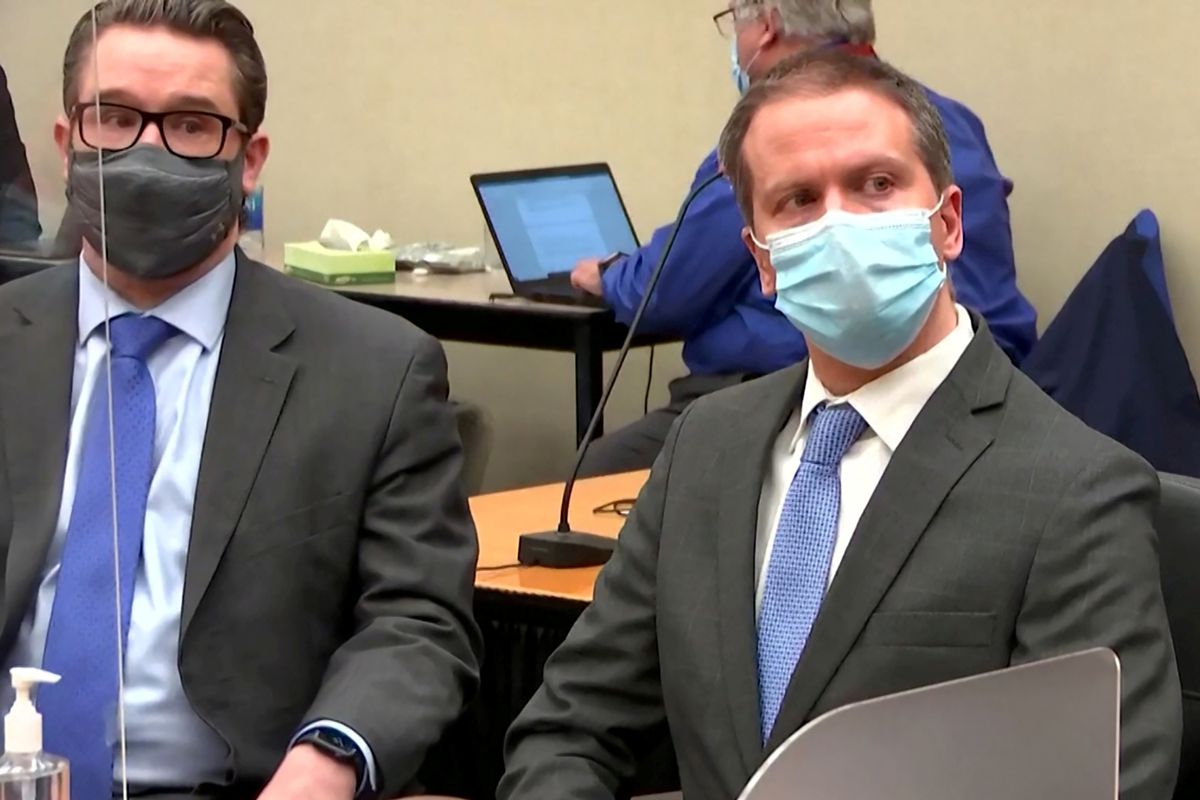 The judge has sentenced former police officer Derek Chauvin to 22 1/2 years in prison for the death of African American George Floyd last year in Minneapolis. Chauvin, 45, was found guilty of all three murder charges after killing Floyd in a brutal arrest, which was recorded by bystanders and sparked a worldwide mobilization against racism and police brutality. Since the verdict was known, on April 20, Chauvin has been isolated for his own safety.

“I do not dictate the sentence based on public opinion or try to send any message with it,” warned the magistrate, Peter Cahill, aware of the social impact of this process. Cahill, who viewed the abuse of power as aggravating, rendered the verdict in an emotionally charged hearing, as was the entire trial.

Several relatives of Floyd took the floor, a video was shown of the young daughter, Gianna, seven years old, saying that she missed her father and, for the first time, the mother of the convicted ex-police officer could be heard. Carolyn Pawlenty defended that her son is “a good man” and warned the jury that the sentence on him is a sentence on her. Chauvin refused a formal statement, alleging pending processes (an appeal or another federal lawsuit for violation of Floyd’s civil rights), but offered his condolences to the African-American’s relatives and, without giving details, advanced that there will be “some information” in the future that, they trusted, would give them some “peace of mind.”

The former police officer faced up to 40 years in prison. The prosecution had requested 30 years, alleging that the agent had acted with special cruelty from a position of authority and with the aggravating circumstance that there were minors present. The defense unsuccessfully demanded a new trial arguing that the jury did not act freely and impartially, but felt pressured and threatened by public opinion. The entire country, and half the world, had set its eyes on this process, which could become a turning point in the fight against abuses by the security forces. In the wake of the case, Congress is debating a police reform law named after Floyd.

The judge pointed out that he did not want to extend too much in the explanation of the sentence, which exceeds the average of years that the State of Minnesota usually imposes for this type of crimes to convicts without a criminal record, and referred to the “legal analysis” written in a document 22 pages in which he explains the aggravations he has taken into account.

The events date back to the afternoon of May 25, 2020, when a patrol responded to a call from a store, Cup Foods, which reported that a customer had paid for a tobacco package with an apparently false $ 20 bill. The clerk had gone out to find the suspect, who was George Floyd, but he had refused to return. He was inside a parked car outside the establishment. When the police arrived, Floyd initially resisted and Chauvin and two other officers pinned him to the ground. When Floyd stopped resisting, the pressure did not abate and those endless nine minutes began, in which the policeman’s knee squeezes the man who cries out that he cannot breathe.

Convictions of police officers for manslaughter in the line of duty are very rare. According to research by Bowling Green State University Professor of Criminal Law Philip M. Stinson, cited this Friday by The New York TimesOnly 11 have been convicted since 2005, counting Chauvin. He will be, in the history of Minneapolis, the second agent to end up behind bars for a crime during a police action.

The most serious crime for which he has been convicted, unintentional second degree murder, applies when the murder is not premeditated but occurs while another crime is being committed, in this case, that of assaulting Floyd. It usually carries a sentence of 12 and a half years for a convict without a criminal record, as is the case with Chauvin. He was also convicted of third degree murder and second degree manslaughter. The first refers to someone who has acted in an extremely dangerous way, without regard for human life, and can be up to 25 years but the recommendation for cases like this is 10.5 years. And the third charge, that of involuntary manslaughter in the second degree, punishes culpable negligence: whoever commits it, knowing the risks, causes death or serious damage. It takes up to 10 years behind bars.

The other three officers who were with Chauvin that day, Thomas Lane, J. Kueng and Tou Thao, will go to trial in March 2022 for collaborating with and being complicit in the crimes of involuntary manslaughter. The procedure was scheduled for this August, but a judge decided to postpone it, in part, to allow the wake of the Chauvin trial to fade and to try to minimize one procedure from another. The four also face three federal charges for “intentionally” violating Floyd’s constitutional rights, which may lead to a new trial, still undated.

On the sidelines of the criminal proceedings against Chauvin and his companions, George Floyd’s family filed a civil lawsuit against the city of Minneapolis that resulted in a historic settlement of $ 27 million in compensation last March to avoid trial. According to the Floyd’s attorney, Ben Crump, this is the largest pre-settlement settlement ever made in a civil rights case.